I love most desserts (yes, I know, sugar isn’t good for you, but I love it), but especially baklava. It is one of my absolute favorites (along with red velvet cake, key lime pie, blueberry crisps….so many), and yet I have never made it myself. So during a heat wave in Oregon, I decided IF NOT NOW, THEN WHEN, and made my first homemade baklava, and let me tell you, it is delicious and I plan to make it again! It is that good! 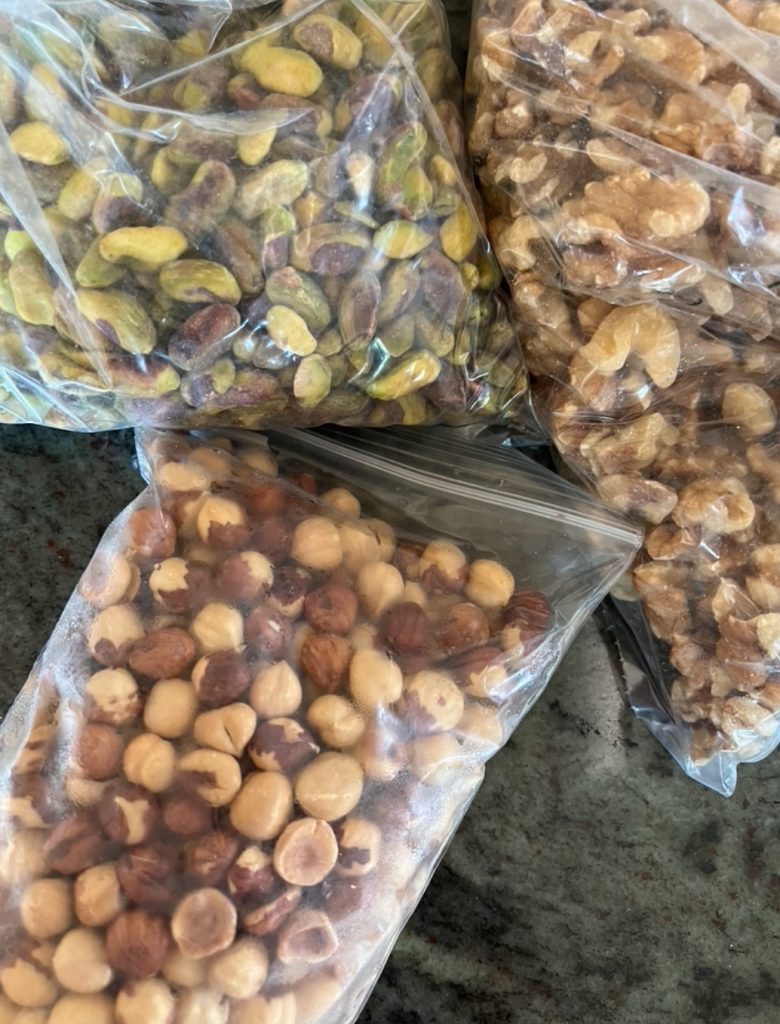 For the Baklava and Nut Filling

For the honey syrup

* Make the honey syrup — which is place the water in a saucepan, stirring occasionally, until sugar dissolves. Add the honey; stir to mix. Bring to a boil, then lower heat and let simmer for about 25 minutes. Remove syrup from heat. Add lemon juice. Remove the and let the syrup cool completely (it will thicken a little bit).

* Make the Nut Mixture: In the bowl of a food processor fitted with a blade, add the pistachios, walnut, and hazelnuts. Pulse a few times to chop. Transfer to a large mixing bowl and add sugar, cinnamon, and ground cloves. Mix well to combine. 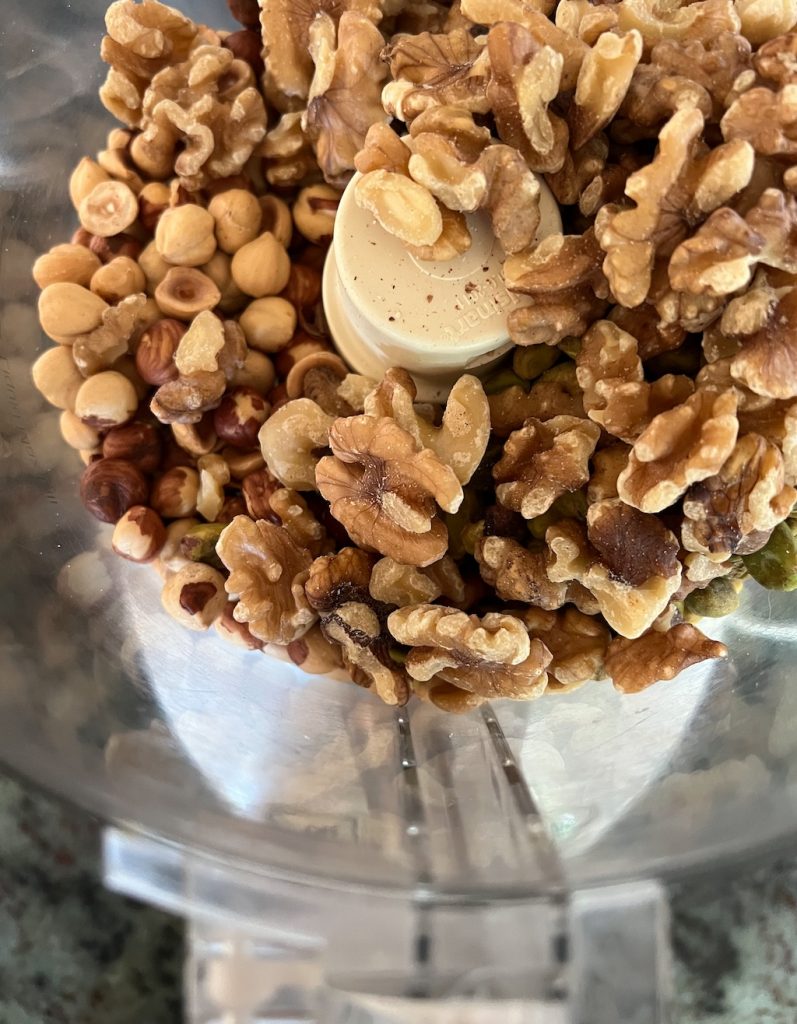 Pulse. And don’t make it in to a nut butter — just make some coarse, and some fine. 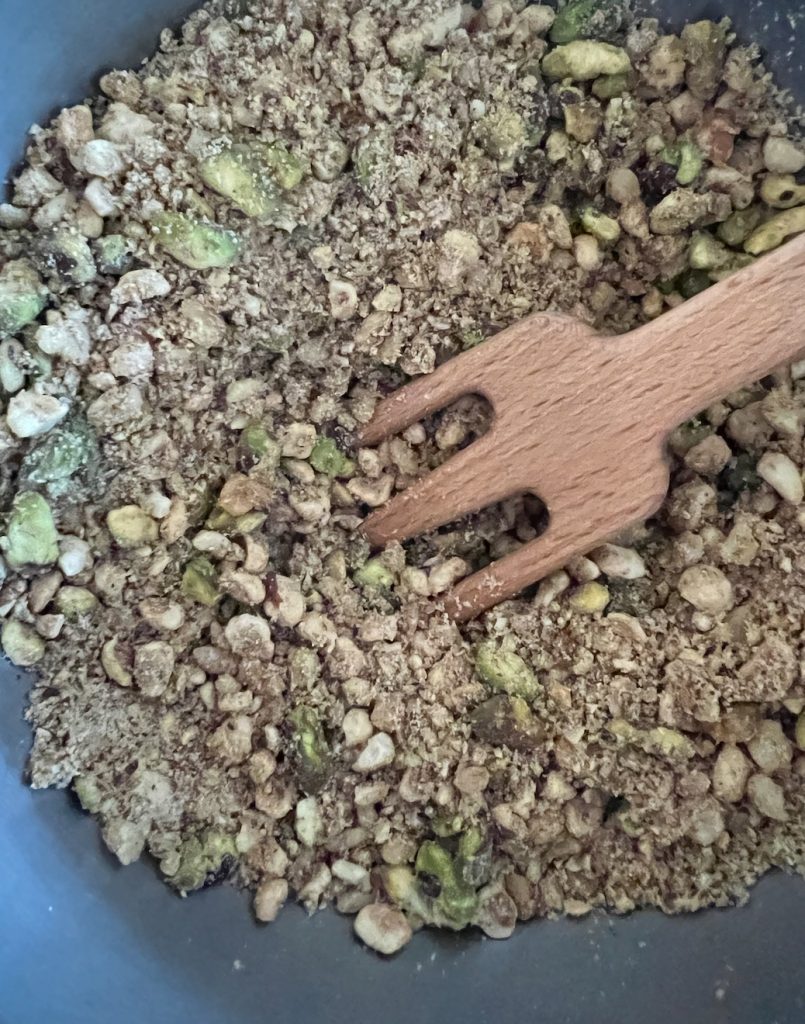 * Prepare the phyllo pastry: Carefully unroll the thawed phyllo pastry and place the sheets in between two clean kitchen towels. This will help keep the phyllo from breaking while you work. 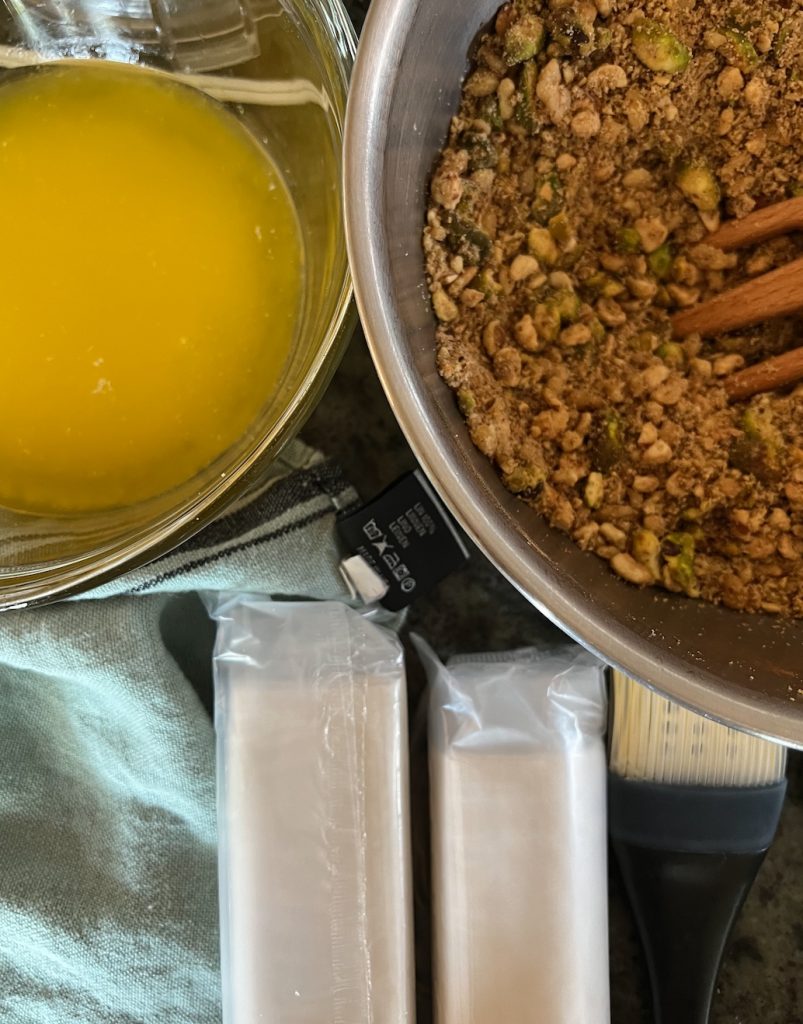 Melted butter (I started with 1.5 sticks of butter and ended up using the other half later on). 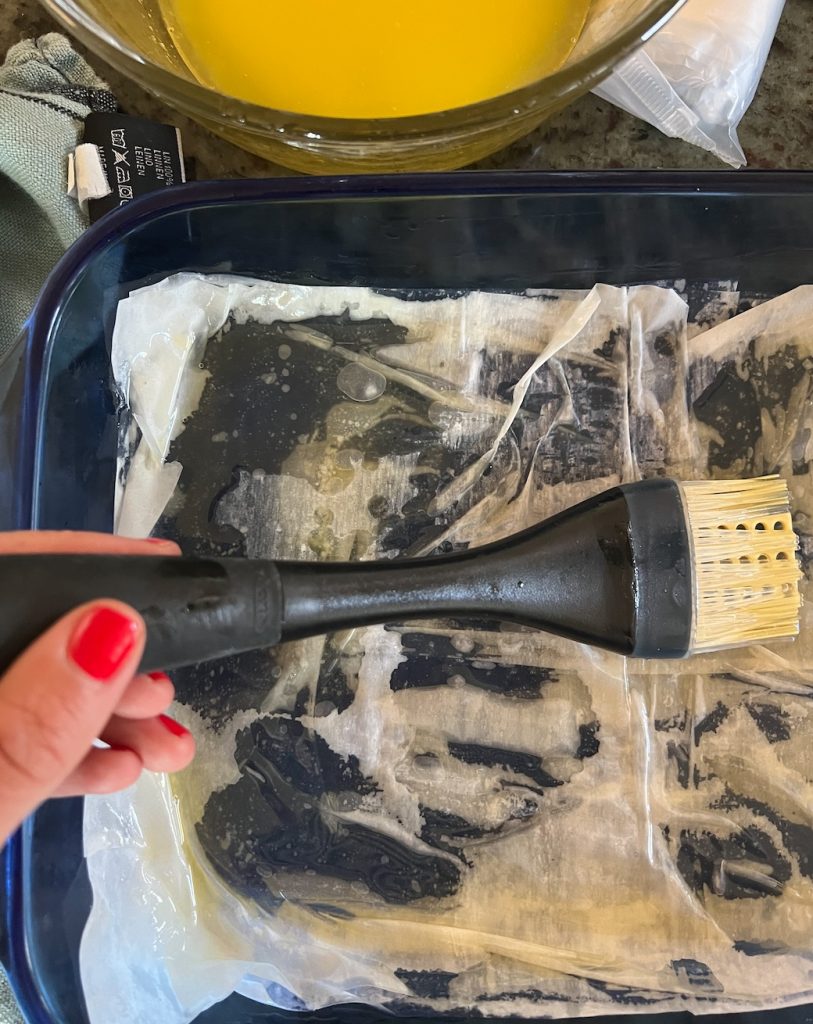 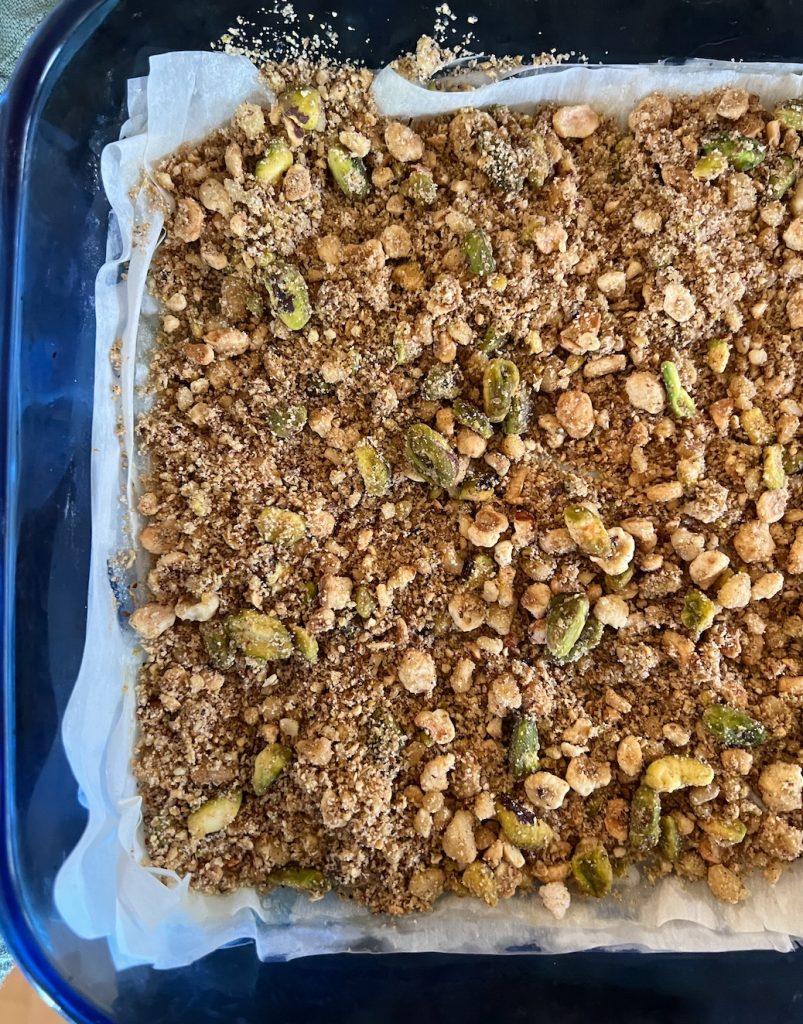 Half the nut mixture.

* Distribute some of the Nut Mixture: about half of the nut mixture evenly over the top layer of phyllo. 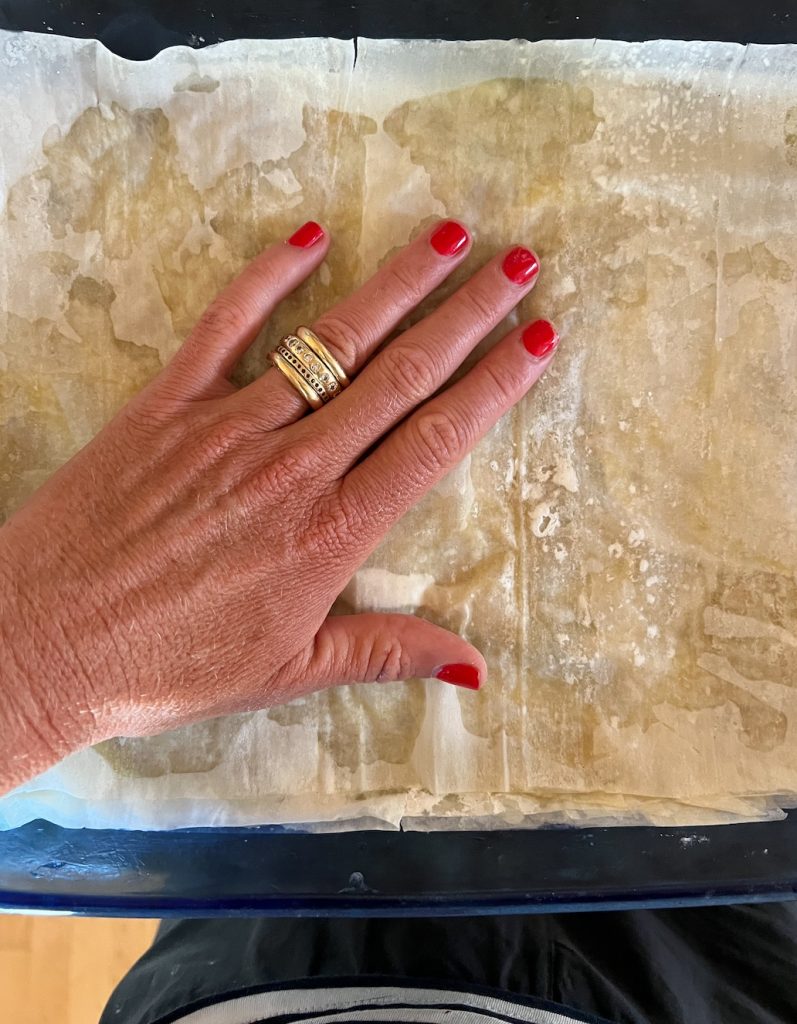 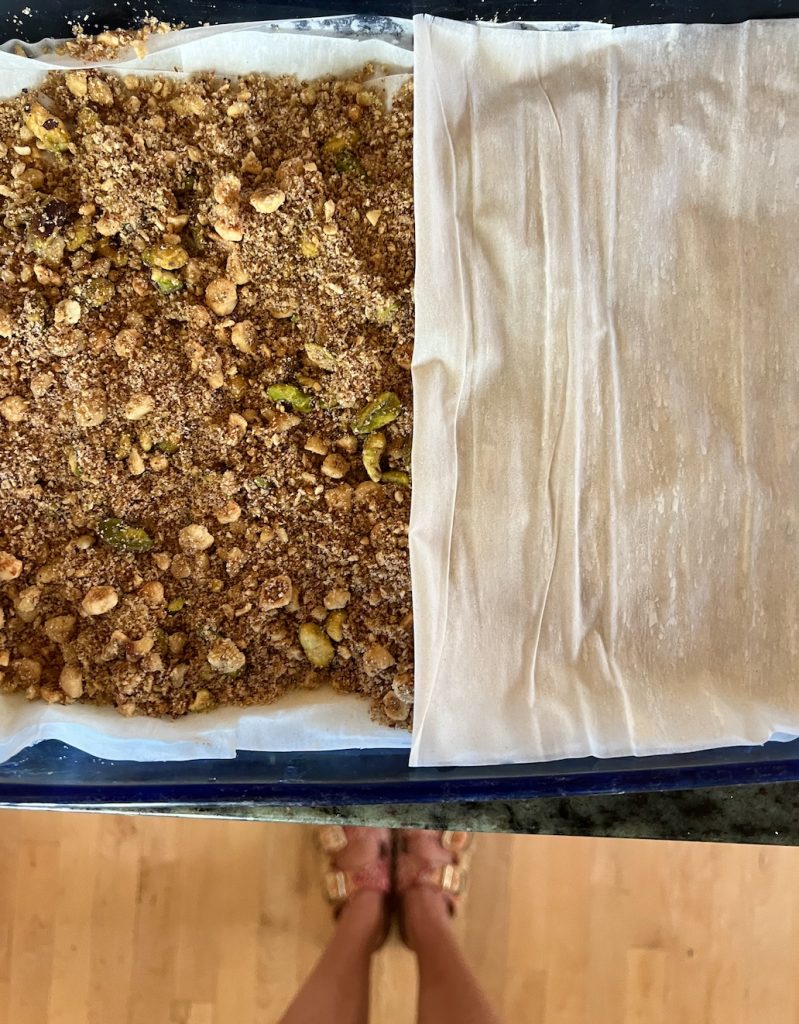 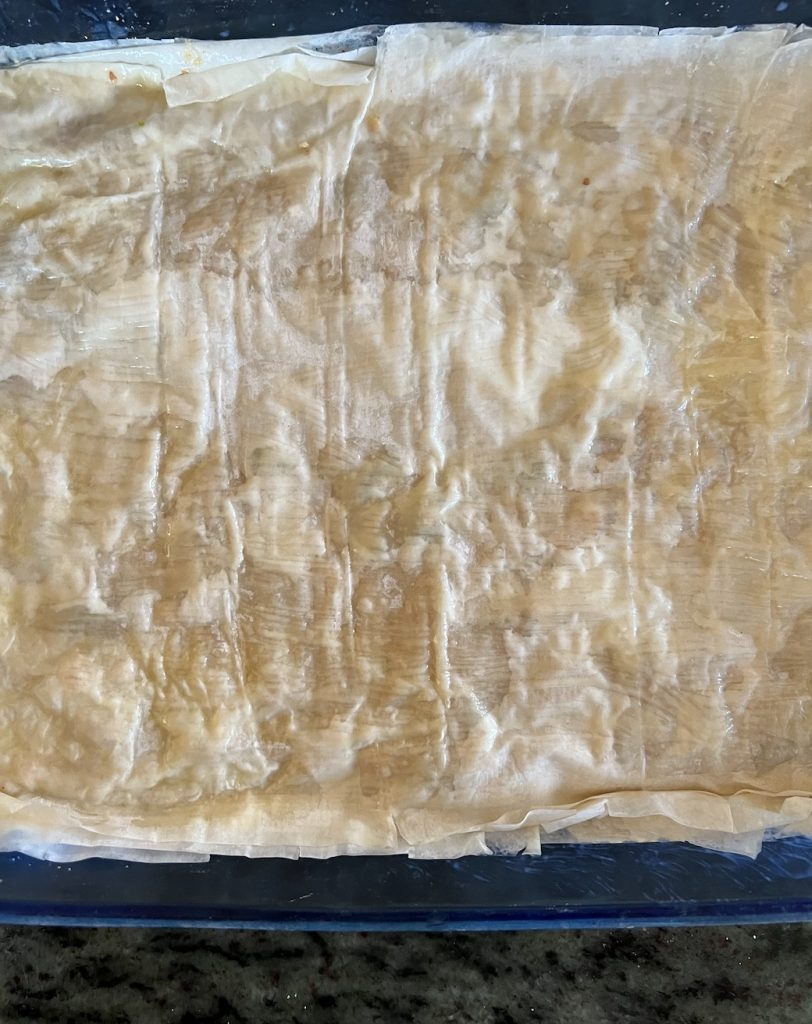 More and more. Brush the very top sheet of phyllo with butter. 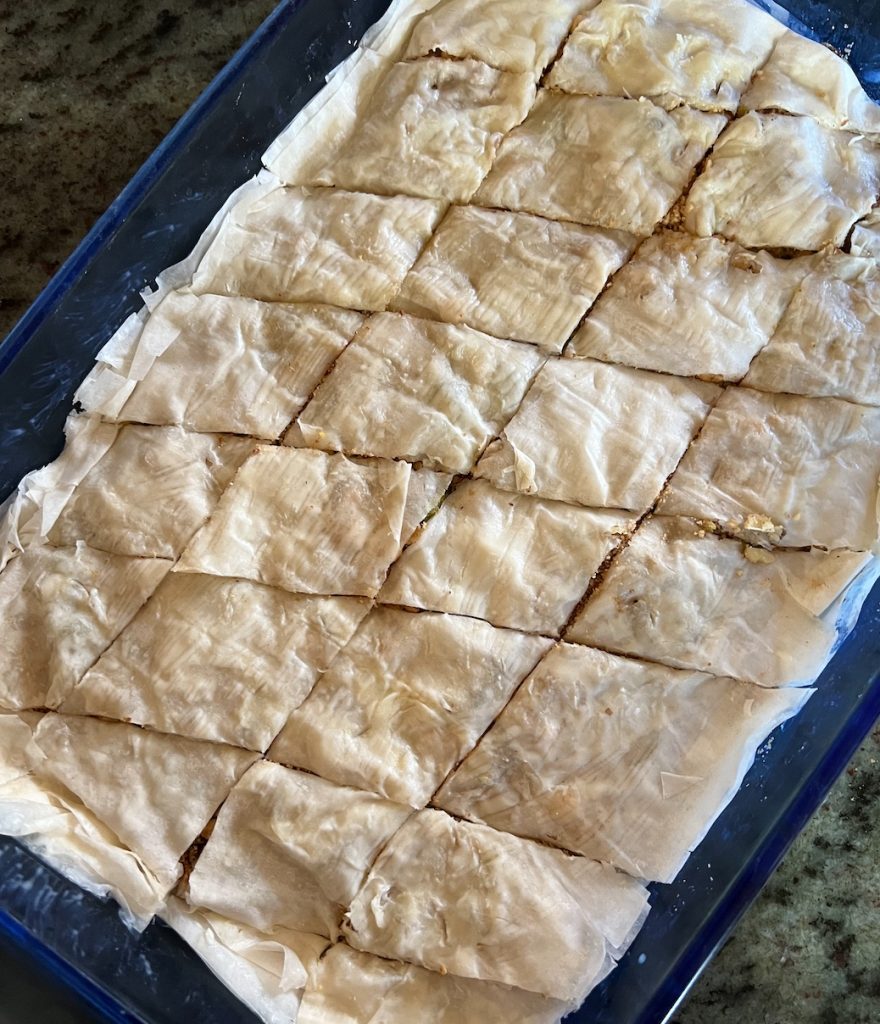 Hardest part is cutting it!

* The bake it. Bake anywhere from 35 to 45 minutes or until the top of the baklava turns golden and a skewer inserted in the center comes out clean.

* Finally, pour the cool syrup into the hot baklava. Distribute the syrup evenly. Let the baklava cool before eating it! 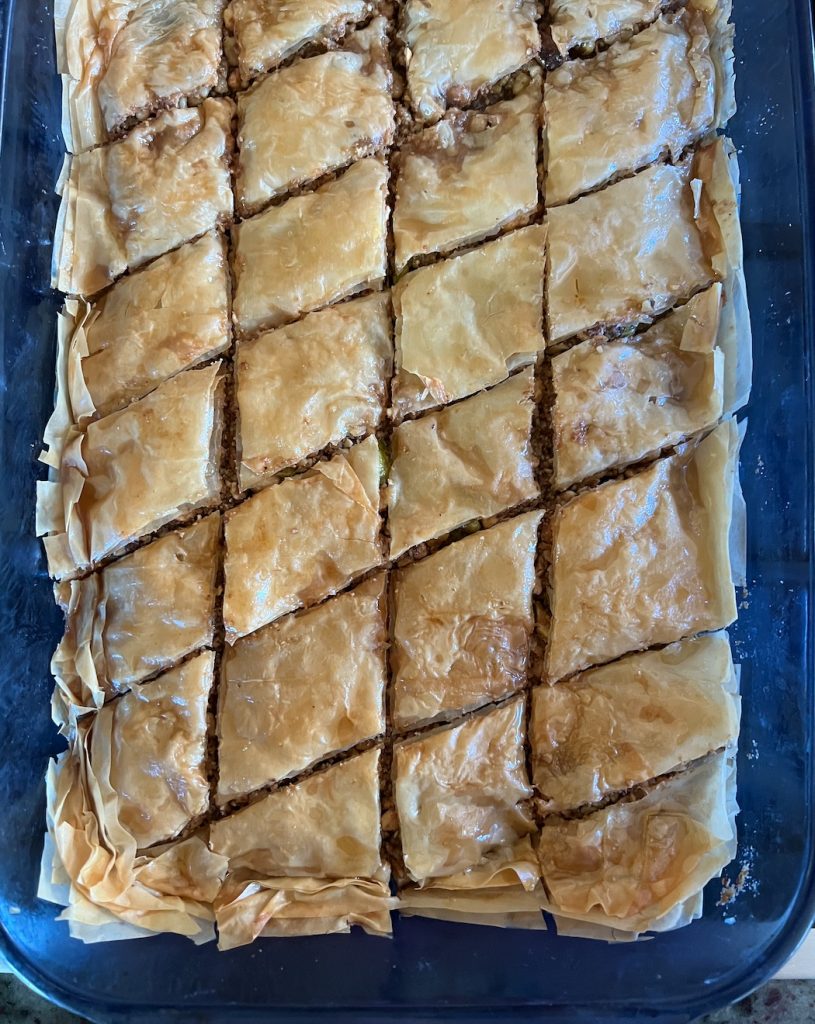 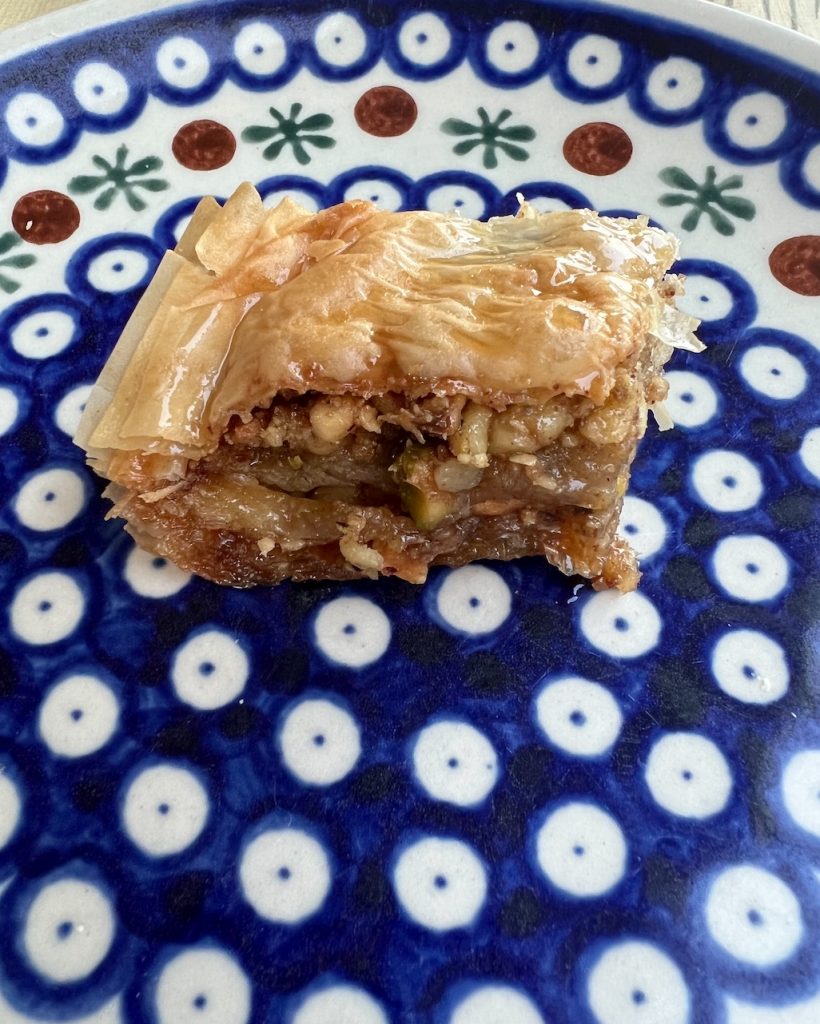 The perfect nutty sweet bite. You can store it in the fridge or freezer — it stays delicious for quite some time!

If you are like me and needed a 10 minute video on how to make it, go here. Seems complicated with lots of steps — but it wasn’t very complicated and is definitely worth making it at home!