One of my lifelong dreams is to be a ball girl for the US Open. Not as a joke or as a ‘maybe someday’ … but an actual ‘this is going to happen at some point’ dream.  One of the prerequisites to be a US Open Ball Person is to volunteer at the Jana Hunsaker Wheelchair Tennis Tournament that takes places annually at Flushing Meadow (where the US Open is held). So, despite it being an incredibly busy time in the end of the school year rush, I signed up to volunteer (and even got two friends to join)!  And I am so glad I did — truly a highlight of my week, month, and YEAR! 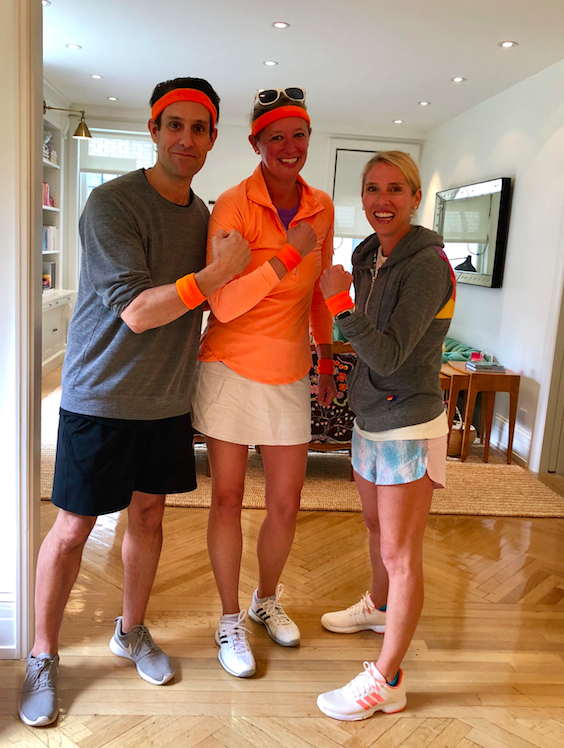 To say we were excited was an understatement. The three of us were giggling nonstop, before, during and after. Truly, a fun and highly enjoyable day. And we all want to do it again next year — this specific tournament as well as sign up to try out to be official Ball People at the US Open. I was a little unprepared and had to buy myself some tennis shoes — I only own running shoes (which scuff up the courts) — literally, they arrived the night before. 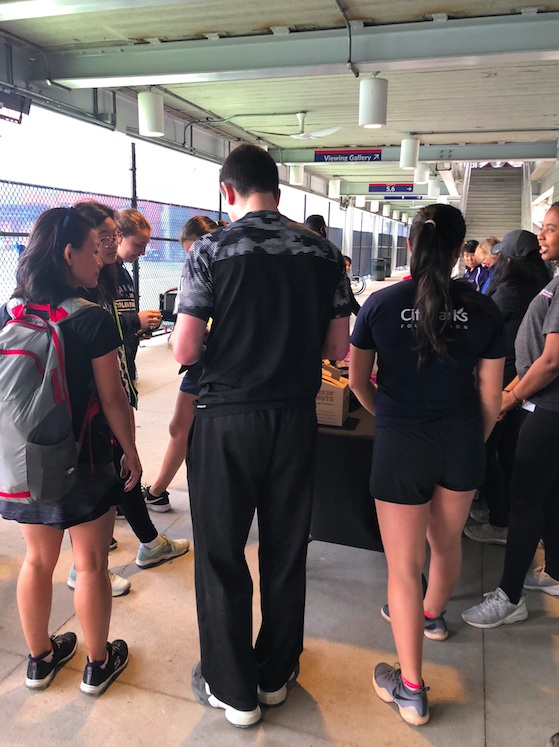 Every single ball person was younger than us. There was even a 9 year old and a 12 year old, but the majority of the ball people were 7th graders. 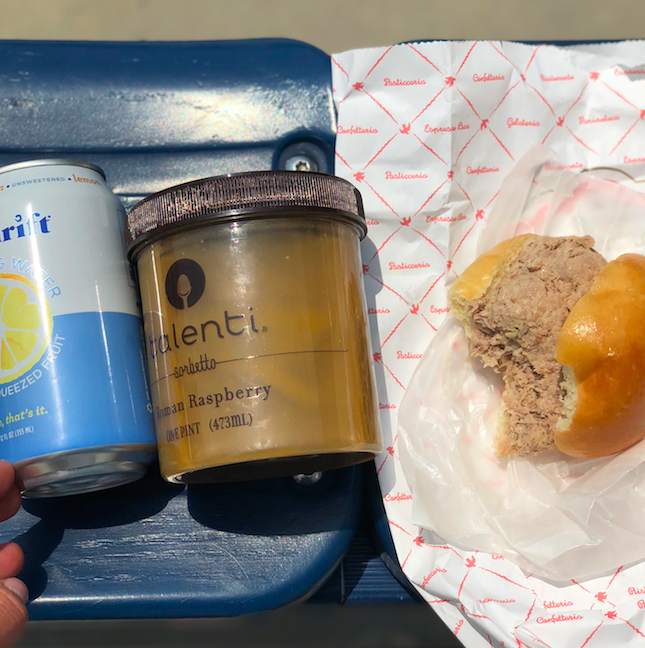 Although the tournament served lunch to all volunteers (pizza), of course the three of us bought our own #BougieLunches. I brought homemade gazpacho, and a tuna artichoke sandwich from San Ambrose — my favorite sandwich in the city. 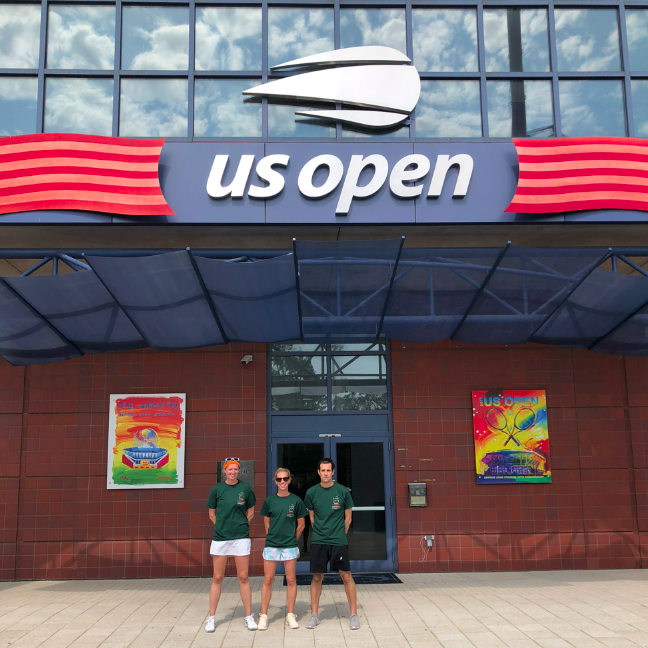 So official. And so proud of our day. 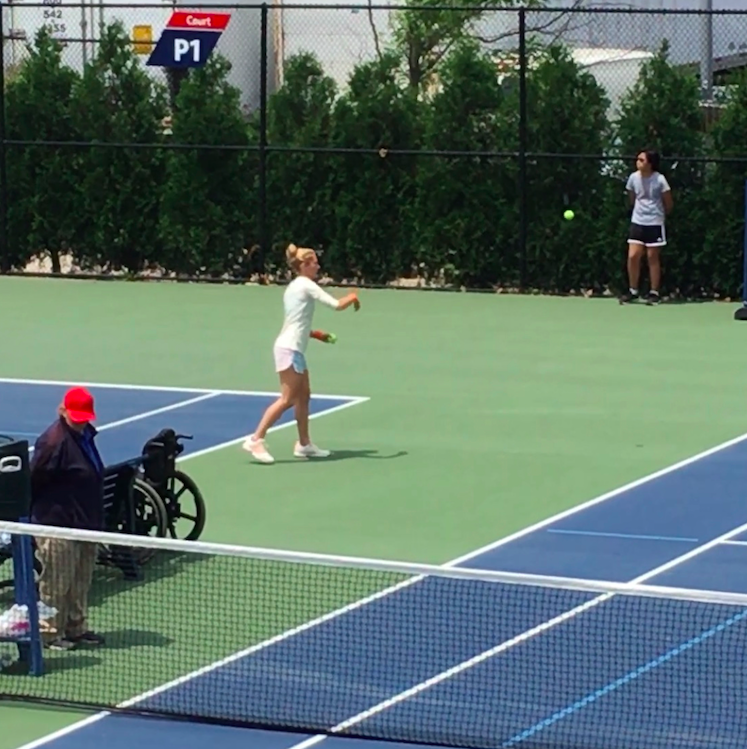 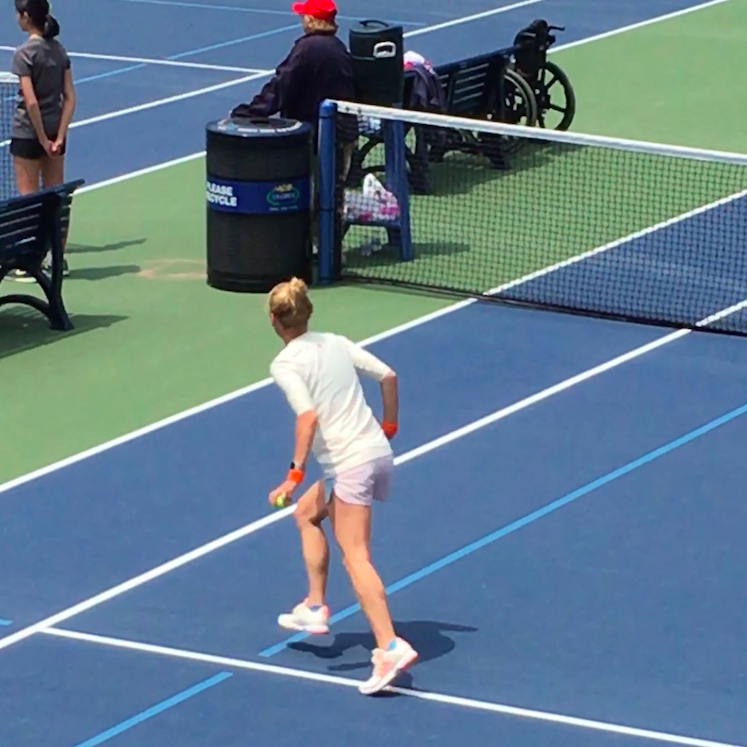 You can’t tell, but I am actually hustling. 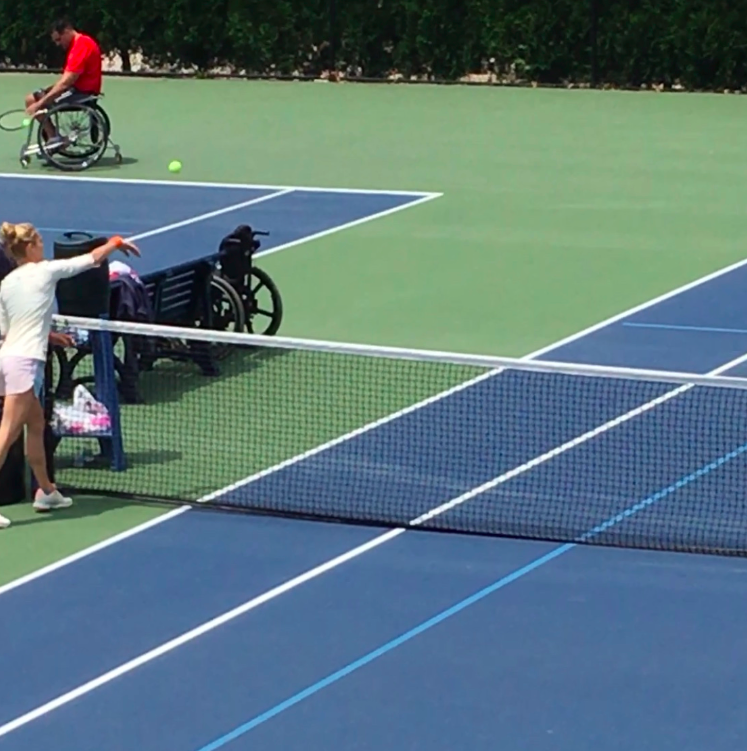 Arm looks bad, but I made it to where it needed to go 90% of the time. 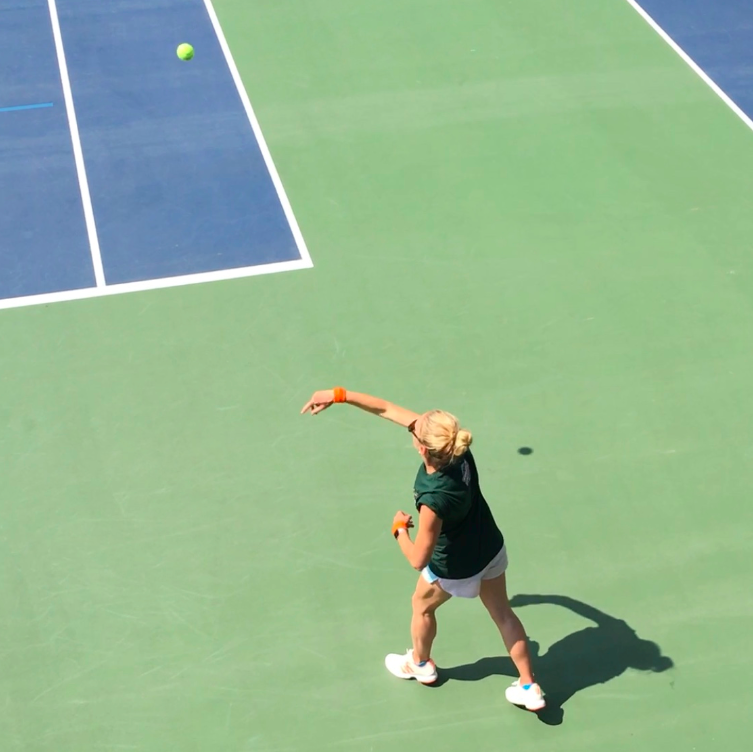 When we had our official shirts, we looked even more official.

It was an incredible experience and so much fun. Not only were we helping others out, but we were enjoying ourselves too. I am just upset that we were not able to do it for more days, but due to family and school obligations, this was it this year. But next year, MORE! And if anyone wants to join in, the more the merrier. The tournament needs more help.