I have an obsession with grocery stores. I love maneuvering through big crowds, window shopping, watching them prepare foods, you name it. Call me a wacko, but I love it. And so does, Ali Berlin, Contributing Editor of the blog (obviously one reason we are friends is because we share interests in grocery stores.) Thanks, Ali, for spiriting this post. AMAZING!

Dec 17, 2013 was a monumental day in Brooklyn because the first ever Whole Foods market opened in Gowanus, on the corner of 3rd and 3rd.  It’s been ten years in the making and people are overjoyed that it finally happened. 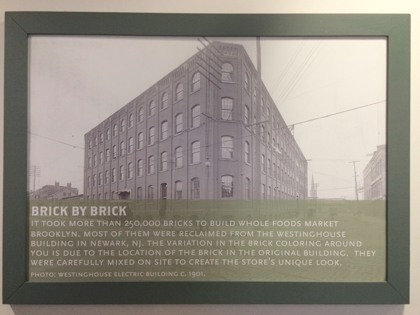 Whole Foods is not a just a grocery store.  It’s a place of joy, inspiration, vitality and creativity.  I was beaming during the 90 minutes we spent there on opening morning.  The festivities started at 8:30AM with a bread breaking ceremony, and the store opened its doors to the public at 9AM. 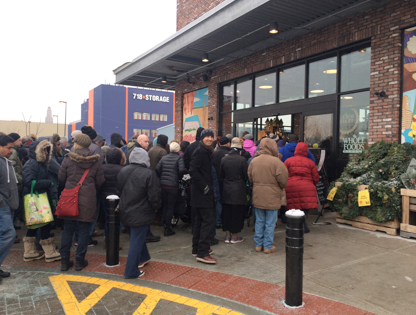 This was the crowd when Ryan and I got there at 850 am, just before the snow started. People were already cheering!

Inside there were multiple camera crews and every other customer was taking pix of the action. 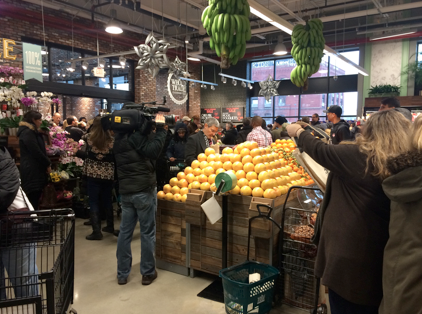 Brooklyn LOVES local and the store was celebrating and highlighting local all throughout.

The bakery is showcasing tons of items from Brooklyn.  FYI the S’mores Pie from Butter & Scotch is one of the most delicious creations on earth. 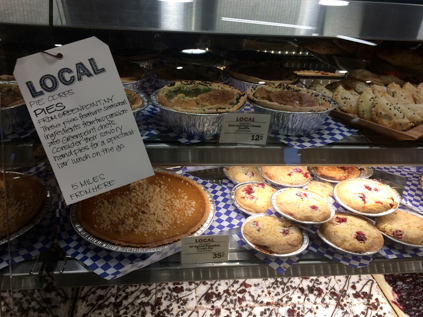 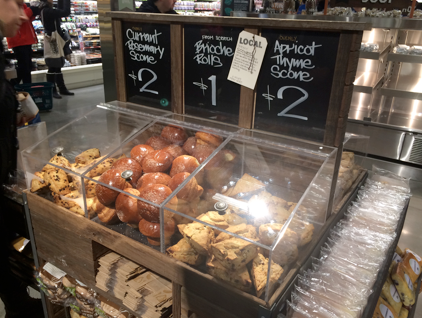 Local scones from Ovenly in Greenpoint and fresh rolls:

Remember a few weeks ago we told you about OMilk (made in Brooklyn)? I found a new flavor.  Chocolate Peppermint Almond Milk. 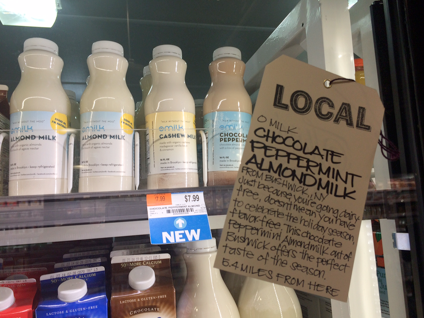 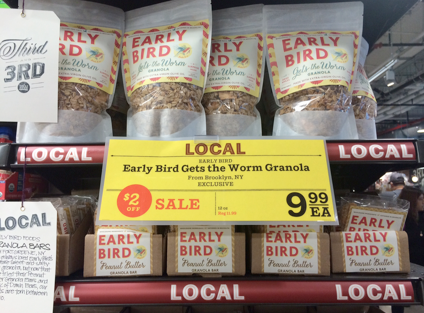 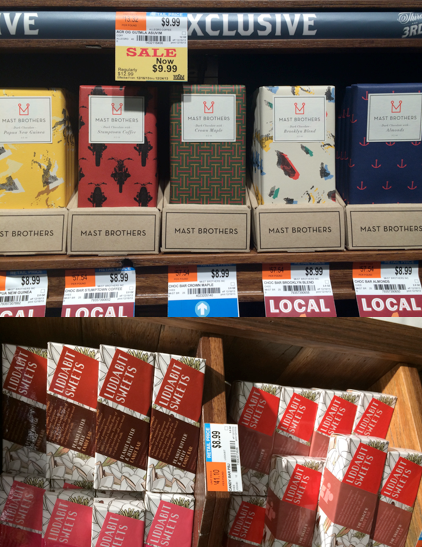 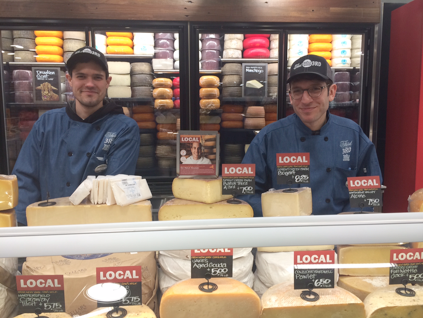 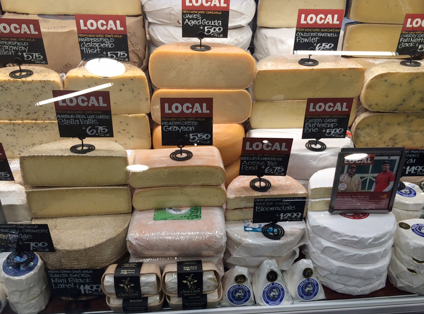 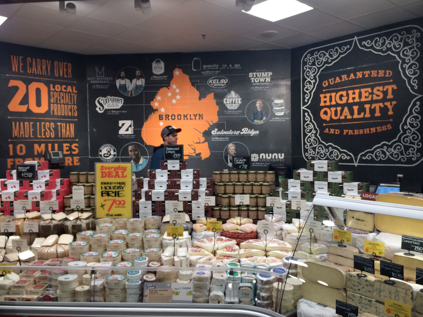 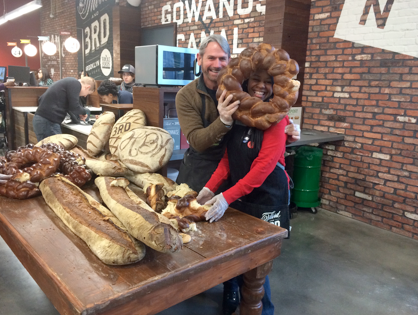 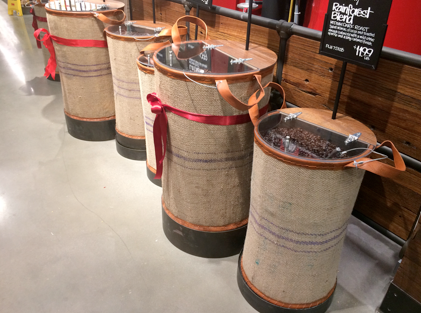 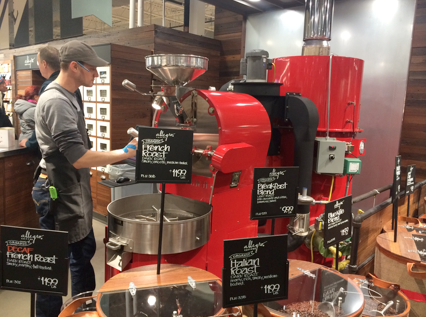 The most sophisticated roaster in any Whole Foods market:

Proud butcher! So many varieties to choose from: 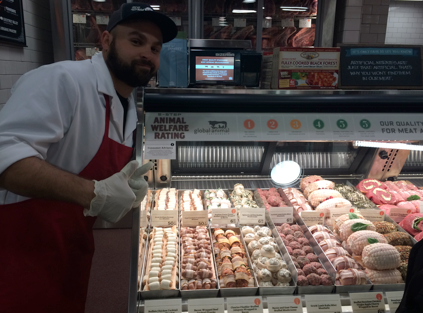 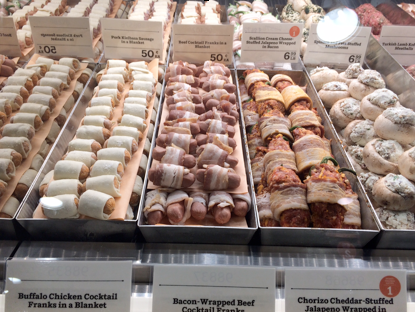 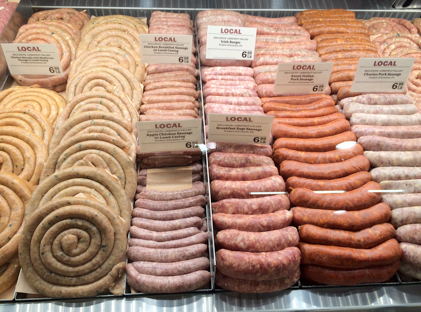 Make your own meatloaf: 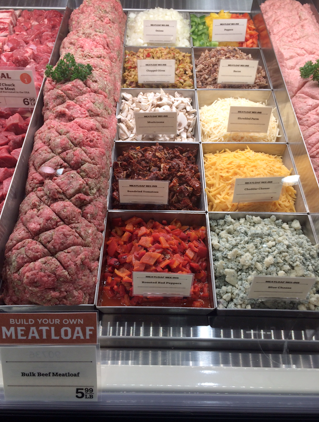 The guys at the fish counter were partying hard. So spirited!  Checking out the Dungeness crab that we’ll be enjoying next week on Christmas eve (my husband’s family’s tradition): 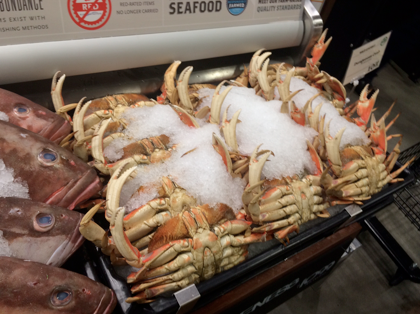 Upstairs, you’ll find Gotham Greens (an actualy greenhouse which is still in the making ) next to ROOF Restauant which serves beer, cheese, salads, small plates and more. 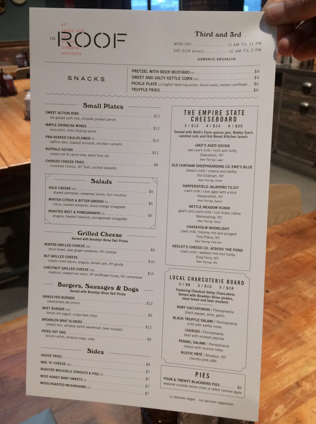 It was an awesome morning full of conversations and shared ecstasy.  I’m not exaggerating! Check out the store if you’re in town.
Safe travels on this busy Holiday traveling weekend!