Week 4! 3 contestants down, 11 contestants standing, 10 episodes left. Without further ado, here are the Josie Girl’s top takeaways of this week’s edition of….

Theme:  Last week, I thought the “Summer Trend” theme for the designers was a little too broad and not limiting enough.  This week was a wee bit confusing. Designers were asked to create a “high end” and a “low end” look. Buyers had the option to buy one, or the other, or both.  It wasn’t entirely clear if the looks were supposed to be related or not, and judging by some of the designers tweets last night, it wasn’t entirely clear to the designers either.  A number of the designers mid-way through the process decided to switch the “high end” piece to “low end”, and vice versa. I am pretty sure that doesn’t happen at Natori.  In all honesty, a lot of the looks didn’t seem more one or the other.  Prediction: we will not be seeing this theme again!

Favorite Look 1: Luciana! Each episode, there have been a few designers whose looks and background do not get featured.  Somehowe, Luciana was one of the unlucky few in EACH of the first three shows, Luciana finally got some air-time… and a buy!

Her dress was simple and wearable.  I like the subtle sequin flair on the front.

Is this OK?:  I kind of miss Oscar. Was he a diva? Yes. Was he overdramatic? Yes and yes. Were his designs compelling? Not really.  But he was entertaining to watch.  His Week 2 spat with Orly was kinda funny, and he definitely brought some flair to the show.  Fashion Star could benefit from featuring more of the character of the designers, and he definitely brought that.  If there was a game where you had to match reality TV characters with fake board games, I am pretty sure Oscar would star in “Flamboyant Designer Monopoly.” 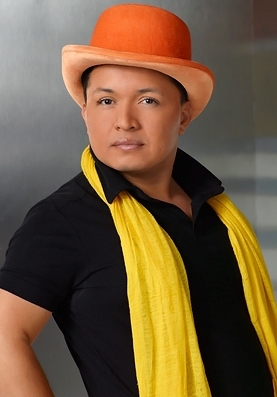 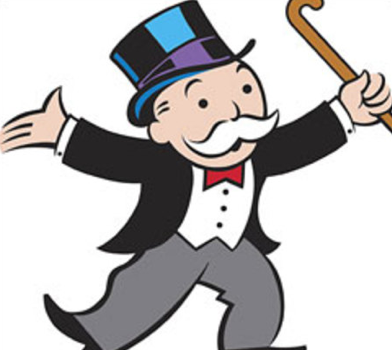 Elle MacPherson Flashback: I have gone on before about how amazing host Elle MacPherson looks almost a full quarter century after first hitting the scene. I pulled up the below 1988 cover.  Yes, that is from 1988 (this was actually the third year in a row she graced the cover.)  But look at the price… $2.95!! For a special edition of what at the time was a huge magazine!  That is the cost of 1/3 of a visit to Starbucks today.  Huge magazine inflation… 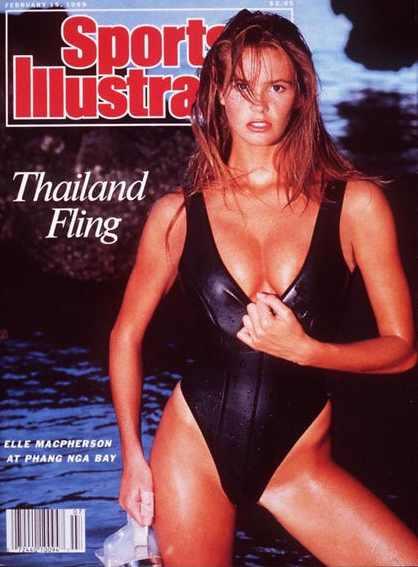 Fighting Words!:  With Oscar out, the well-documented Oscar vs. Orly tension dissolved.  I think we have a new rivalry! Nzimiro on Ross: “Ross is the guy in school that you wanted to beat up.” Dudes! Deisgners! Catfight! (Good times.)  Maybe Nzimiro will finally be able to knock the sunglasses off of Ross’s head.

Random Picture of the Week: Since I am officially 33 weeks pregnant, and baby girl Natori is an in utero kicker, the below picture is appropriate (this is not of me… but it is how I feel). 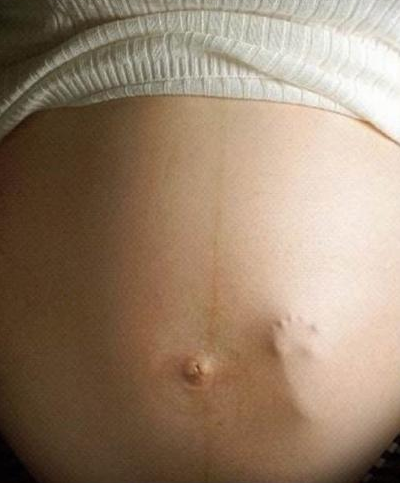 Favorite Look 2: I liked Kara’s jacket, but since I always mention her, she gets left out this time (I also love how she cries every time she gets a bid… very cute!) So, favorite look 2 goes to Sarah Parrott’s $34.95 “high end” look (H&M bought both)

Her white dress is sophisticated with a flattering shape, and looks like it would work on any type of body. I also like the flair in the back.  Not sure how they can make it with a $34.95 price point, but I am not complaining! 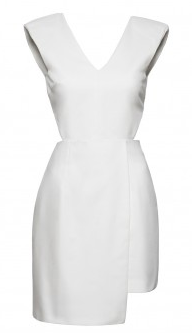 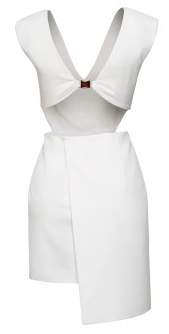 Random Book Aside: Is it me, or is everyone talking about Fifty Shades of Gray? I had no interest in reading this book (long story short: guy meets girl, guy sweeps girl off of her feet, guy convinces girl to… do things).  But now everyone is reading/has read it, and I feel like I need to keep up with the Joneses.  The book has become an international hit.  There was even an op-ed in the Sunday Times this weekend.  Are any of you Josie Girls reading it?  What do you think? 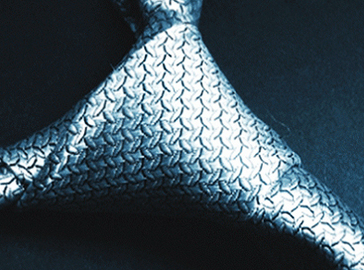 Result: Lisa leaves us this week…

Earlier in the show, they played a clip of Lisa saying that her dream was to sell to Saks, since her last shopping trip with her mother before she passed away was at Saks.  Saks buyer Terron Schaefer (whose direct tone and awesome voice are HUGE assets to the show) delivered the news that she was going home.  Oh, the cruel irony of reality TV.

People.. what did you think?  Comments, please! Until next time..