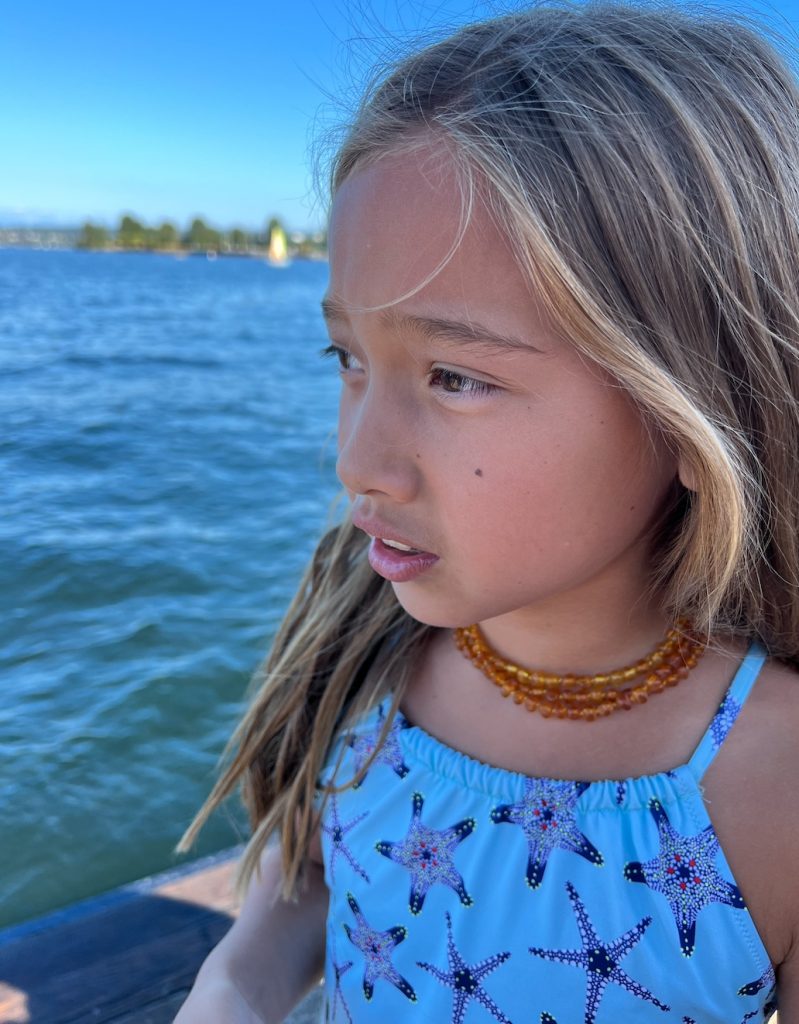 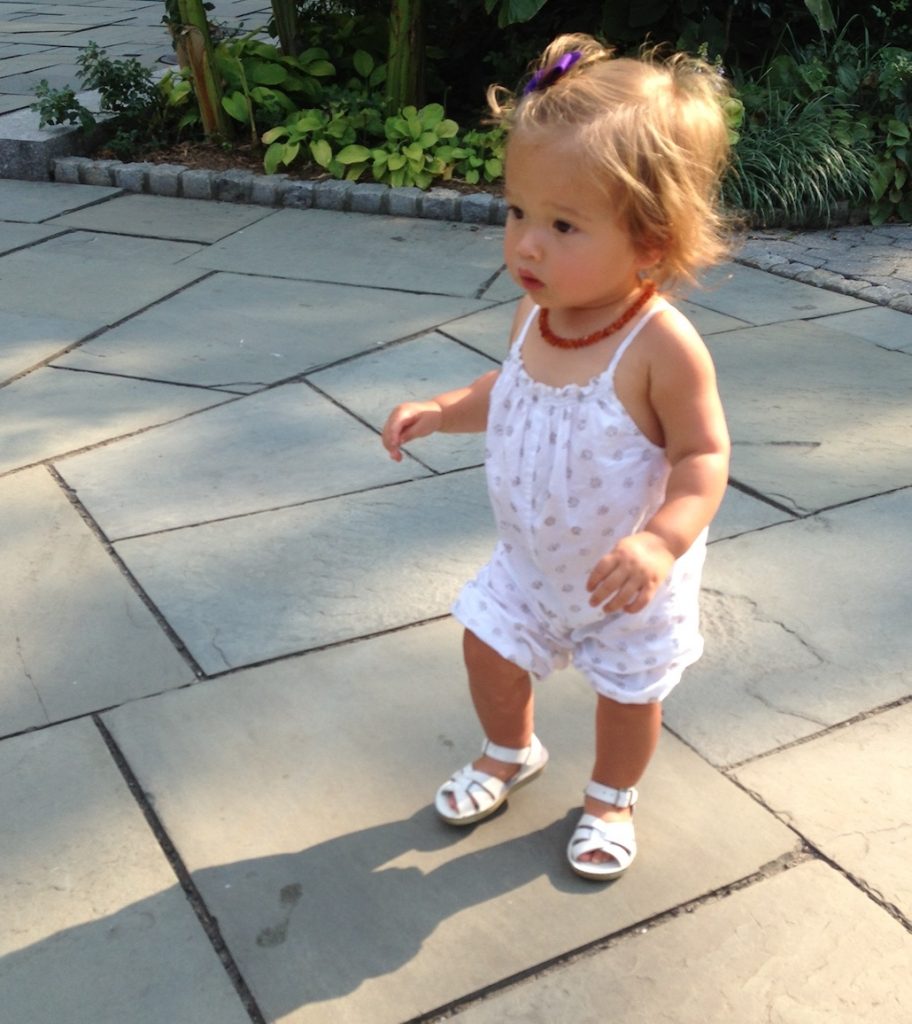 As a little girl. 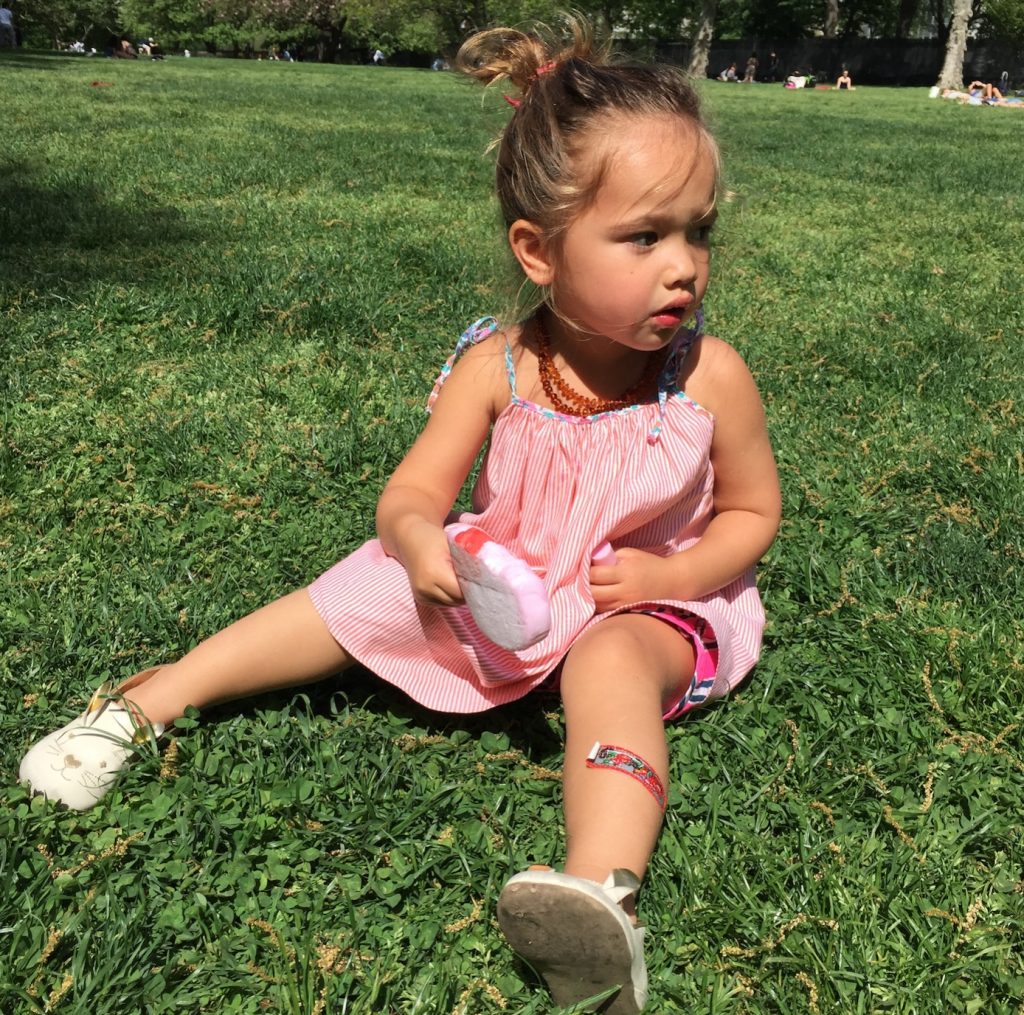 Getting bigger and still with her amber necklaces. 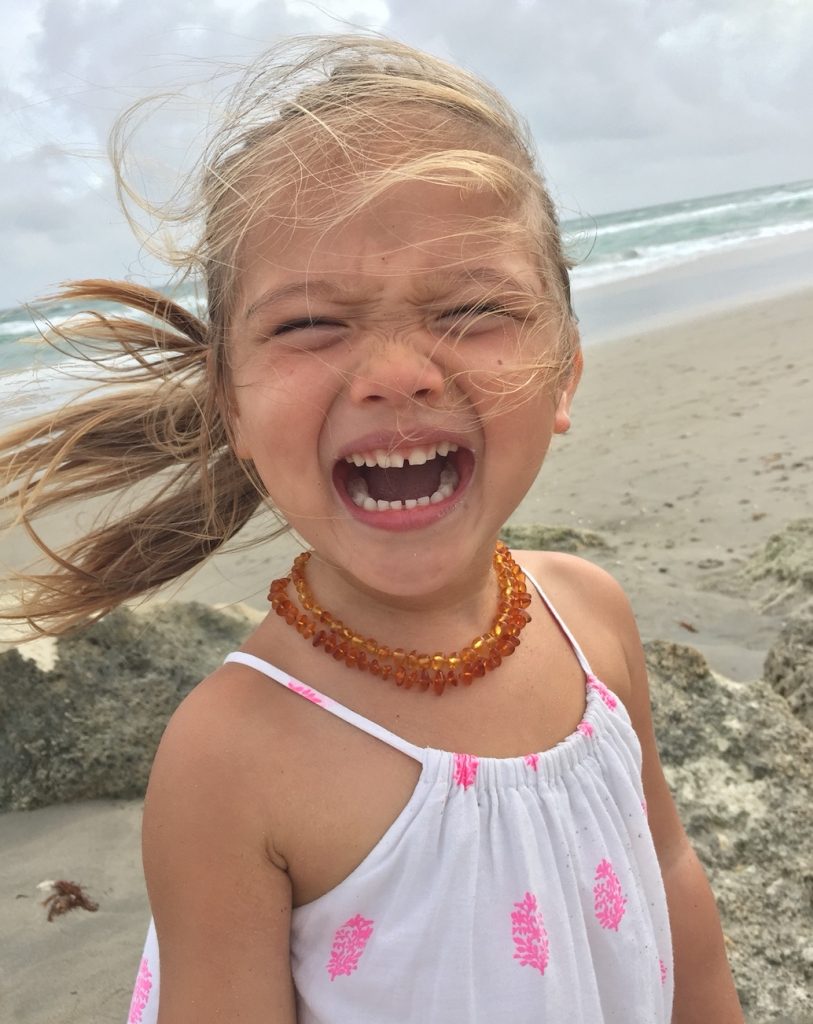 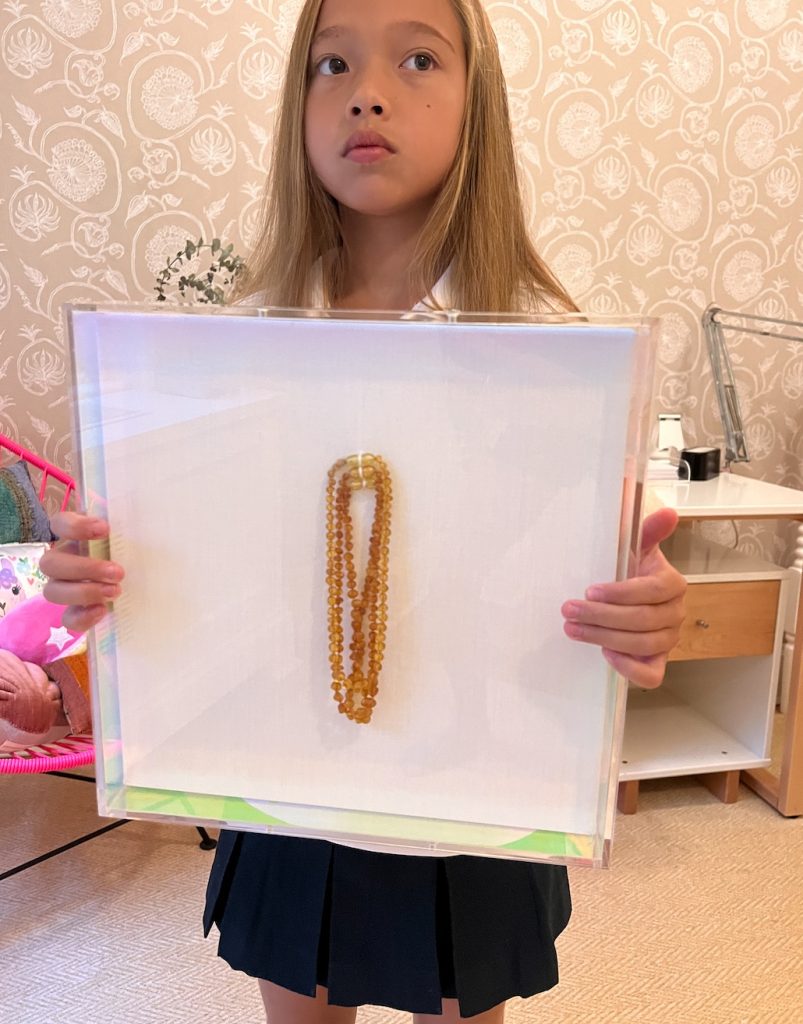 The shadowbox with her necklaces. 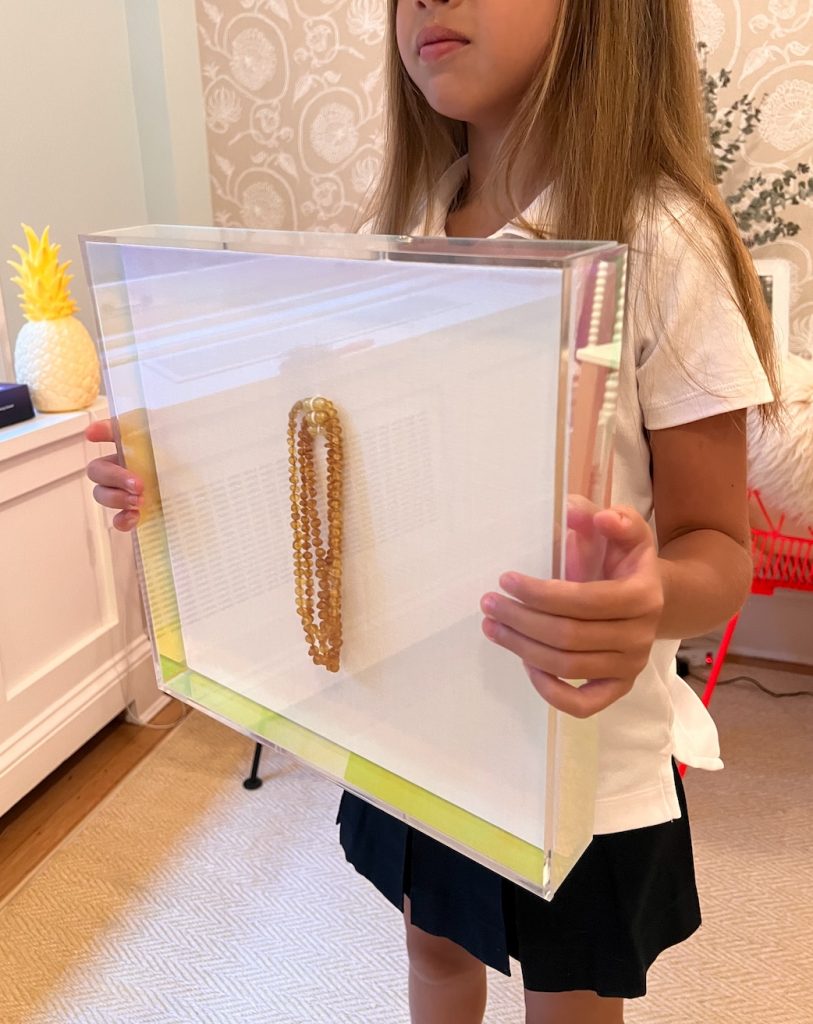 I love it — it makes me so happy to look at. 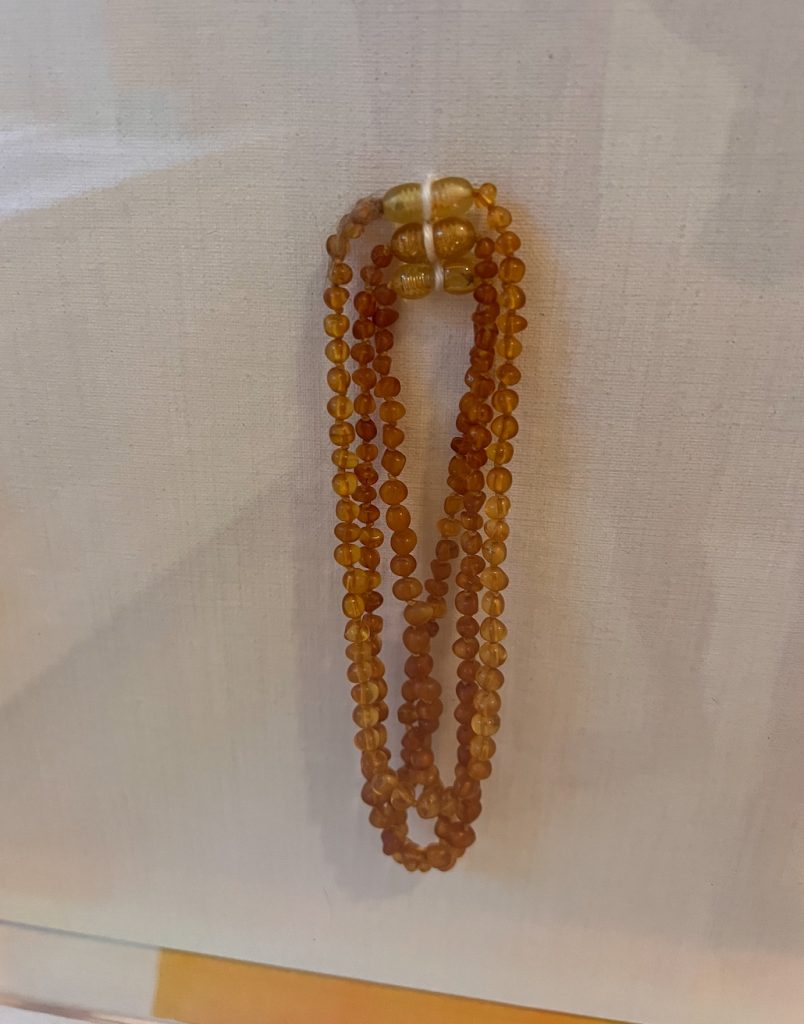 With trial and error, I figured out how to place the necklaces, and I sewed them on to the canvas). 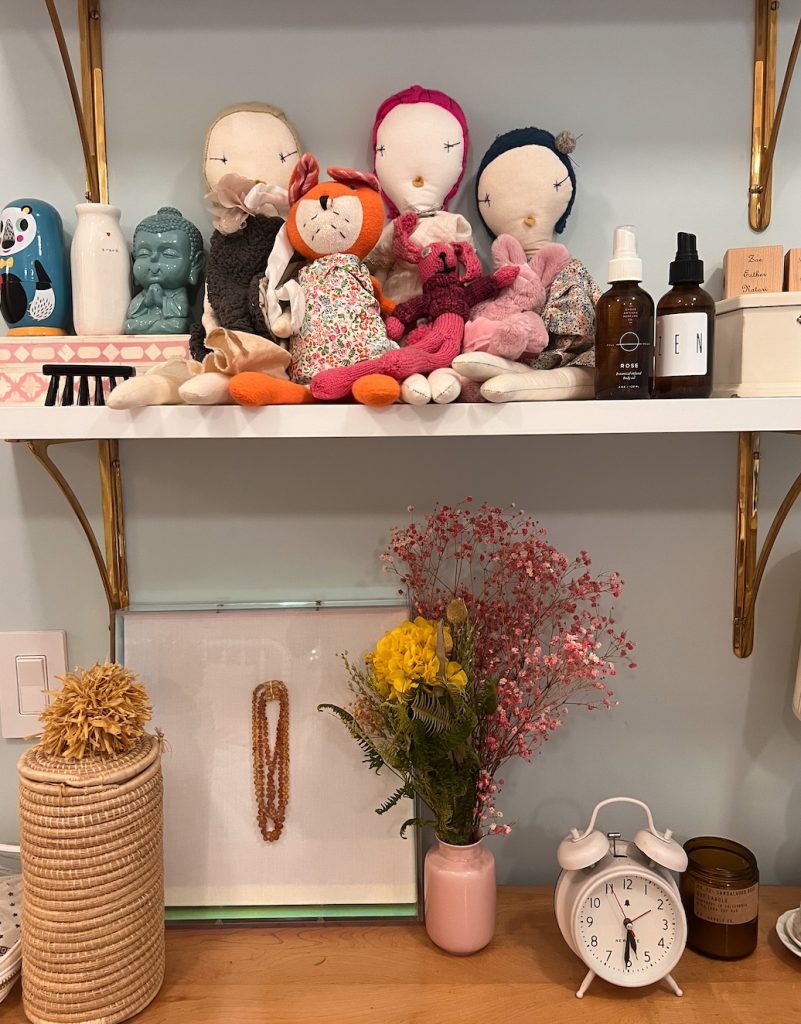 Placed on her shelf.

Who knows how long she will want the framed necklace in her room, but I always want to have it somewhere in our house — it is bittersweet to look at. Tusia is growing up, but I still want to have this part of her remembered.