In my constant search of  “the best pizza in NYC,” I landed at L’industrie Pizza in Brooklyn. Ranked by all the food websites as one of the best slices in NYC, we decided to make the trek to Williamsburg to try it out (and by trek, it is really not that far — it is just the mental jump from one borough to the next). And sure enough, it was ever so delicious and worth going to. 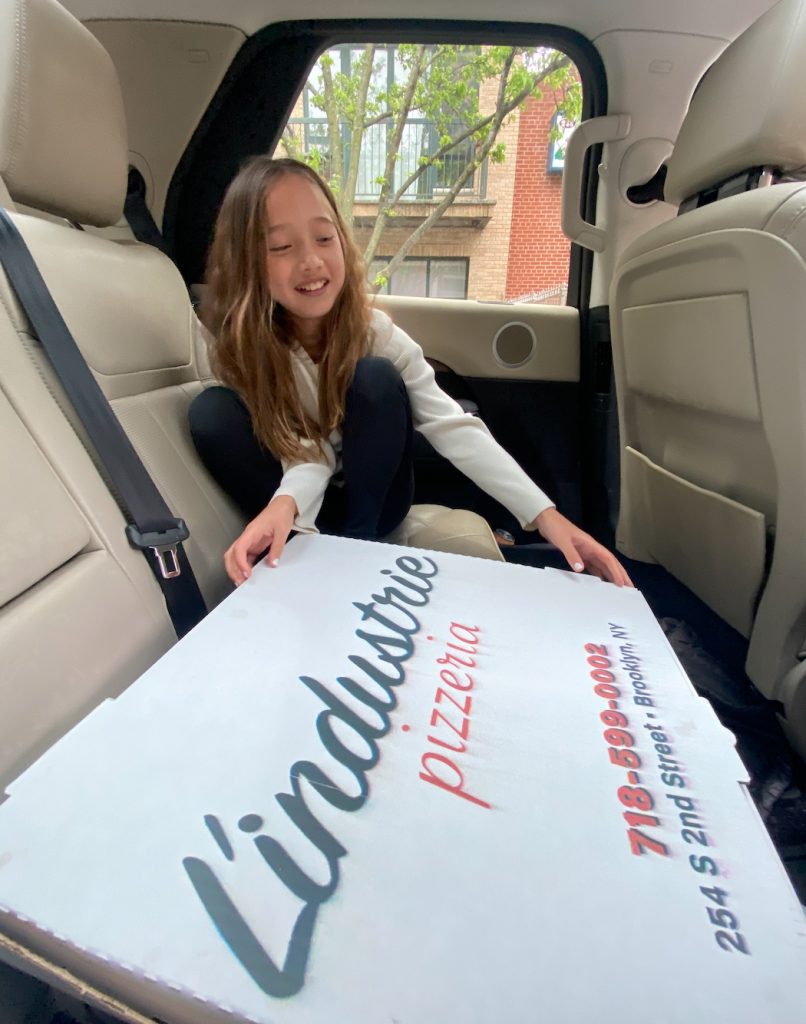 We placed the order online ahead of time so that it could be there when we got to Brooklyn. (We knew ahead of time that there would be no seats for us, so we wanted to have a picnic in the car). 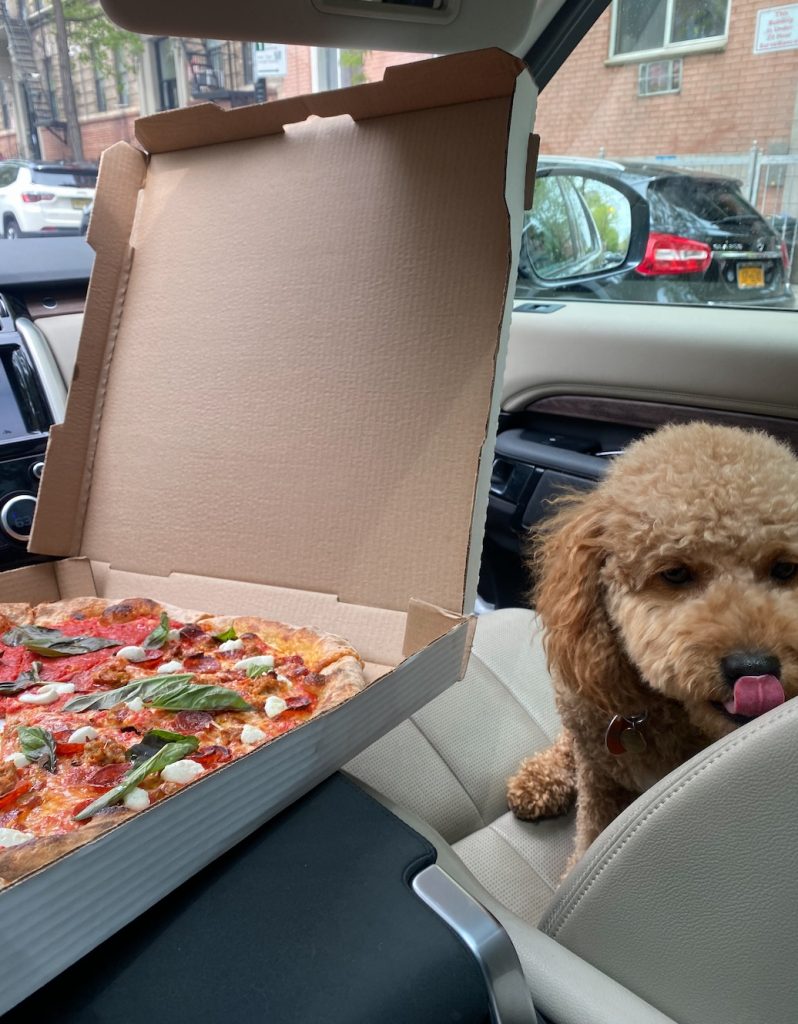 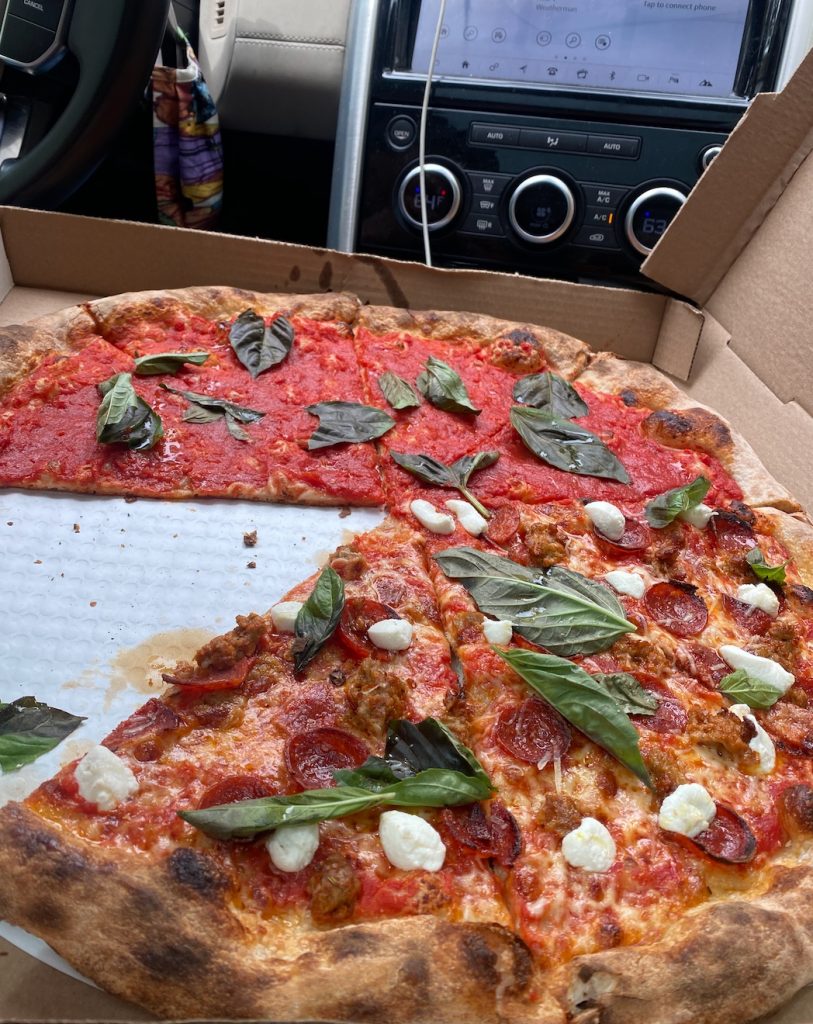 Half sausage and half no cheese. So I went back inside and figured out I had hit the wrong buttons, and they were insistent that they make another pizza at no extra charge, so we had TWO enormous pizzas.

We waited for our second pizza and were so impressed with how generous and nice they were (we gave the second pizza away to a homeless man on street). 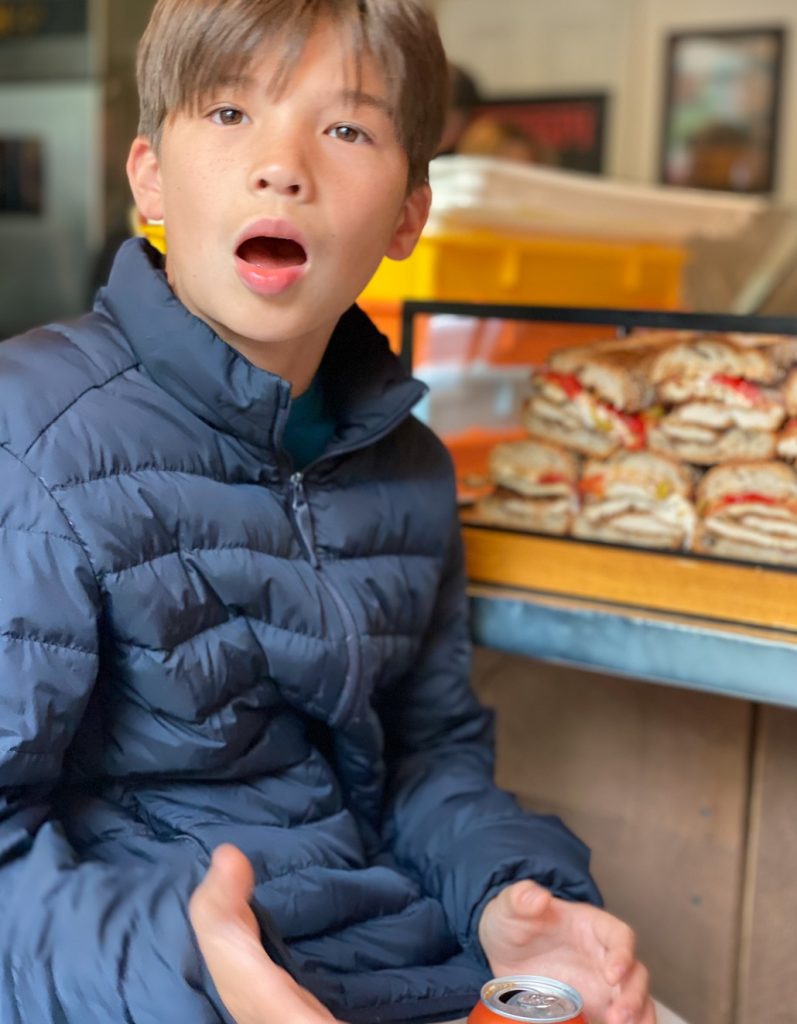 Yep, Cruzzie is at the age now where he does not like me to take pictures of him. 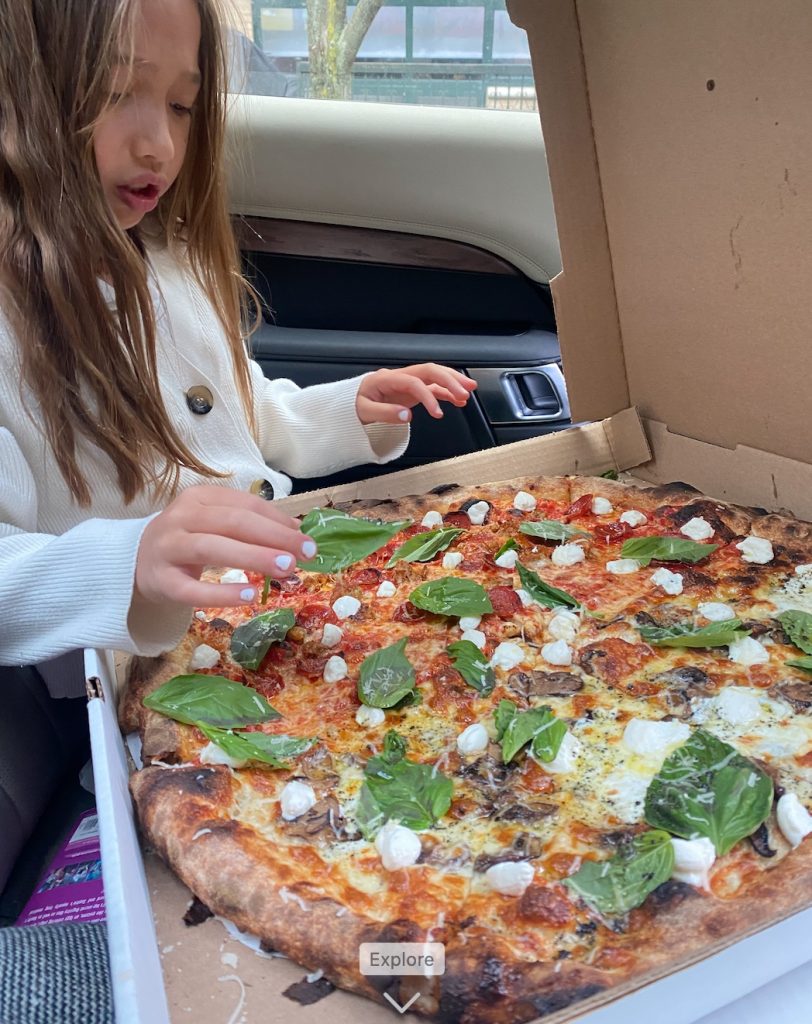 The actual pizza we wanted. It was so delicious. Loved every bite and highly recommend it!

So if you happen to be in Brooklyn (of even if you are not), go to I’insudtrie pizza and try their food — uber delicious, kind and thoughtful workers, and a great vibe (even on sidewalk when you eat in your car).