This past weekend we had the experience of a lifetime, attending Saturday Night Live and hanging out backstage with cast member Mikey Day and his partner Paula, who is a friend of Ken’s from college. Paula and Mikey are incredibly friendly, interesting, funny, and grounded. So when they invited us to attend the dress rehearsal, hang out in the dressing room during the show, and then go to the after party (!!!!), we jumped at the opportunity… especially Ken, who is the show’s biggest groupie. We had SO MUCH FUN. 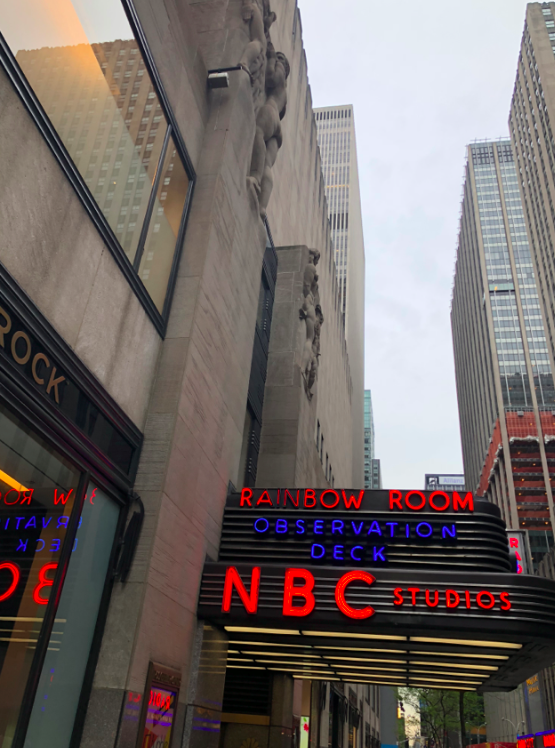 We had tickets for the dress rehearsal which required us to be there at 6:30. There was a lot of security to go through before it actually started at 8 pm.  The dress rehearsal lasted 2 hours and has more skits than the live taping.  They are militant about not allowing pictures. 🙁 After dress rehearsal, we went to meet Paula for a drink before the live taping. 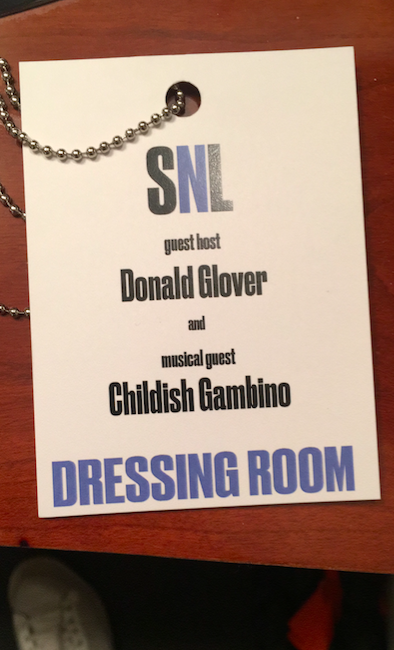 After the drink, we came BACK to SNL so that we could hang out in Mikey’s dressing room during the live taping. And man was that fun. All the various cast members and celebrities would walk by, peek in, or in some cases, talk to us. So thrilling.YASSS! Mikey in the dressing room — with Ben Stiller live during the opening scene. Mikey came in and out of the room between sketches. There were SO MANY cameos. Alec Baldwin, Ben Stiller, Martin Short, Jimmy Fallon, Scarlett Johannson, Zoe Kravitz, … and Stormy Daniels! We saw all of them backstage (and some at the after party) 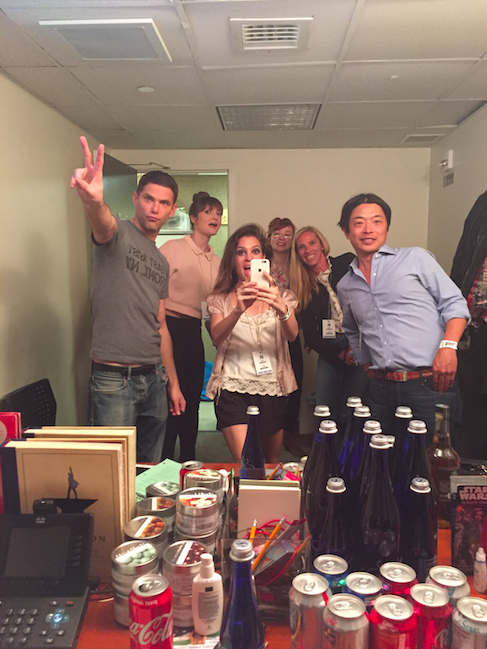 The night’s crew. Along with me and Ken, there was a college friend of Mikey’s from UCLA and her best friend. Both of them were actresses. They were hysterical. At the end of the show (1 am), we went on stage to take pictures.

After the show, we went down to the lobby where a big black car was waiting to escort the six of us to the private and secret after party. It was about 5 hours past my bedtime, but I had to go. The room was full of everyone you would expect and my head was spinning. I then went home because I am #lame and #havekids, but Ken stayed out late. It was a night we will never forget. Thank you, Paula and Mikey!

It is important to mention that the host of the show was Donald Glover — someone I had not heard of it until recently. Donald Glover is extremely talented as a writer, producer, actor, director of Atlanta, as well as a musician. His music performances that night were unforgettable and I am forever a huge fan. To see his new single (that I am obsessed with), go here. He is also ALL OVER THE INTERNET with his newest video (dropped the night of SNL taping) and I can’t stop watching and learning new things. I urge you to watch the video 2-3 times, and then read this article and this article. WOW.