Marriage is about compromise. There are some things that Ken and I share naturally together.  Waking up early. Working out. Being adventurous.  There are others that we don’t.

Ken grew up an avid professional sports fan.  His family had Jets season tickets for 25 years, and when we first moved to New York, he always tried to get me to go to a game with him and his friends.  I somehow always found a way out.  It wasn’t that I was totally against it (as long as the weather was warm).  For some reason, it just never happened (including the time when we were about to go and I slammed my hand in a glass door and had to go to the hospital.  Ken still went to the game.)

The Yankees are a) closer to Manhattan, and b) not an all day commitment.  So with thanks to Natori’s factors who gifted us tickets, we recently went to a game.  And it was great fun! 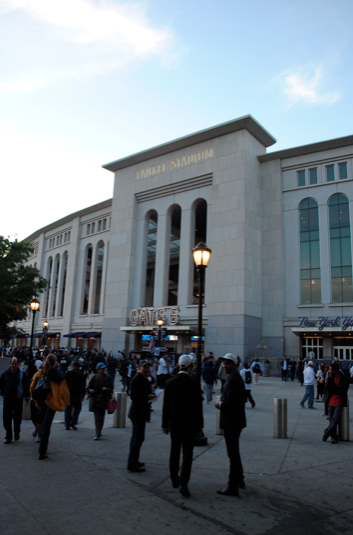 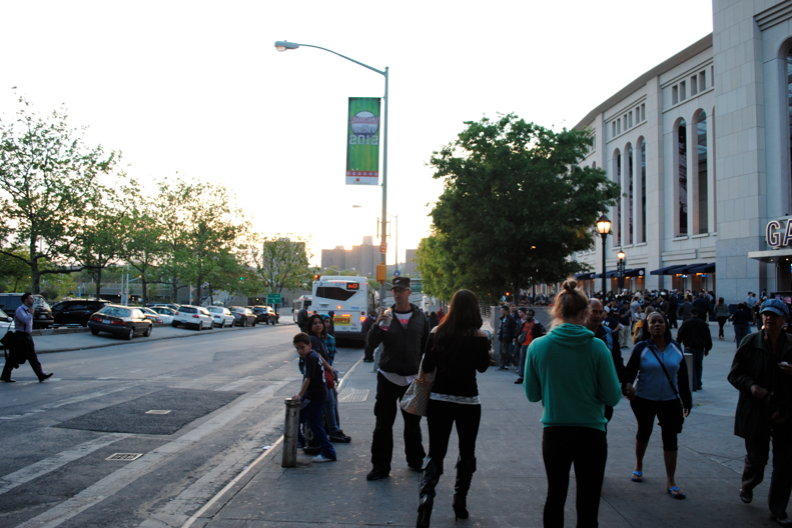 Gorgeous spring night. That is me in the green hoodie. Strategically positioned so you can't see my enormous pregnant belly. 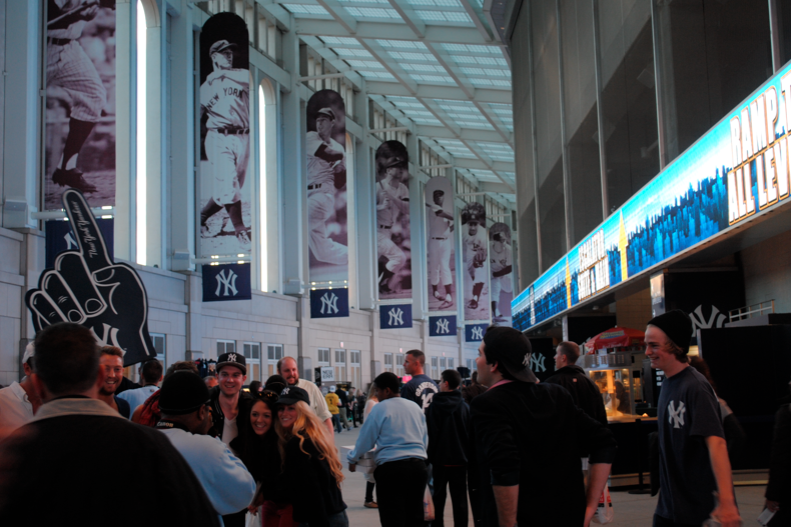 Inside the Stadium. According to Ken, this is not what the old Yankee Stadium looked like inside. 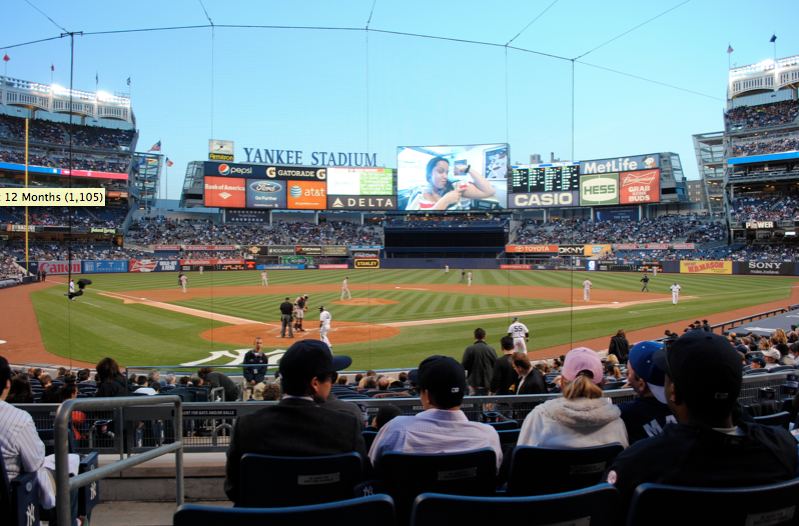 Great seats! Thanks to Milberg Factors for the tickets! The Yankees were playing the Baltimore Orioles. When I first asked Ken who they were playing, he said the "San Diego Chargers" and started laughing. I don't know why he thinks that's funny. Also, what is the deal with the girl flexing her arms on the Jumbotron? Just noticed that. 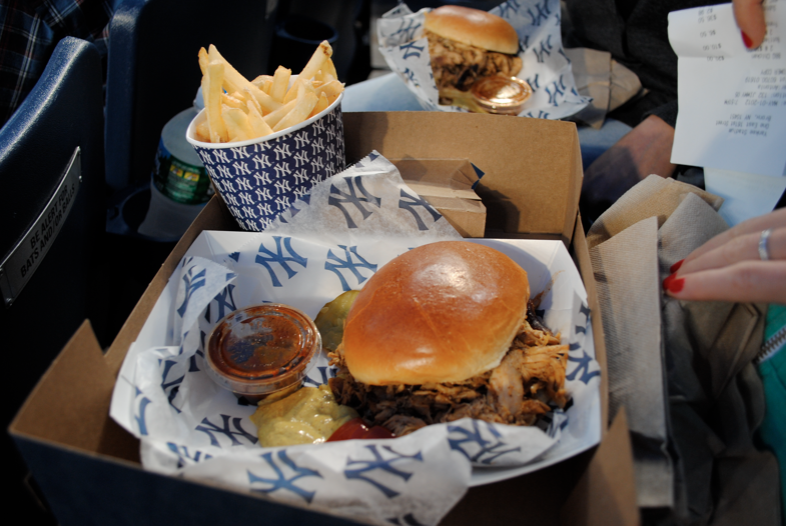 While the game wasn't that exciting (to me), the food was! I splurged (or can I say Baby Girl splurged) and had a pulled pork sandwich from Brother Jimmy's. The new Yankee Stadium has much better food than the old one. 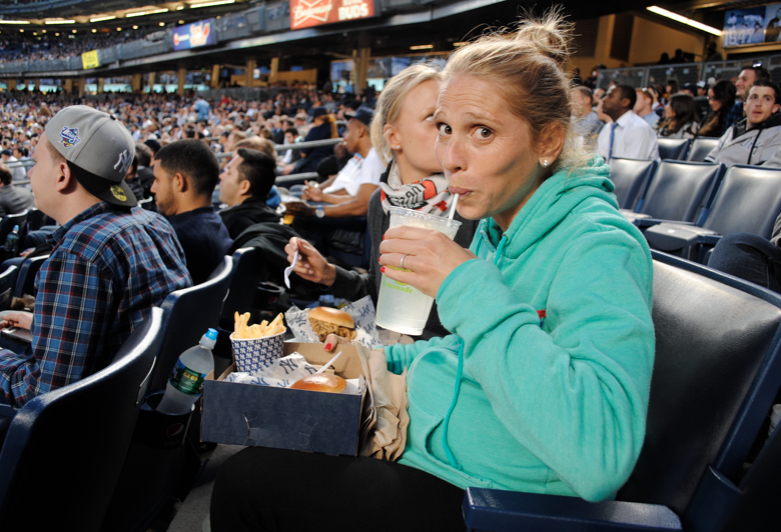 Lemonade + pregnant belly. Do you like how I got dressed up for the game? Don't laugh. There were seriously a ton of women in heels there! 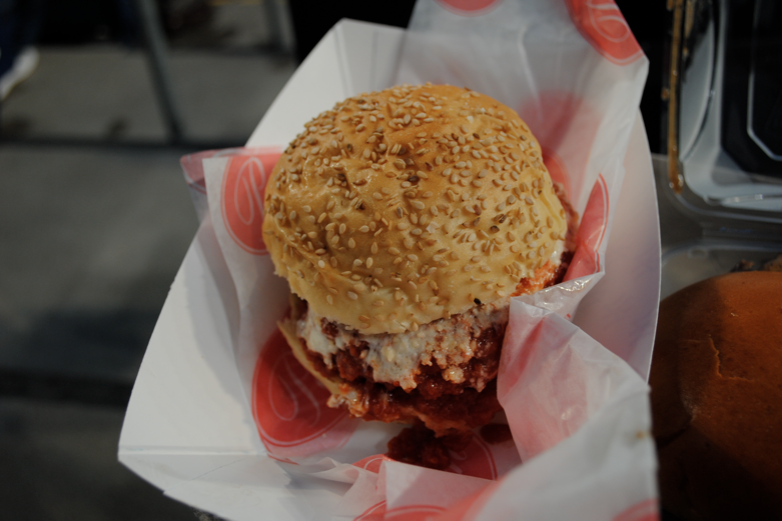 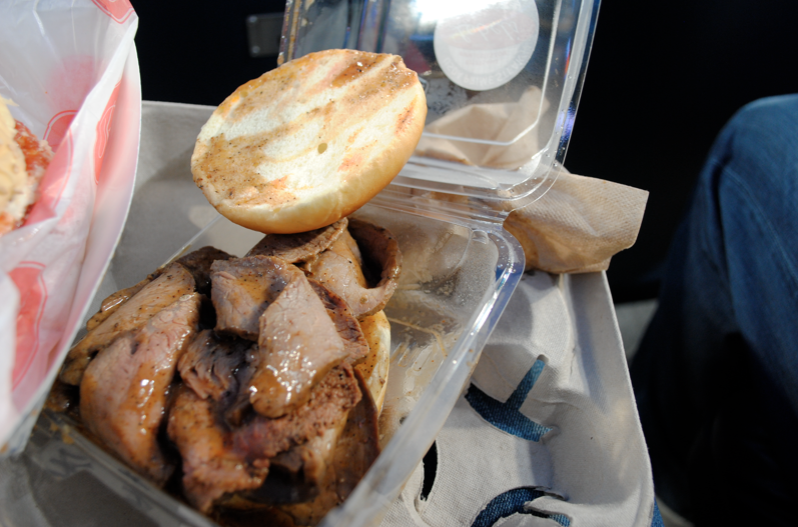 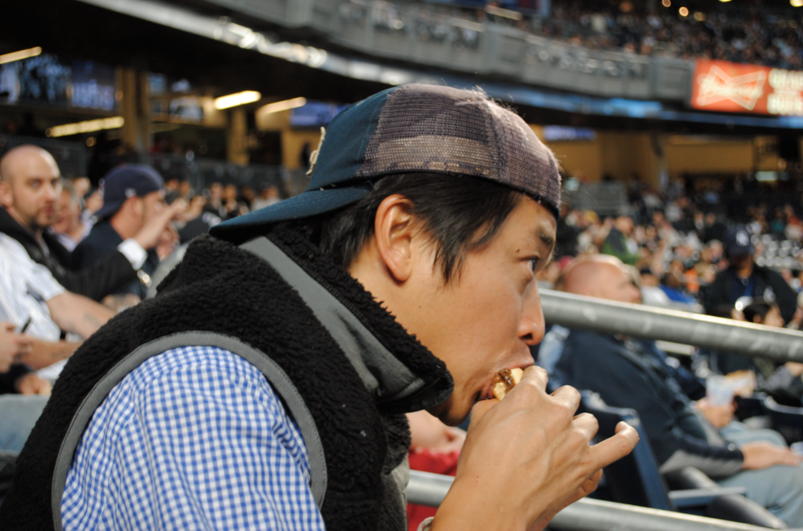 Ken = in heaven. BTW, check out his Yankees hat. His grandfather gave that hat to him when he was 7!! And he still has it! (But it is literally falling apart). Not sure how I should feel about that. 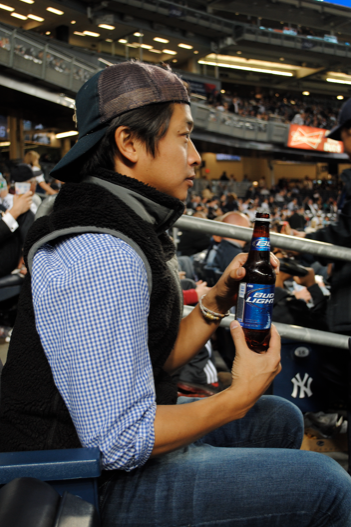 A great night with great friends (unfortunately, the Yanks lost).