In 2014, it was hard to miss the fact that everyone Parisian was wearing Stan Smiths. And sure enough, six months after that, Stan Smiths overtook the USA. Now, Stan Smiths continue to kick a$$ in Paris, but as I learned on my trip to Paris last weekend, everyone is wearing the Adidas SuperStar shoes. So, trust me, order them NOW before they become impossible to find. Everyone rocked the look and made them look so hip and gorgeous. So do it NOW, go buy them. 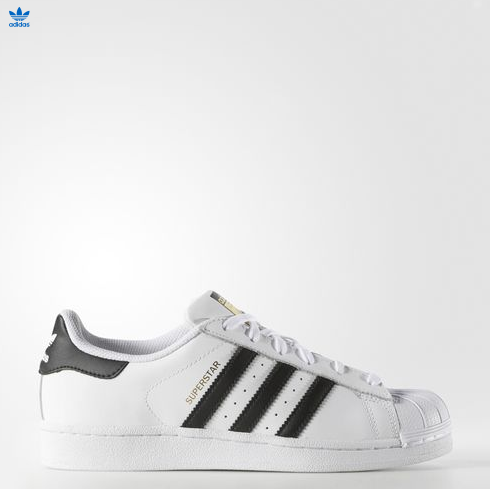 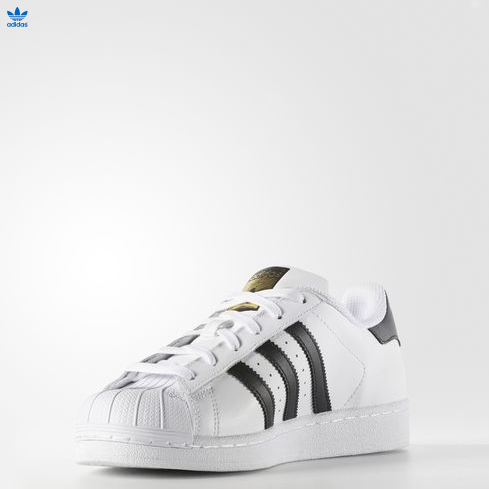 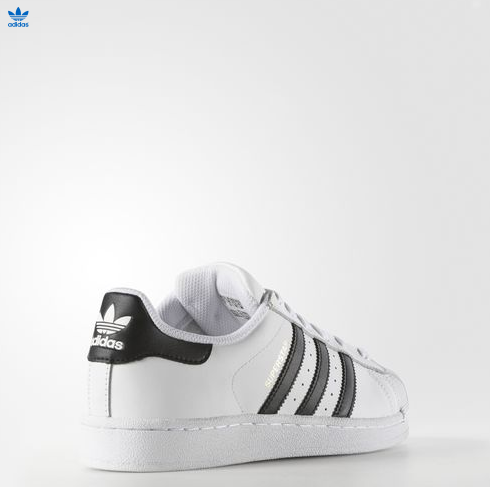 Same back as the Stan Smiths….everyone had this back, in an assortment of colors and sparkles, and shades, and patterns, just DO IT (or not Nike slogan, just ADIDAS)

The Parisians have them in various colors, patterns, and textures. But they all have them. I just ordered my own pair…..Of course, my -ever-so-fashionable-son has had them for over a year…..go figure! 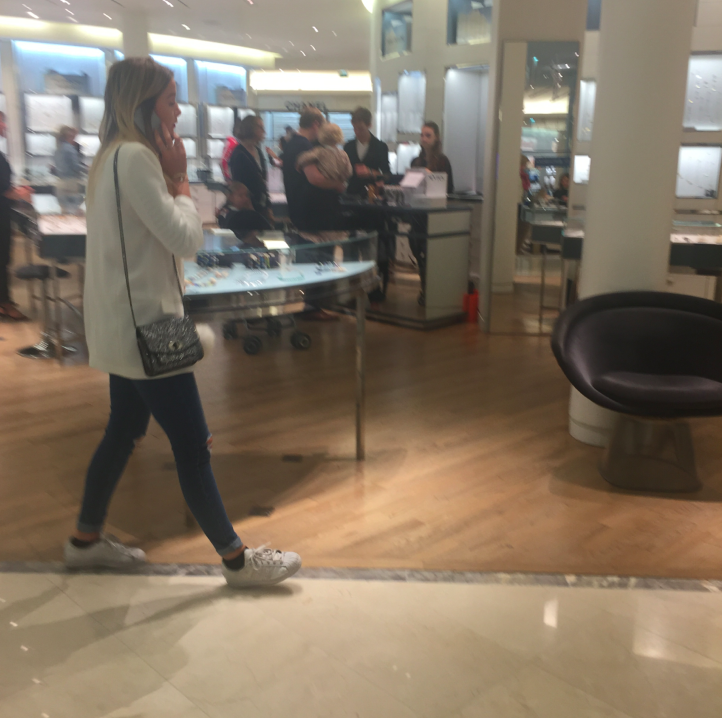 This Parisian was so chic in her white SuperStar shoes, her white blazer, striped shirt, and sparkly bag….if only I could re-create her look. #Goal

I love French fashion, French food, and France in general. Until June, a bientot! Au revoir, Paris! (And yes, I am a big time nerd who made a series of peace signs in front of Parisian places….#QueenOfNerdHerd) 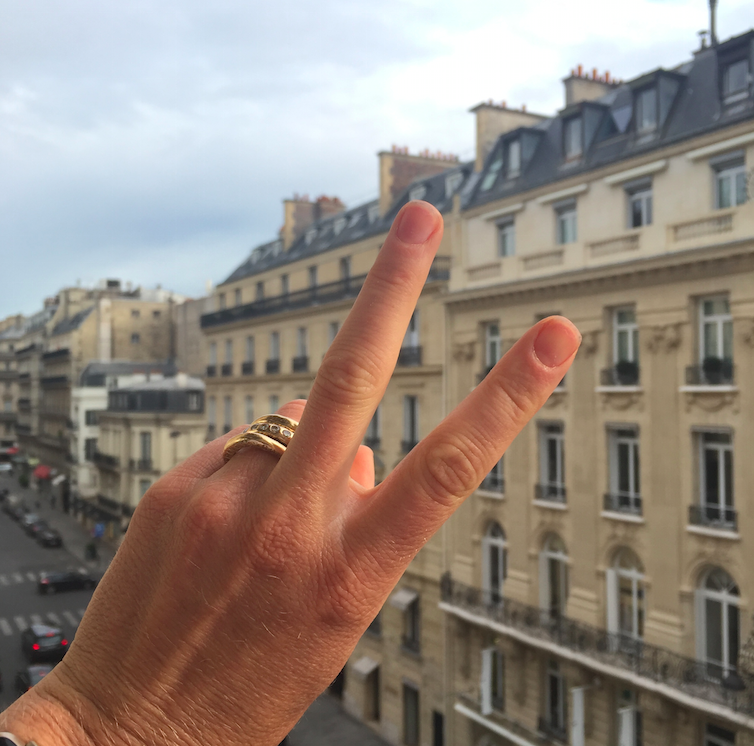 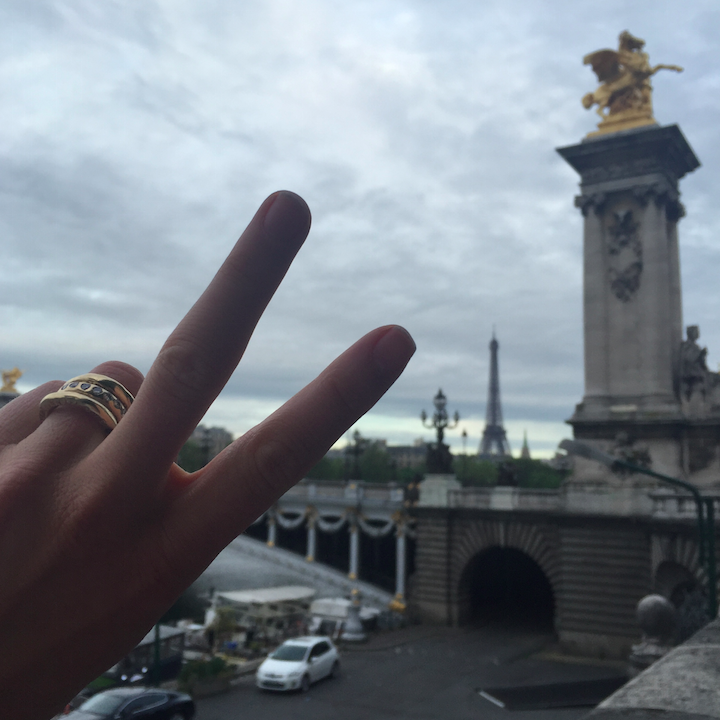 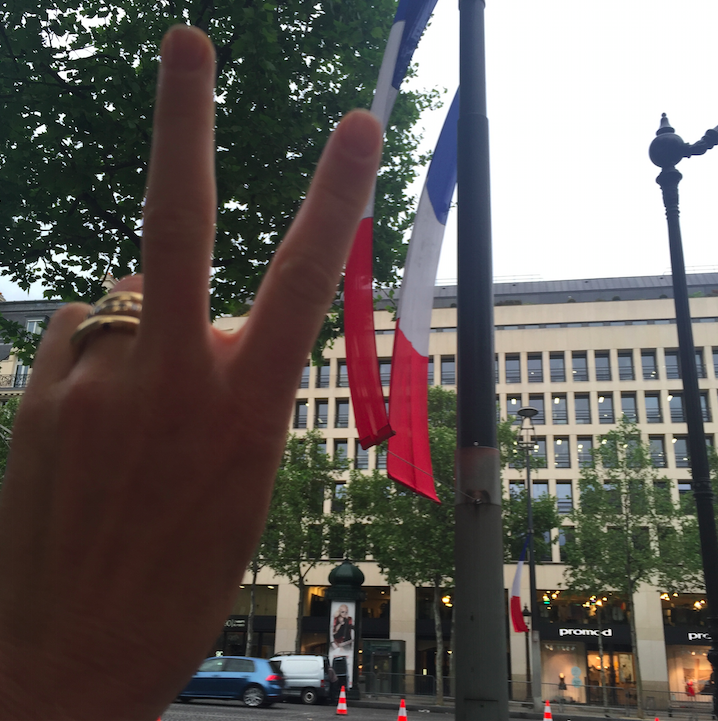 Have a great weekend! And I will be back on Monday with non-Paris posts….but do me a favor and buy SuperStar adidas so we can all be hip Parisians — who cares if we both have them? We are going to rock the streets in our new kicks.