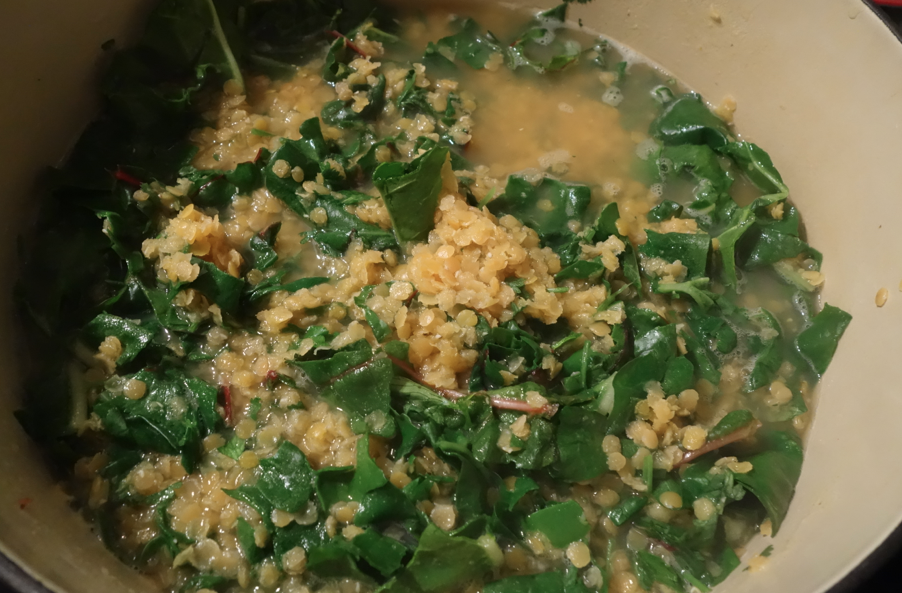 Ever since the holidays, I have found myself flipping through the Plenty and Jerusalem cookbooks and ooohhing and aaaahhhing over the beautiful, healthy recipes. Randomly, over the weekend, a friend made the most hearty, comforting, delicious soup from the same (brilliant) chef, Yotam Ottolenghi. I had to make a batch for myself. The soup is vegan, wholesome, rich, savory, and very Moroccan-esque. Definitely worth the effort in the kitchen. 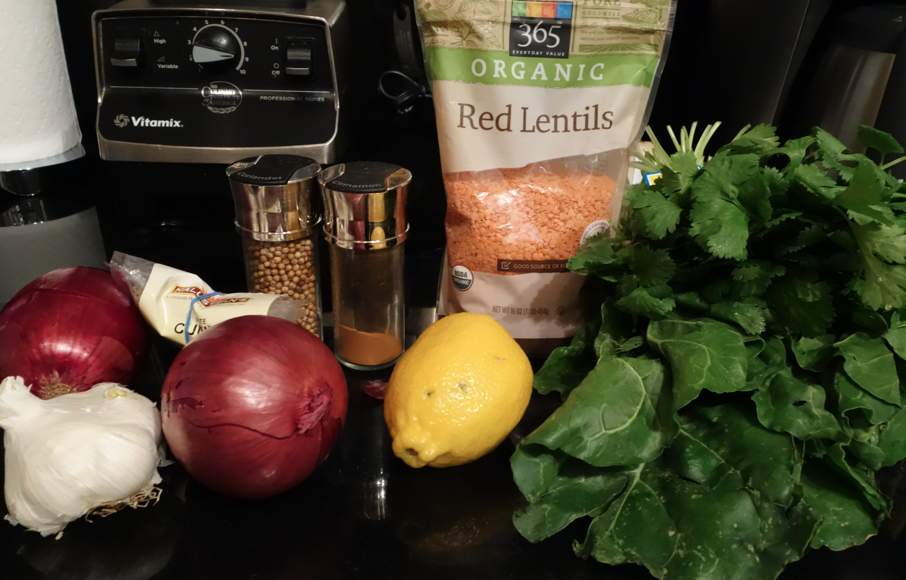 * a bunch of cilantro leaves

* salt and pepper, to taste

* Place the rinsed lentils in a large pot with water, bringing it to boil and then simmer for 35 minutes or until soft. Skim off any scum that rises to the surface during cooking. (looks like foam from an ocean — but you don’t want that). 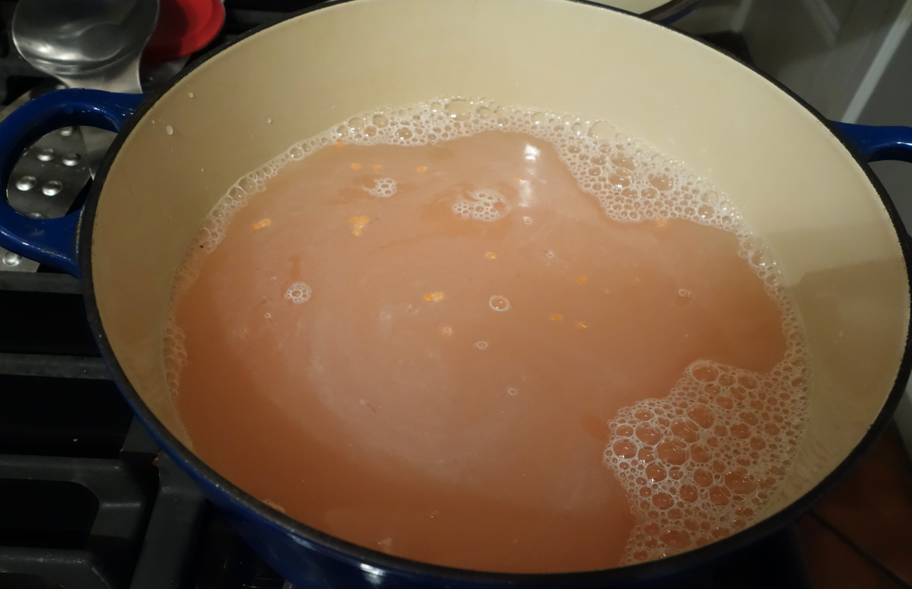 * Slice the red onions (peeled obvi). With the olive oil in a pan, saute the onions until they are soft and somewhat translucent. 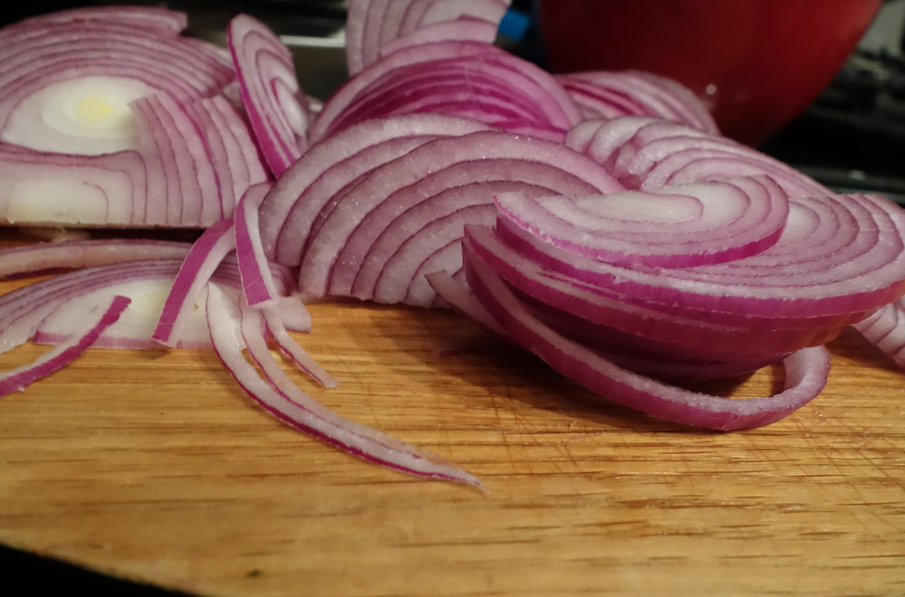 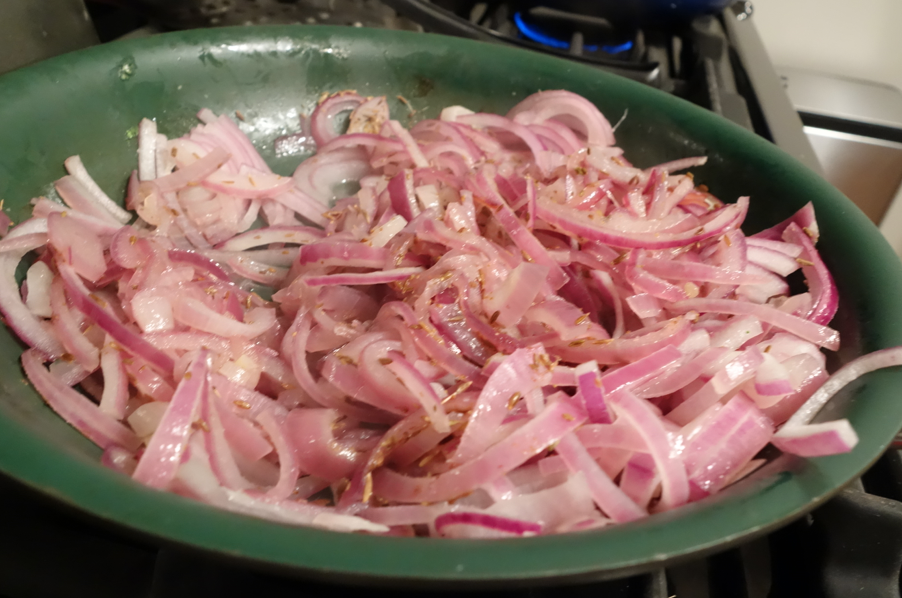 * Meanwhile, remove and discard the large stems from the Swiss chard. Wash and rinse the leaves thoroughly, then chop them roughly. Do the same with the cilantro. 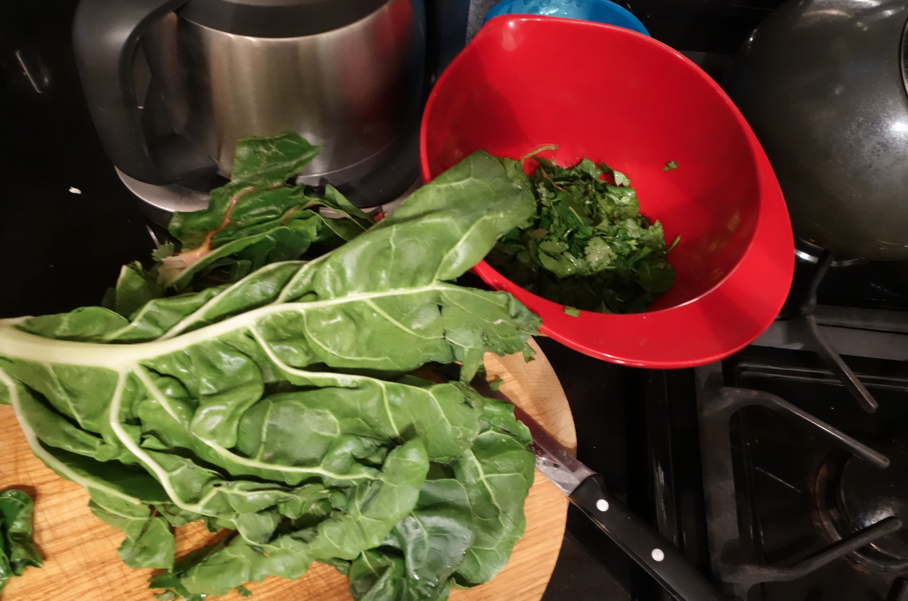 * Mix the cooked onions, chard leaves and chopped coriander into the lentil soup and season with the cumin, cinnamon and some salt and pepper to taste. 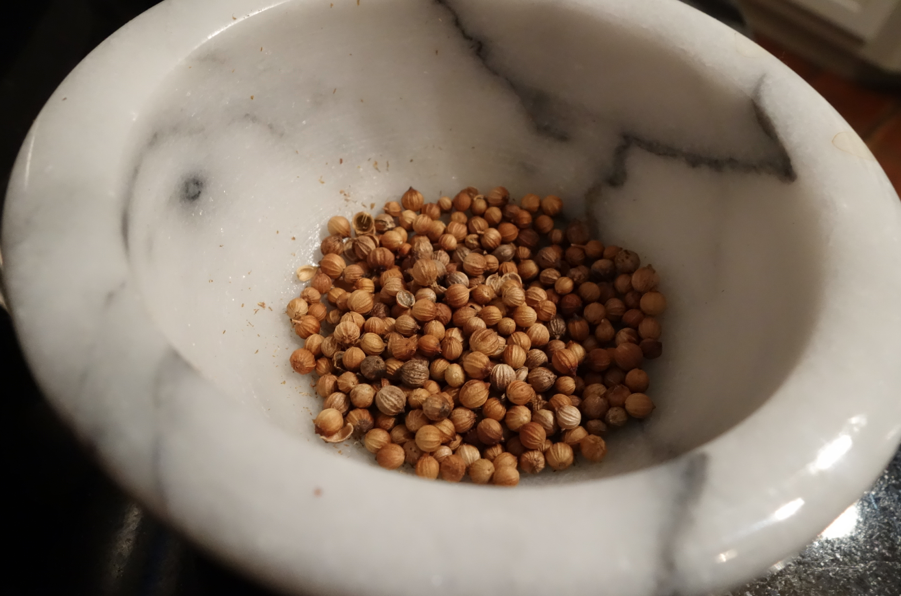 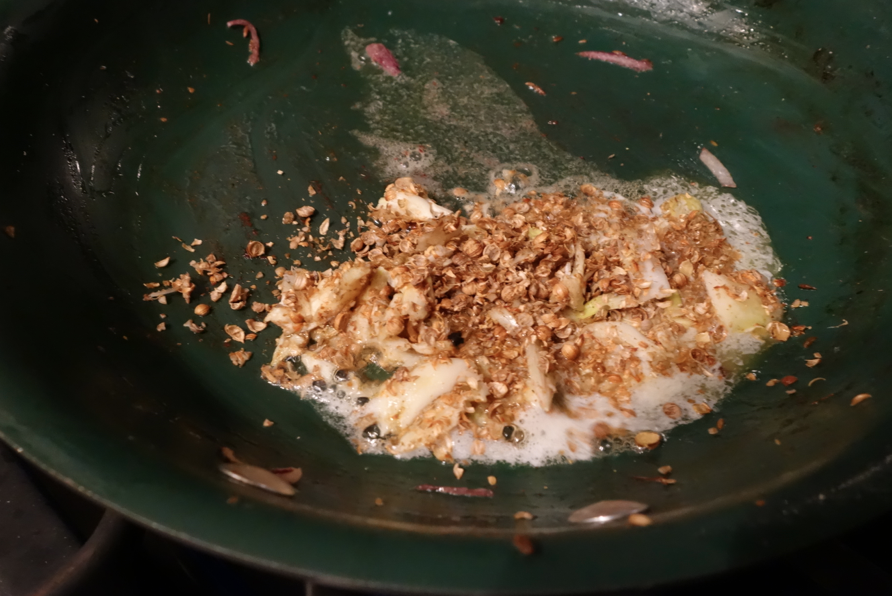 Melted butter with garlic and corriander seeds, and then you put in soup! Gives it some substance.

* Then, stir this into the soup, remove the pot from the stove and cover with a lid. 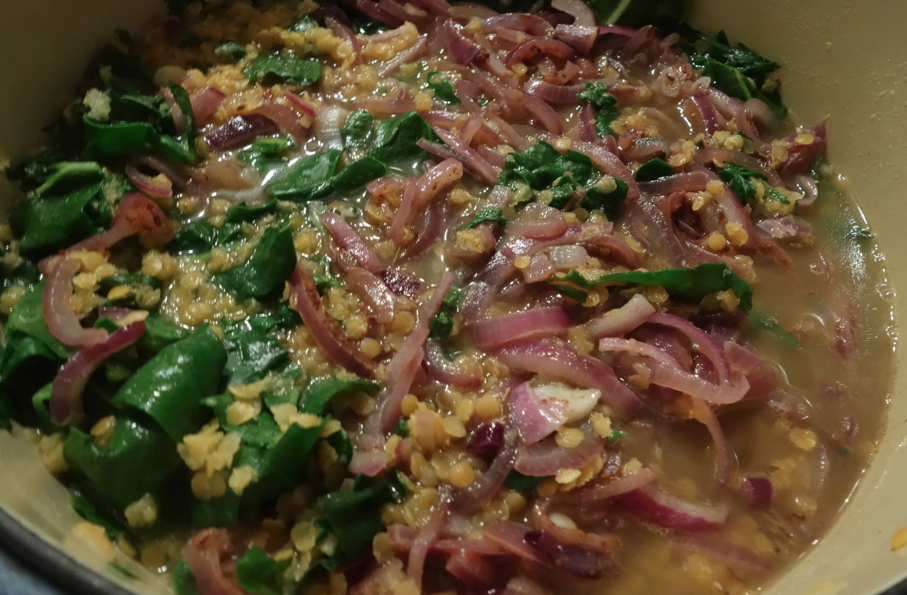 All the ingredients together! PRE-BLENDED!

* Finally, blend in vitamix until smooth. Then serve. Voila! 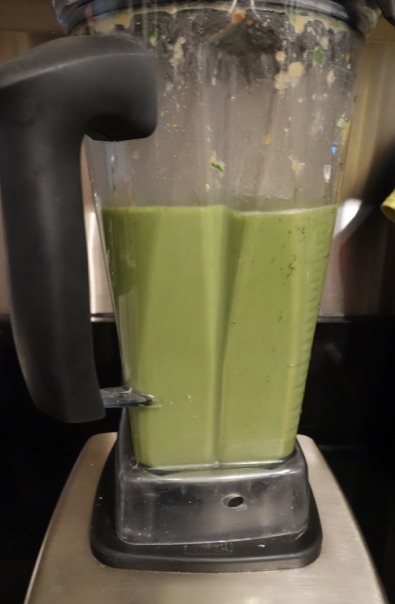 So delicious and packed with lots of greens! Hooray! Enjoy! Hope you have a great weekend! I am off to run 17 miles — wish me luck.