Beat the Bomb – an immersive group experience! I have heard amazing reports about this interactive activity, which is a mixture of an escape room and a video game, so I signed up and took some kids to have some fun. Absolutely everyone had a blast and it was the perfect rainy indoor day activity. Located in DUMBO in Brooklyn, Beat the Bomb is a privately owned company that started five years ago. It was first built for adults, for group bonding activities and fun, but after the pandemic, they realized that kids were wizards at ipads. So now, it is 50% adults, and 50% kids. 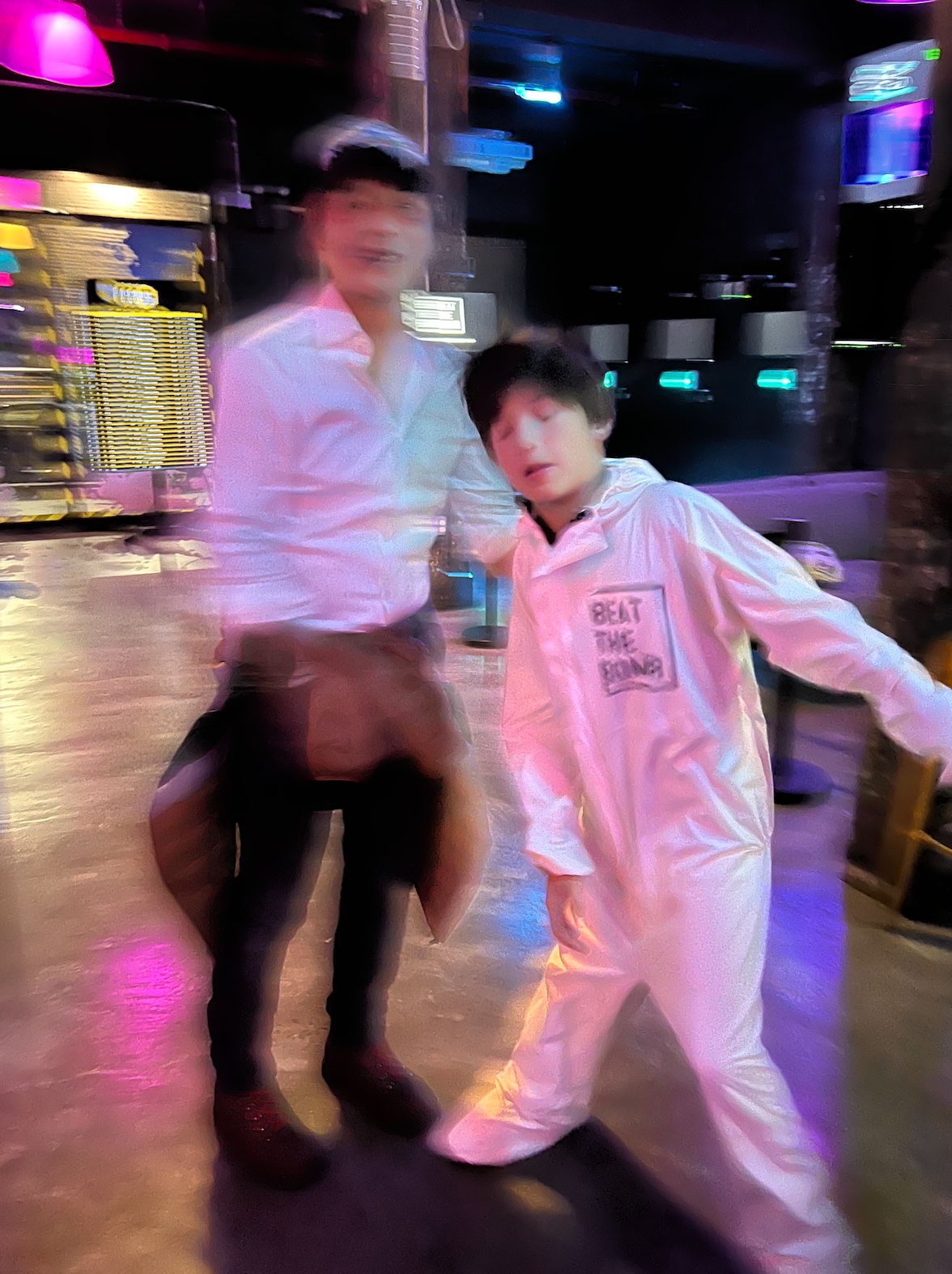 When you get to the space, you have to put on a hazmat suit. Blurry photo, but gives you an idea of what the suit looks like. 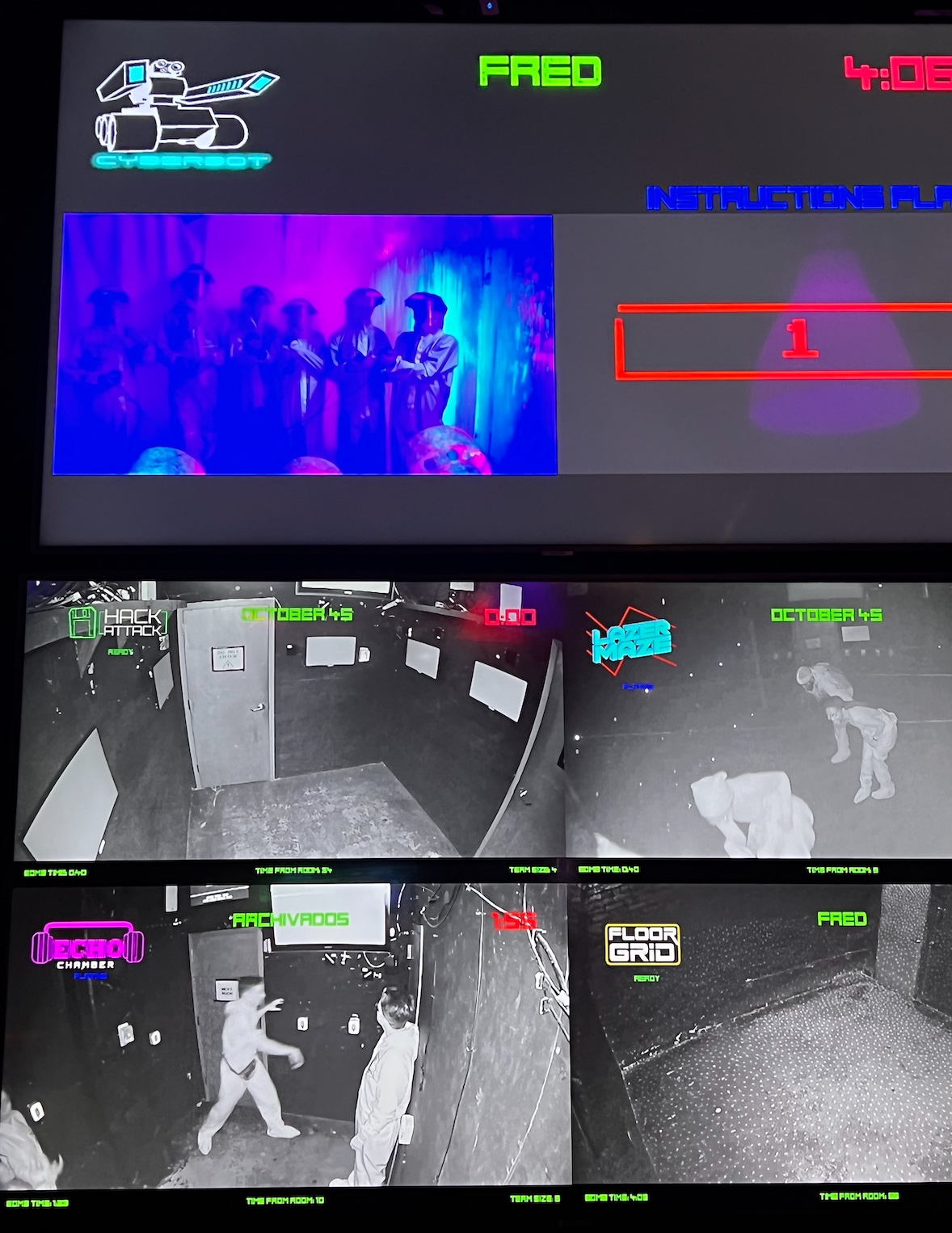 There are four different rooms with different games. In each game, you try to accumulate points. In the fifth room, your points convert into time that you are allowed to solve the problem and “beat the bomb.” If you don’t beat the bomb, you get paint thrown all over you. 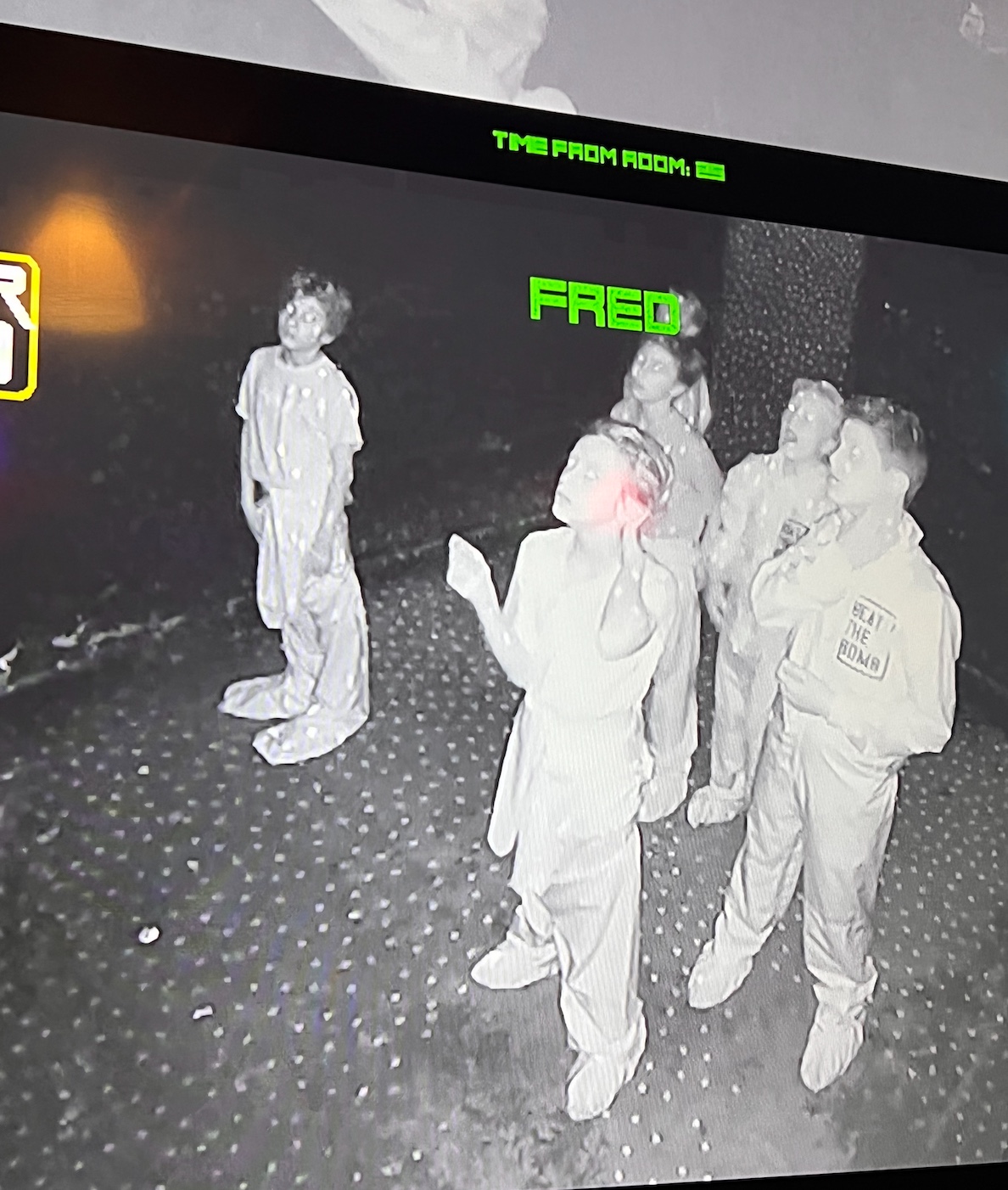 Working together. Six people are allowed to play — so if you go with a bigger group, then you are divided. We had six kids, so it worked out perfectly. During this hour time, I spoke with the person in charge and it was fascinating to learn more about the company. I was told that this group of kids were doing better than the average adult and when they were working together, they did amazing. But when they started to argue about the problem solving, then they didn’t do so well…shocking! 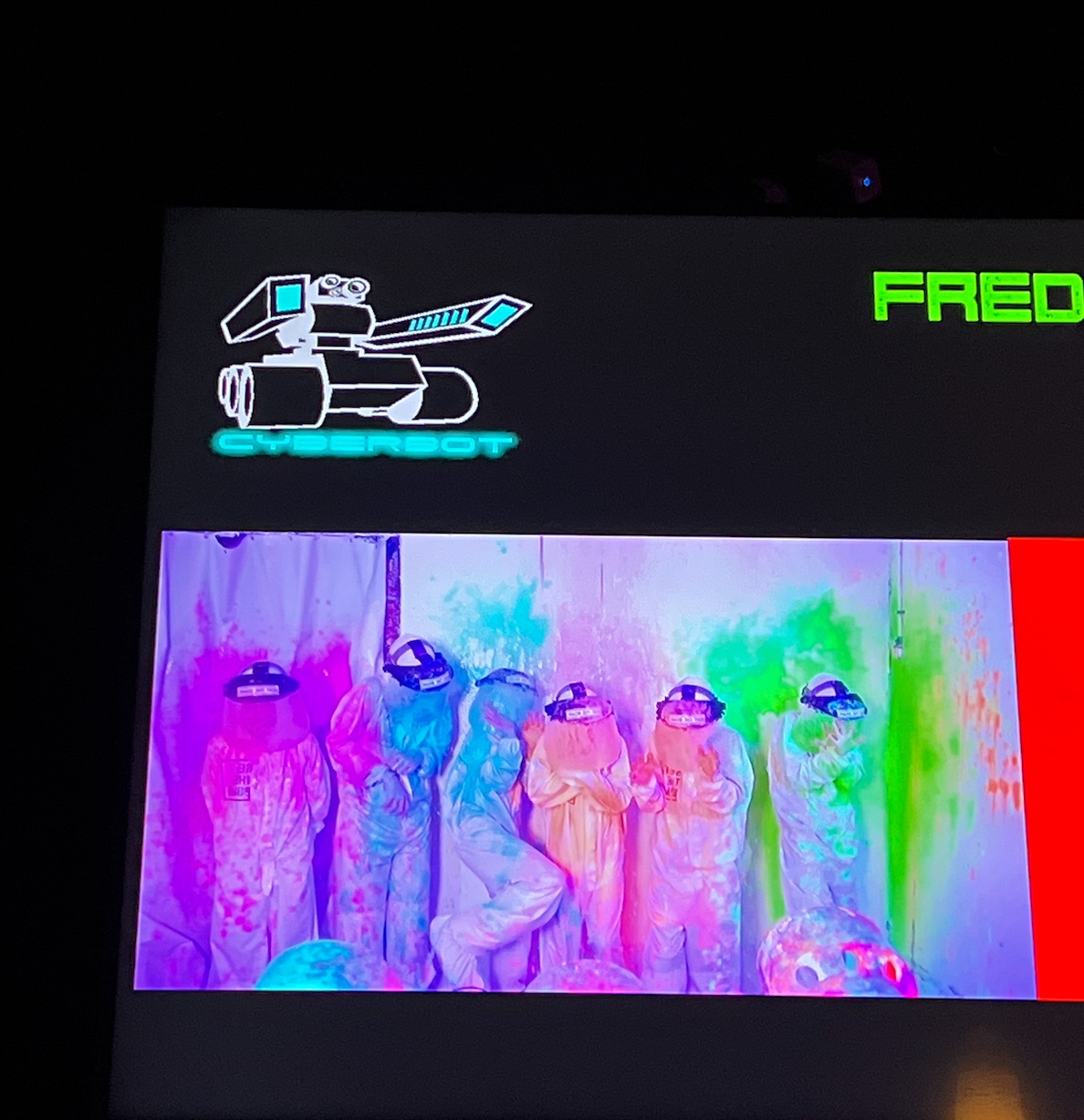 They amassed 4 minutes and 30 seconds to try to solve the last final room (the max is 5 minutes — so they did amazing), but they started to argue and disagree and it all went south and they got bombed. 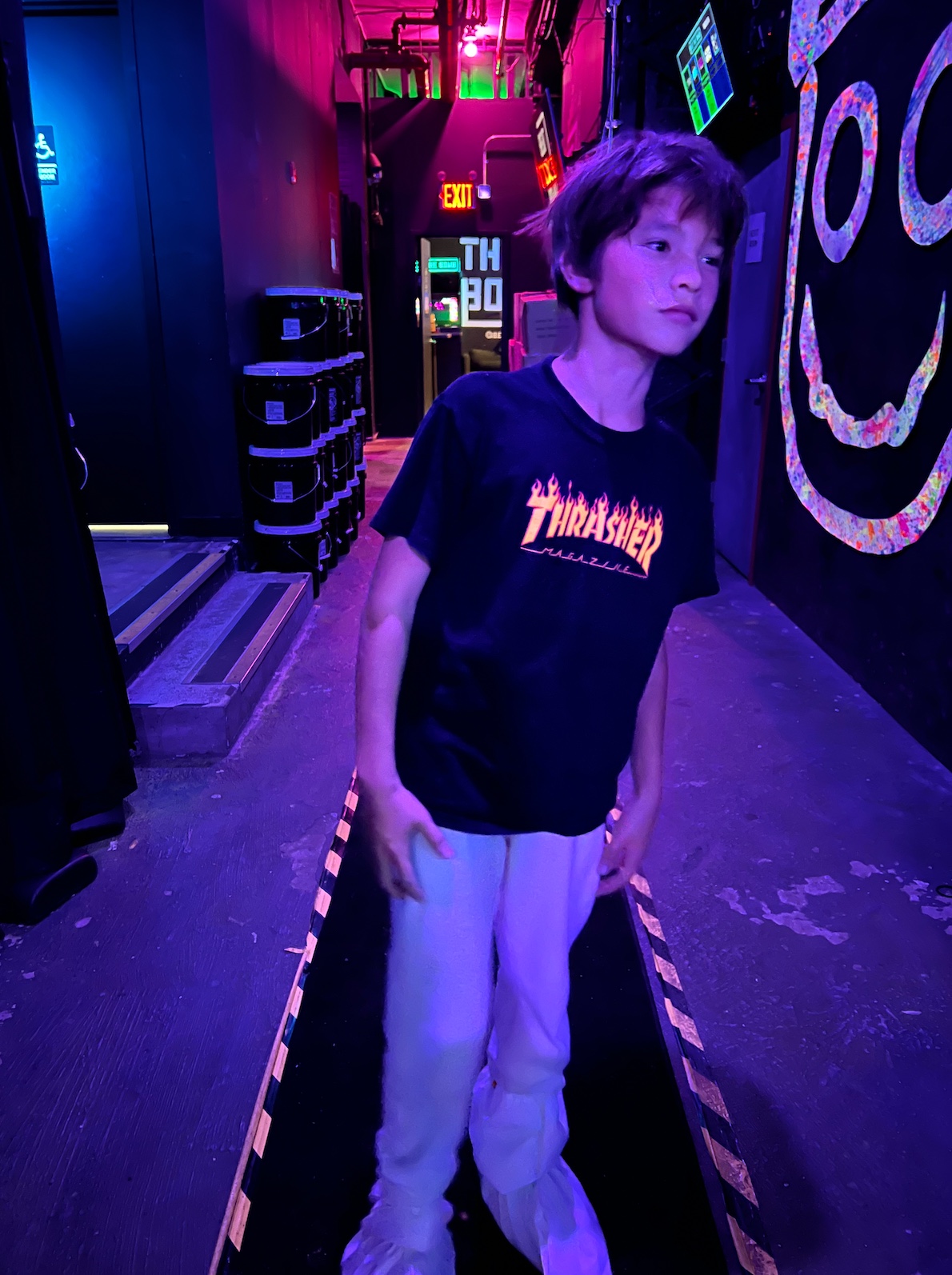 This outing was a HUGE success and I would highly recommend it for any group of kids or adults — we were the ONLY kids there, the rest were adults. We booked in advance, and it made a great winter activity. Beat the Bomb is expanding to Atlanta and then DC!