Ken recently read the book Eat to Live, and as a result, has been a little insane so far in 2018.  I have never seen him eat so many vegetables and beans (and so little meat and dairy).  Not sure what’s in the book, but it has really made a change in his diet, and he is enjoying it too.  In the spirit of vegan bean dishes, we decided to make Chana Masala the other night.  It was both of our first times making Indian, which was fun, if not without its challenges.  But we put together a tasty (and healthy) meal. 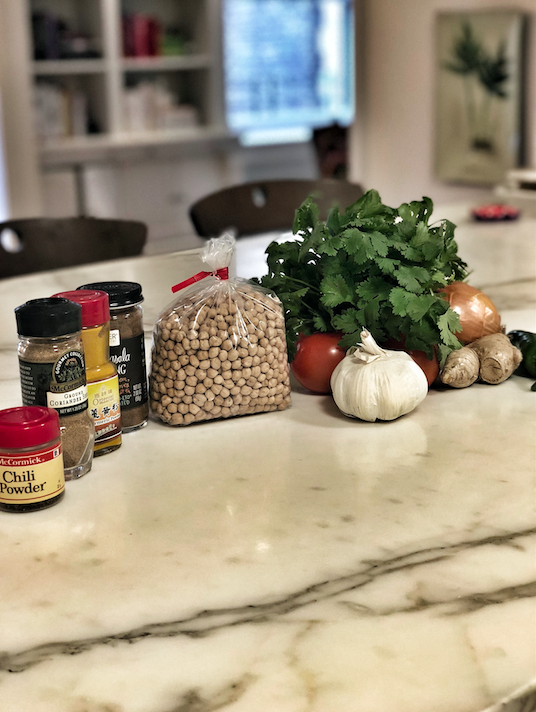 * 5 cloves of garlic, peeled and minced/chopped

* Turmeric (half a teaspoon) 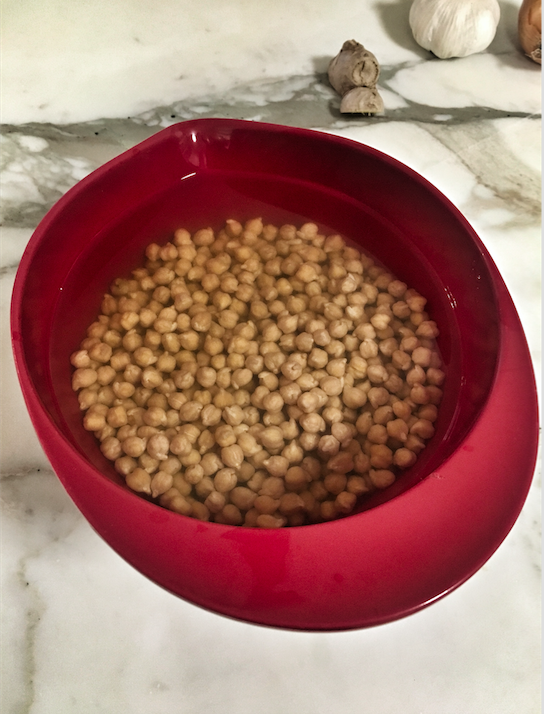 The process of preparing dried beans involves some foresight, art, and luck, but the upside is that they are fresher, have no preservatives, and are actually a lot cheaper as well.  To prepare them, you first need to soak them in water.  Preferably, you do this overnight (they will expand so be sure to use enough water).  We only had time to do it for about 5 hours.  Supposedly, you can also do it for just an hour. 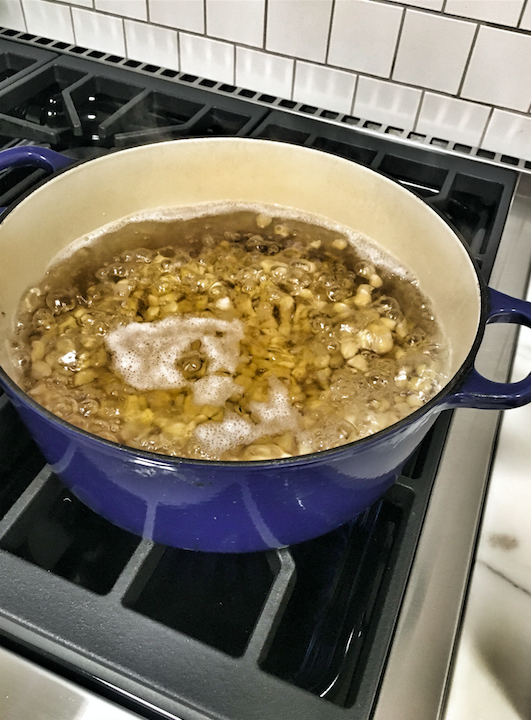 After a good soak, boil the beans until they are the proper consistency.  We boiled them for about an hour.  But depending on the beans and how long they soak, it could take shorter or longer.  There is a lot of literature on the web about garbanzo beans not getting soft enough, and whether that can be caused by introducing salt or acid (i.e. tomatoes) too soon in the process.  We played it safe and didn’t use salt (or cook them with anything else) until they were cooked through. 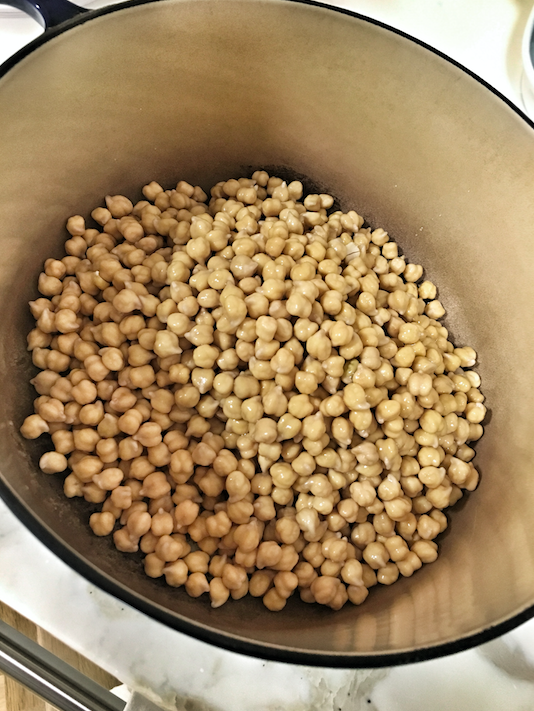 Beans post-boil.  They were probably a bit more al dente than beans in a can after boiling for about an hour. 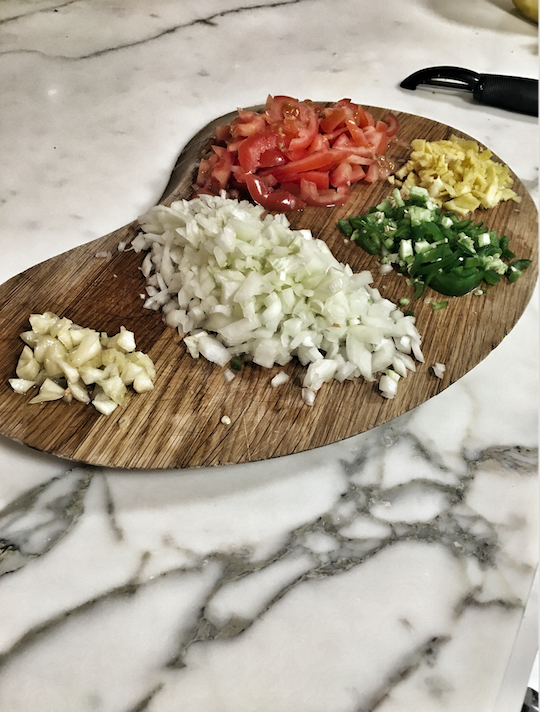 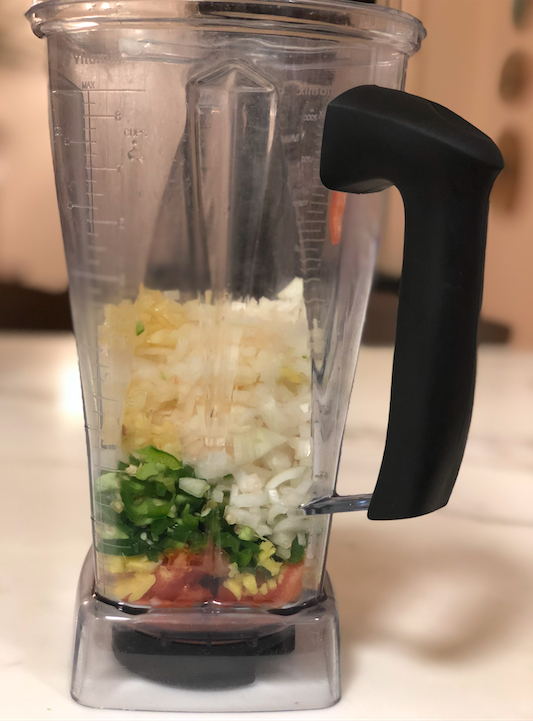 Use a food processor to blend the chopped vegetables into a paste (keep spices to the side for now). I wouldn’t quite define this as a “paste”.  Not sure if it was because of the machine (a Vitamix instead of a true food processor).  But the final product was good. 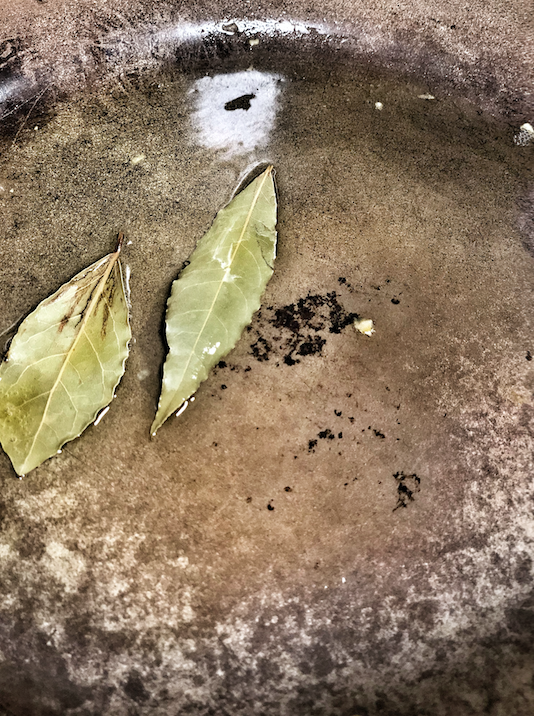 Heat up three tablespoons of olive oil in a skillet or your bean pot.  Add the bay leaves and cook for a minute or two. Throw in the paste and cook for about 2-3 minutes over medium high heat until it browns. 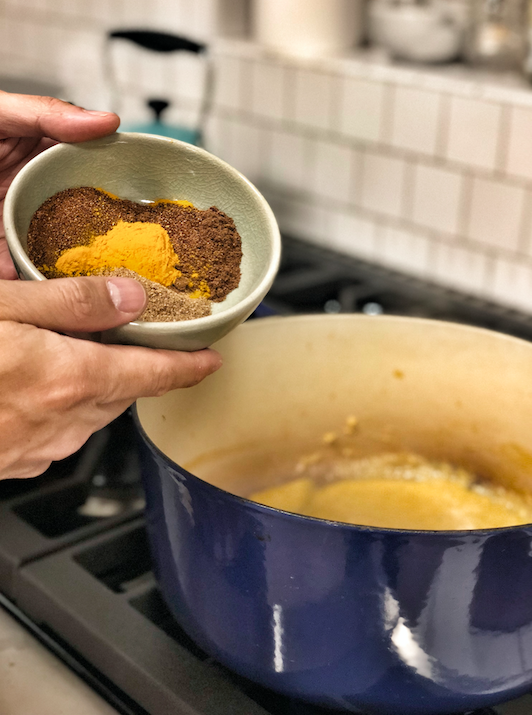 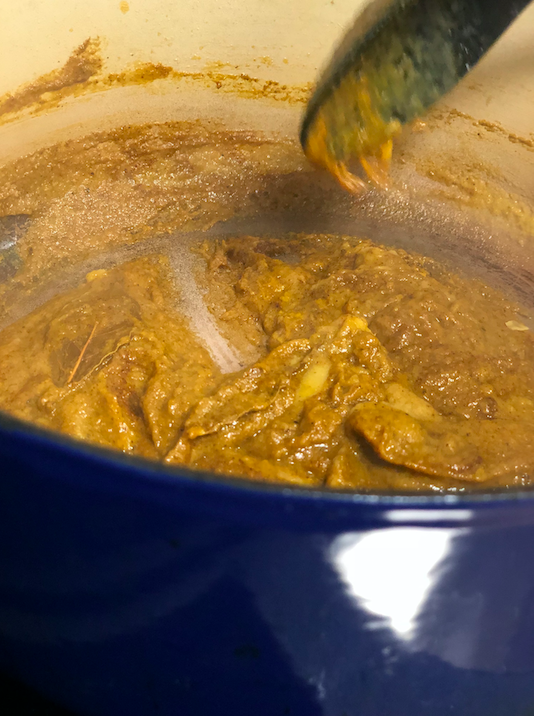 Mix and cook on medium high heat for 2 to 3 minutes.  Add salt to taste.

After the spiced paste cooks, add water to turn the paste into more of a gravy (not pictured, sorry).  Just think of the consistency of an Indian curry sauce, and add water and mix until you get there. 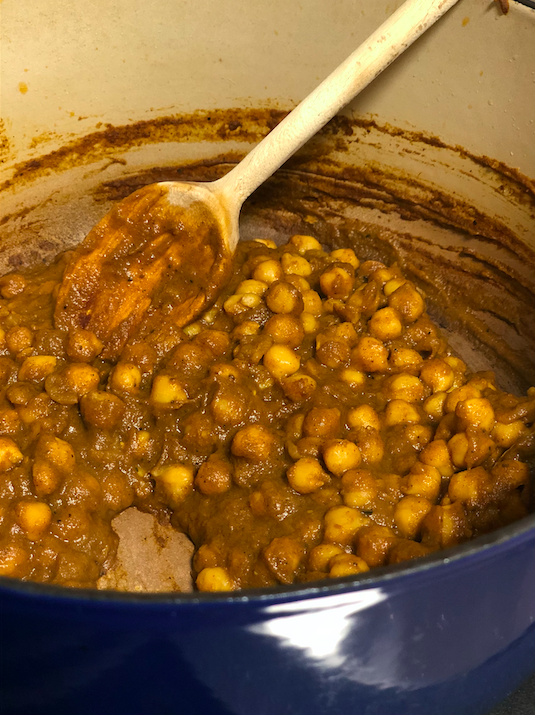 Add and stir for a minute or two. 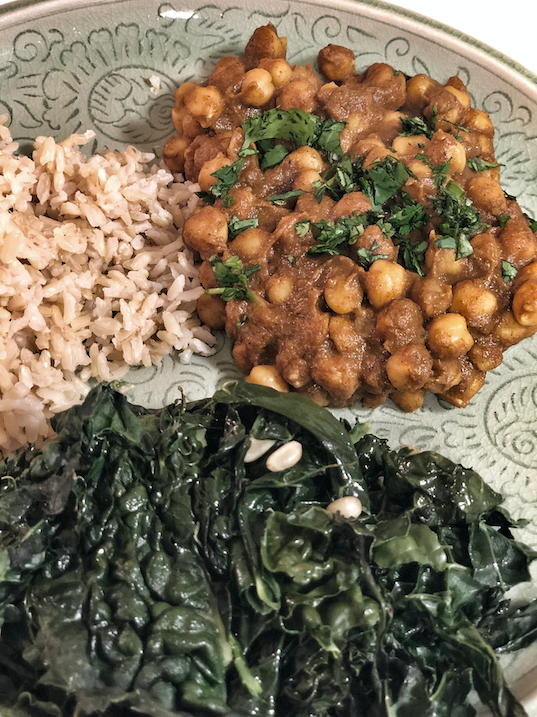 Based on Ken’s new obsession, we are probably going to be making a lot more bean/vegetarian dishes going forward.  This was a fun experiment… If you haven’t made your own beans or Indian food before, give it a shot!