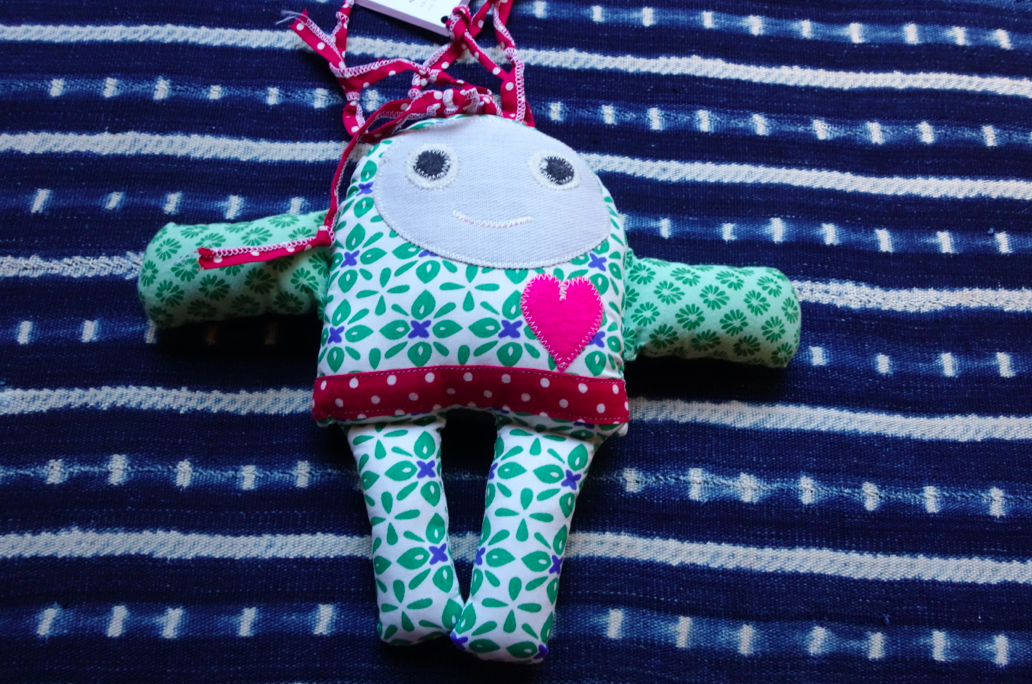 As a member of the tribe, it is with great excitement that I introduce Jaffa Dolls, a company based in Israel in which Jewish and Arab women come together to make dolls by hand.  Especially during a time when politics are getting OUT OF CONTROL, it is the perfect time to introduce a product that supports co-existence and unity, not discrimination and racism.  Jaffa Dolls support WOMEN and PEACE between two ethnic groups. Peace and women — double your pleasure, double your fun. And to top it off, the dolls are unique, cute, and happy. I had the privilege of sitting down with good friend, Laura Newmark (also the wife of $2 bill Matt), who is the US Distributor of Jaffa Dolls.  Read on to find out about this new venture. Thanks, Laura! 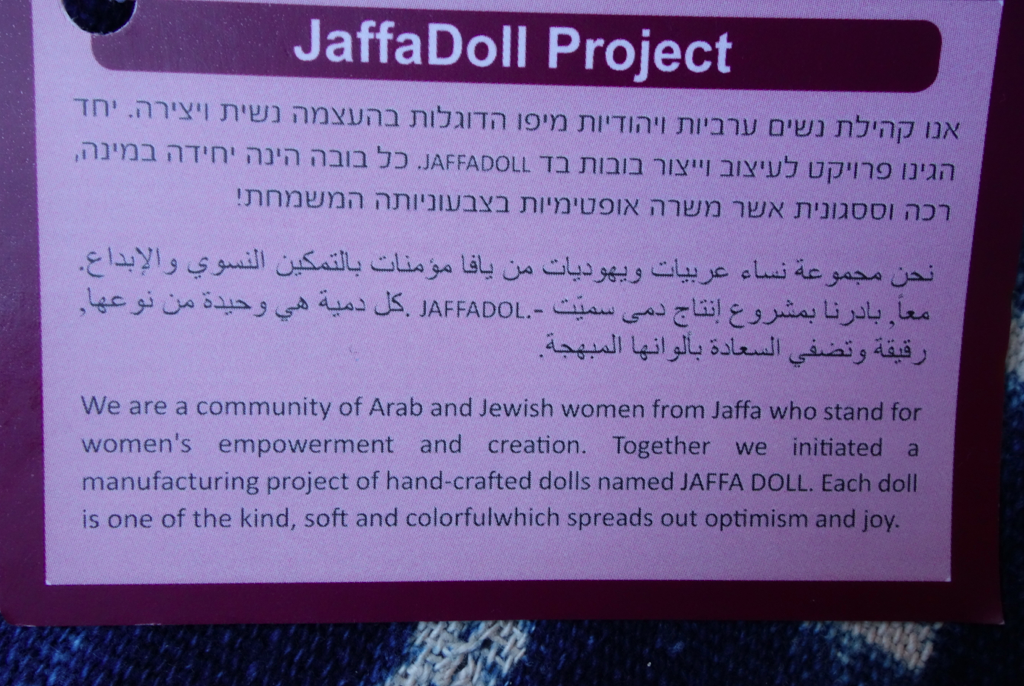 How did you become the United States Distributor of the Jaffa Dolls?

In 2013, we went to Israel with our older son Elias who was 10 months old. A good friend took me to this interesting store called Kelim Sheluvim on Dizengof Street in Tel Aviv. I saw these fantastic, colorful dolls and thought they were so fun and happy and then read the story behind them and immediately bought one for Elias. Cut to June of this year, we are in Israel again, now with Elias and our younger son Milo who is 7 months old. I stop at the store and ask if they have the dolls and boom, Milo gets one. I am a big believer in empowering women and was looking to do home-based work that combined meaning and business and thought – hey, I wonder if they have a U.S. distributor. I reached out and a few days later was sitting in their offices talking with Safa, the amazing founder of the umbrella organization called Arous el-Bahar.

The women who are involved with the Jaffa Dolls are both Jewish and Arab — how did these women become involved in this project?

There are three main women who work on the dolls. Rosanna is a Jewish artist who moved from England to Israel 30 years ago and lives in Tel Aviv. She was doing work that was graffiti inspired and made some dolls. A Jewish friend of hers who has had a restaurant in the Jaffa section of Tel Aviv for many years was opening a store with all handmade and socially conscious items. She loved the dolls and wanted to sell them. She told Rosanna about Arous el-Bahar and suggested talking to them about working together on this project. Sahar went to sewing school and has been living in Jaffa over a decade. She used to sew with her mother who was a dressmaker. Her aunt told her about Arous el-Bahar and it has become a second home to her. She got involved from the beginning in the Jaffa Doll project utilizing her sewing background. By doing this work, she is helping to improve the financial situation of her family. Elham grew up in Jaffa and worked as a seamstress until the factory she was working in closed. Her friends told her about Arous el-Bahar and she started coming and took classes and then got involved in initiating the Jaffa Doll project. 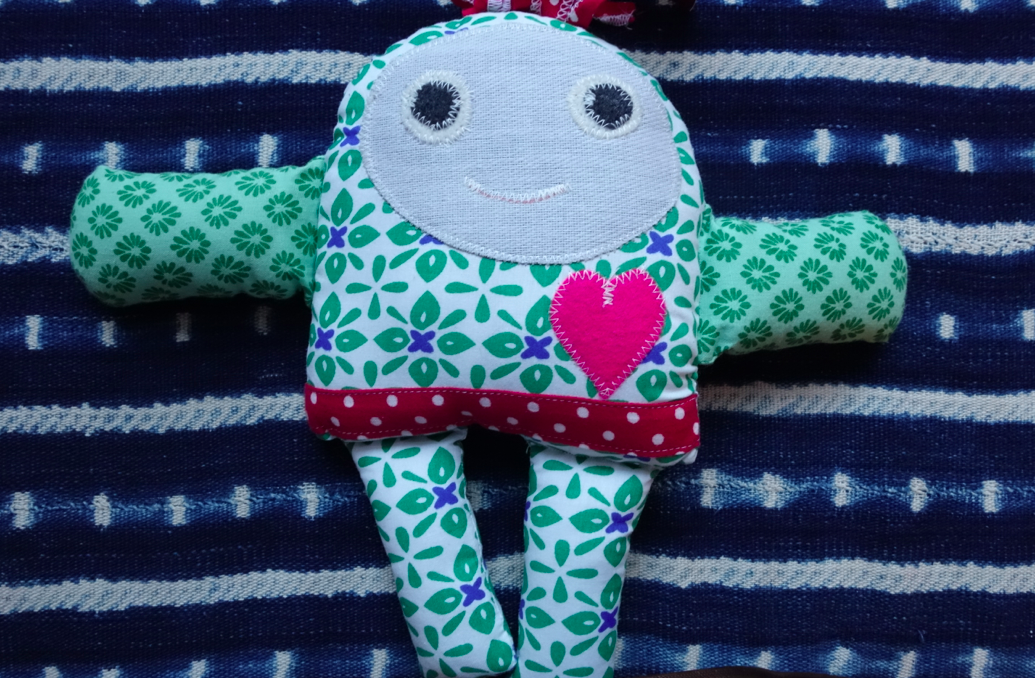 Do you know if the women who work on it, come to the work with preconceived notion of the other “group”?

They each had some stereotypes about the other. The Arab women had interacted with Jewish women in Jaffa but had some preconceived notions about Jewish women from Tel Aviv. Rosanna had not interacted with Arab women and thought most Arab women stayed at home and didn’t work. The barriers were broken down once they started working on the project together in 2008 and were able to see each other for their humanity and find common ground.

How has the project empowered the women?

It has helped the women with more financial independence. They make almost double the hourly minimum wage that most women in Jaffa who work make. They love working together and being part of something bigger. It is a very important project of the organization and they’ve been extremely proud when, especially museums, started selling their dolls. They are thrilled that the dolls are now being sold in the U.S. 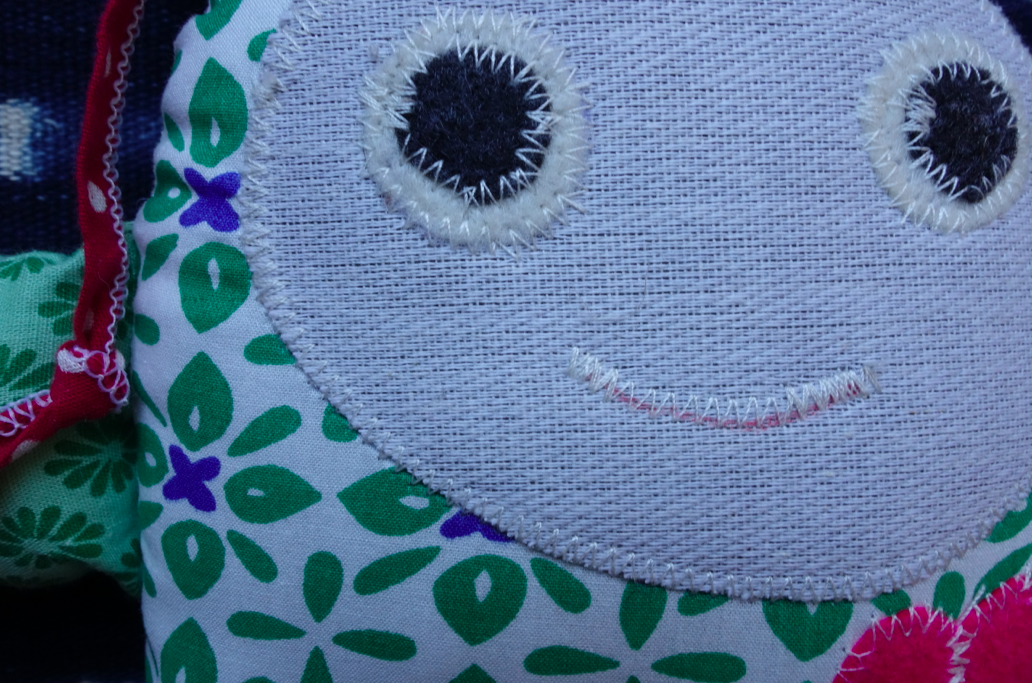 What are some of the challenges of this project — both for the women making the dolls, as well as on your end, selling them?

One of the biggest challenges in Israel has been the marketing and selling of the dolls. Many places love the dolls but they only buy a few dolls at a time. They have to sell a lot of dolls to make normal salaries.

There are two big challenges for me. 1. Getting the word out beyond friends and family about the dolls (thank you Josie Girl!) and doing the majority of sales on the website. Because the dolls are handmade and shipped from Israel, the cost per doll at wholesale is substantial which makes it trickier for me to then try and wholesale to retail locations. 2. Because the dolls are handmade and each one is unique, it was tough to classify them on the website as they were each different. One modification we worked out together was making at least 8-10 dolls per dominant color to make it easier for online sale classification.

What is the symbolism of the project to you? And what is its importance?

I’ve always been a big believer in finding ways people can come together. I also feel that when women are empowered, good is always to come. I appreciate handmade items and have a particular fondness for items for kids with a story, especially ones that make me smile. I was really struck by something Rosanna told me when we talked. She said that making the dolls gives the women an opportunity for shared experience which leads to dialogue, especially coming from different backgrounds. She also said there’s something so peaceful about crafting. 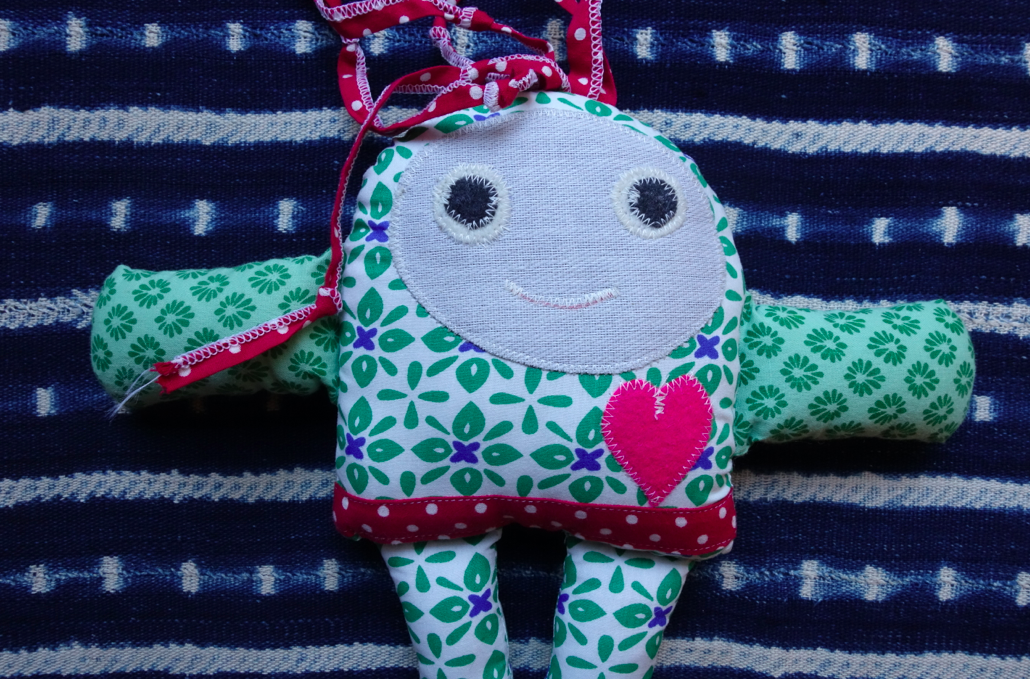 The dolls are sassy and unique — do you know how they were designed to be the way that they are?

The dolls were inspired by graffiti art and intentionally are made with bold and dynamic color combinations. The women worked together to refine different components from the original dolls, shifting arms and legs and creating the proportions we see today.

Where do the women find the fabric to make the dolls?

There’s a large apparel industry in Israel and originally, they were getting remnants of those different fabrics, and making a few dolls in that dominant material. Recently, they found organic cotton from a supplier that sells to makers and designers and are getting bigger pieces of fabric to make larger collections. 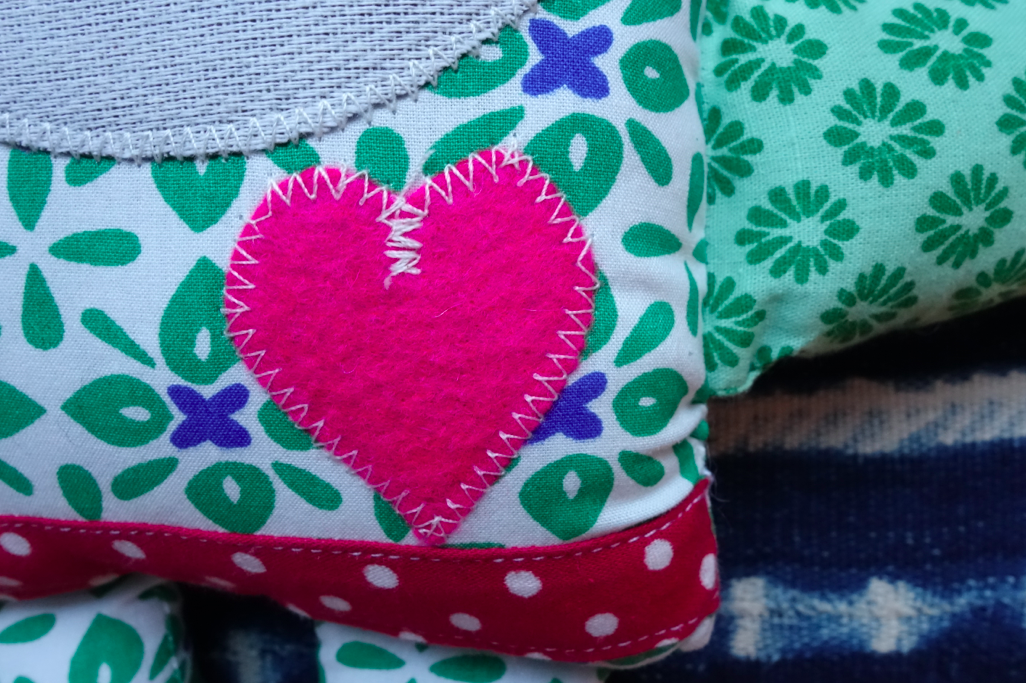 Do you have any inspirational stories from the women and the project that you are willing to share?

Sahar told a story about how she was so excited to buy a gift for her husband. When she was asked why that made her so happy, she said that in the past, she’s always had to ask her husband for money to buy him a gift, and she felt extremely empowered buying it on her own.

What is next for the dolls? What is the goal of the company?

We are gearing up for the holiday season. My goal is to build the company into a full time job that helps to employ many more women in Jaffa and stands as an important reminder of co-existence and the strength of women working and crafting together.

Thank you for supporting Jaffa Dolls!

Thank you, Laura! This is a perfect Hannukah gift for a child, a stocking stuffer from Santa, or simply a way to support both peaceful interactions between conflicting groups, and empowering women. Go here to see all the various handmade, one of a kind dolls. Peace on earth!