I have the tendency to fall head over heels in love with a certain song and then listen to it on repeat at least 1,000 times. It KILLS my husband. KILLS. And yet, I can’t help myself. So last weekend, I was introduced to a French singer, Christine and The Queens, and the ENTIRE album is incredible. There are a couple of songs that are *mind-blowingly good* but in general, the whole album is remarkable. 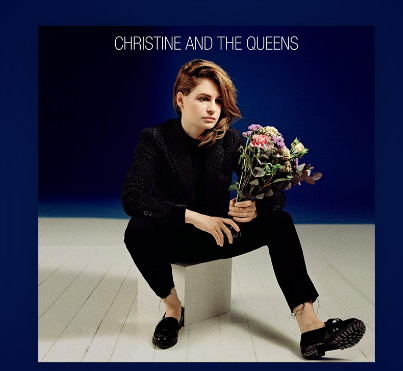 Christine and The Queens is well known in France (winning the equivalent of a Grammy for Best Female Artist in 2014), and will soon become known in the States. TRUST ME.  Go here to read an interesting article on Christine in Time Magazine from 2015. And listen to her whole album. My favorite songs are Tilted (CANT STOP WON’T STOP), Saint Claude, and iT. OMG OMG OMG I JUST LOVE THE WHOLE ALBUM. SO SO SO SO SO SO SO SO FLIPPING GOOD. And watch this clip of Christine (her show name) on Jimmy Fallon. I want to see her in concert — goal for 2018. Do me a favor and listen to Tilted. And the rest of the album.