Ken’s here! So happy to have our full family back together for the next week and a half. On his way out from New York, he had the privilege of seeing the Friday night show of the Grateful Dead’s final three concerts in Chicago.  Here’s The Josie Guy.  Enjoy! 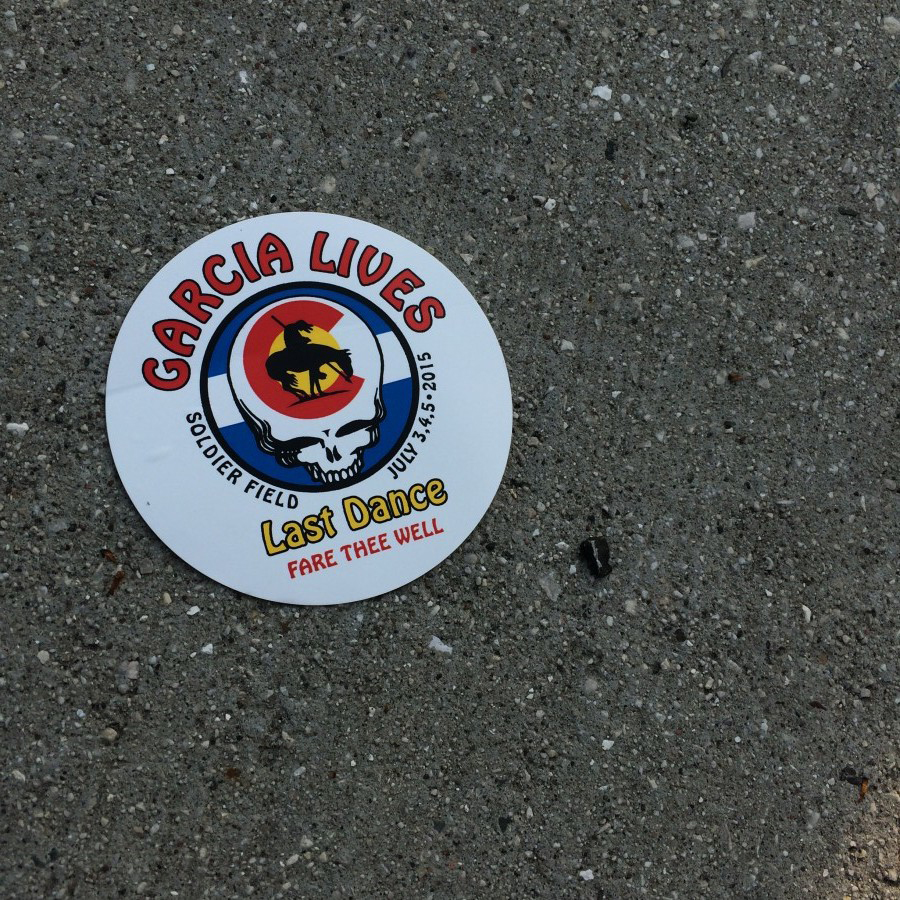 Greetings all!  When one of our best friend’s from Stanford mail ordered and scored tickets to all three nights of the Chicago shows and invited me for Friday, making it work was a no-brainer.   See great music and something historic.  Check.  Catch up with great friends.  Check.  Logistically easy (conveniently on the way out from New York to Oregon).  Check.  Turning back the clock and feeling like I’m in my college again (with some blatantly obvious adjustments since we are getting old).  Winner.  Here’s our (complete) day in pictures. Not what you expected as the first picture?  I landed at O’Hare at 10:30.  By 11:15, we were at “Chicago’s Original Real Urban Barbecue.”  This restaurant is a concept they are testing out near McDonald’s headquarters.  While I don’t usually eat barbecue (or two pounds of meat) before noon, it was awesome.  I hope this concept catches on and spreads… particularly to New York.  Part one of our large day. Hopefully for your sake, one of these opens up soon in a neighborhood near you. After lunch (or shall we call it “pre-lunch”), we went to my friend’s sister’s house for more revelry.   Any time you are pairing iced coffee with rose, you can bet you are heading for a decent day. #ThisIsHowOldYuppiesPre-Game 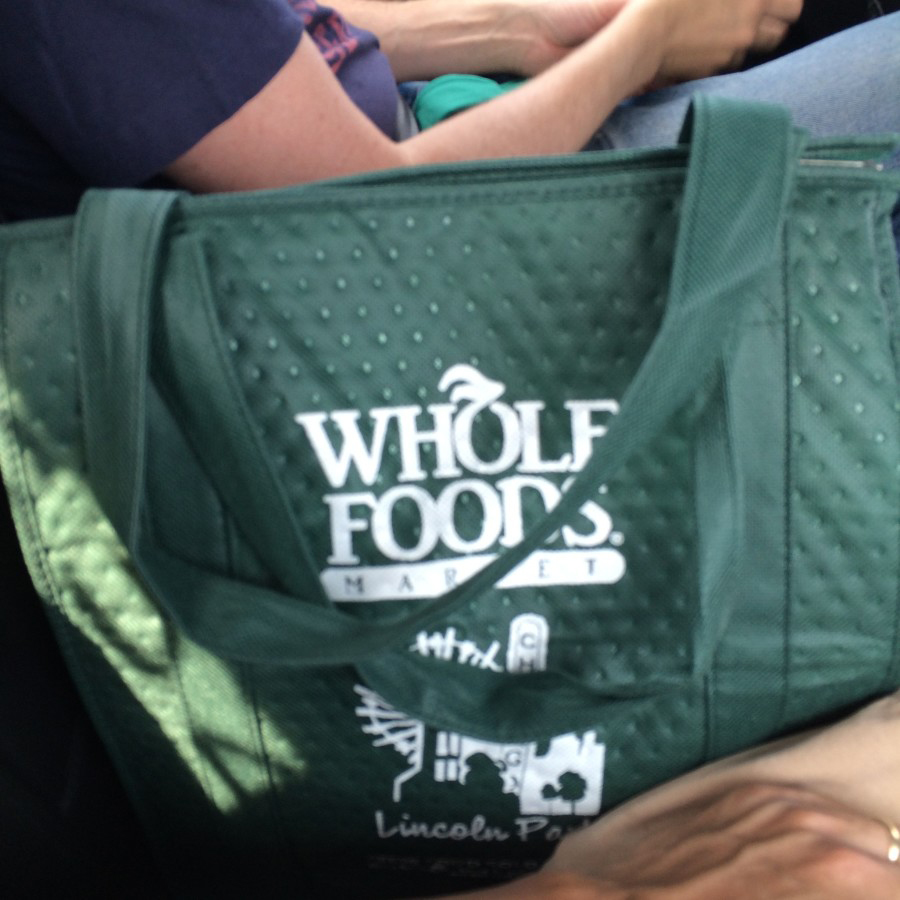 En route to Soldier Field with our beer, water, and sandwiches… in a Whole Foods bag.  #ThisIsHowOldYuppiesTailgate 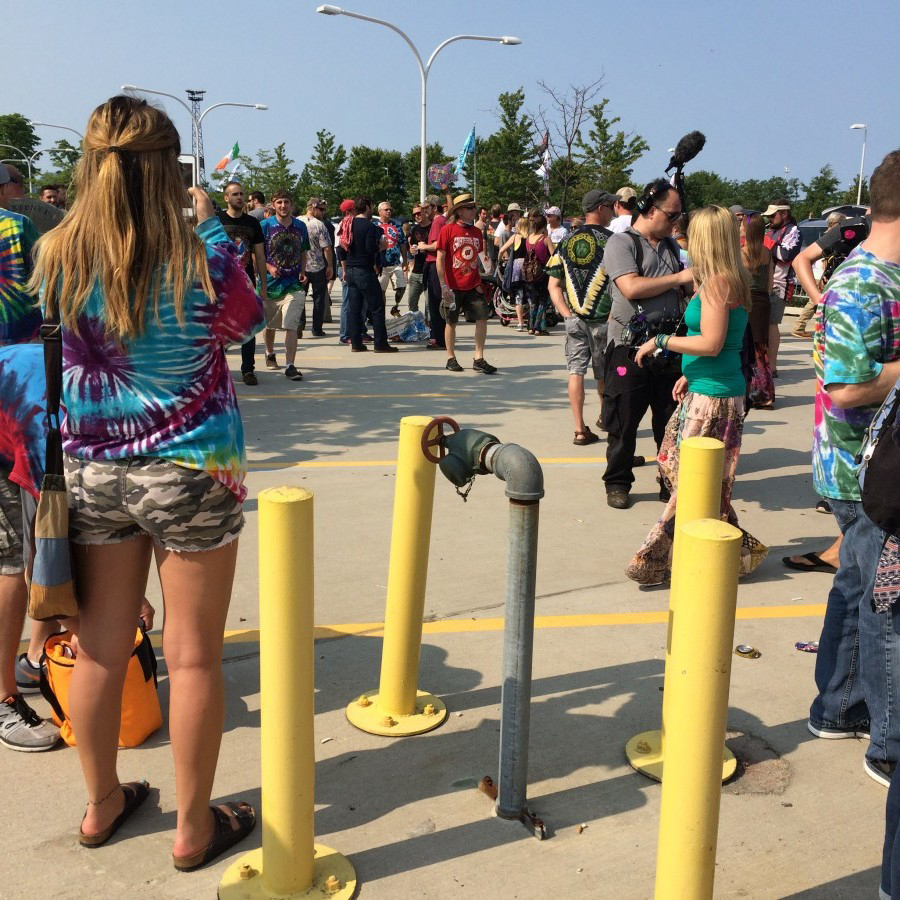 The parking lot. An amazing scene. If I had to sum up the Dead tailgate overall scene in ten words, I would go with something like: tie-dyes, aimless wandering, people holding up fingers looking for a miracle (ticket), drifting (physically and mentally), an amazing lack of port-o-potties, stranger love, rampant public urination, stickers, patchouli, and awesome. A great three hours that got everyone really fired up for the show.

Lots of people handing out stickers. The guy who gave us this one thought we may want to give him a free ticket in exchange. This is a security guard. They were all wearing tie-dyes. Amazing. 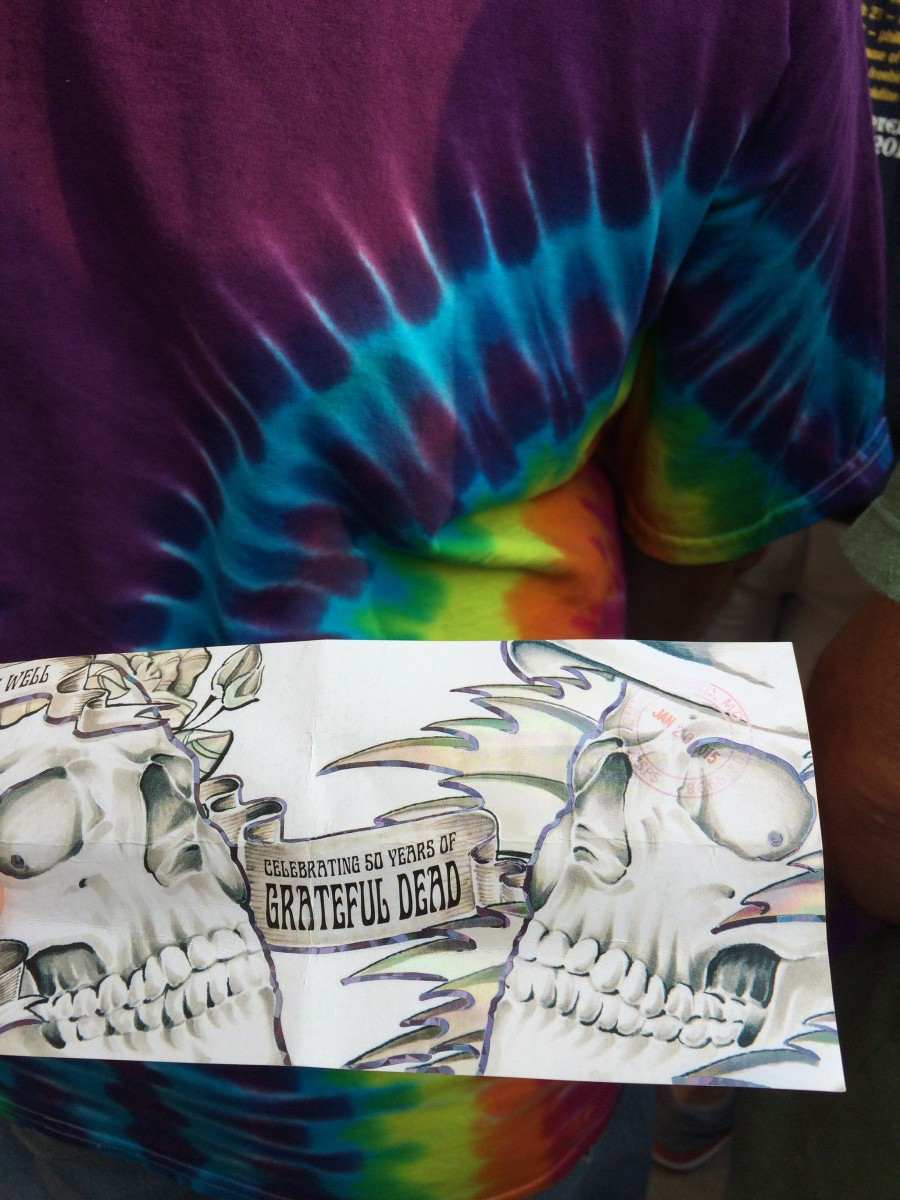 These were the Friday tickets. Each night’s ticket had a different fan-submitted design. Scarlet/Fire, the highlight of the show (for me). An amazing night.  Incredible amounts of happiness and appreciation all around. The night fittingly ended at an amazing diner called The Country Cup. It’s attached to a bowling alley. Enough said. You will never be looking for food after a Dead show in Chicago ever again, but if you get transported backwards in time and face this situation, go there. Things that were consumed, by three people, in no particular order: fried chicken, fried shrimp, a pork chop, corned beef hash and eggs, an omelette with gyro meat in it (don’t ask), two chocolate milkshakes (by the same person), a decaf coffee, a Sprite, orange juice, and the following sauces (hot, barbecue, tartar, cocktail, honey). Late night dining at it’s best..

…And finally, an admittedly too short four second video..

Thanks to our friends who hate the Internet (O.F.W.H.T.I) for getting the tickets and organizing an awesome and unforgettable night.  Fare Thee Well….