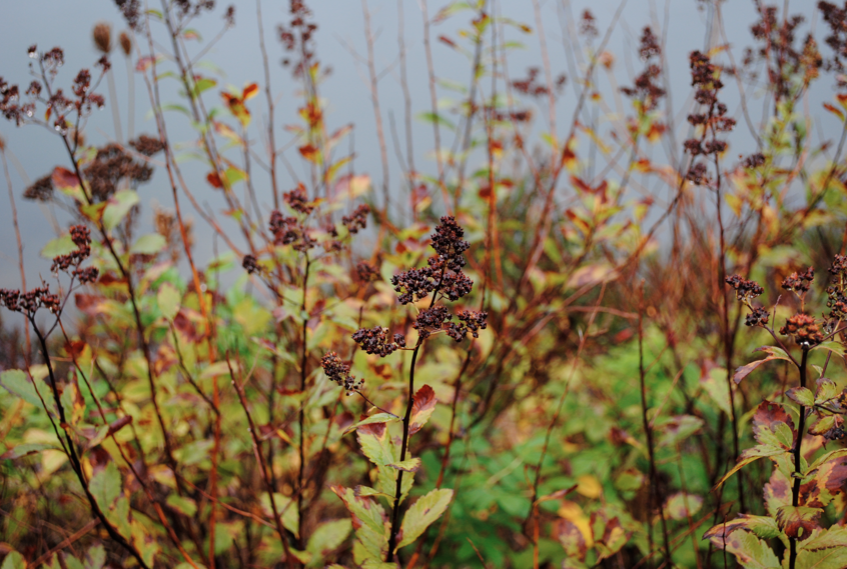 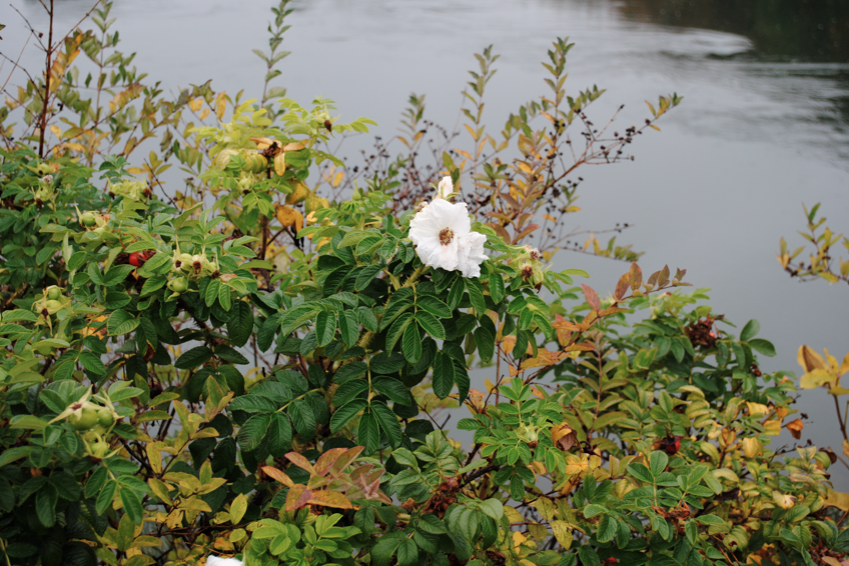 Ambitious weekend.  We drove up to Maine from New York with the kiddos for one of my best friend’s weddings.  In addition to a beautiful ceremony and catching up with friends, we also took in a one of the first fall weekends in New England.  Enjoy the pics! 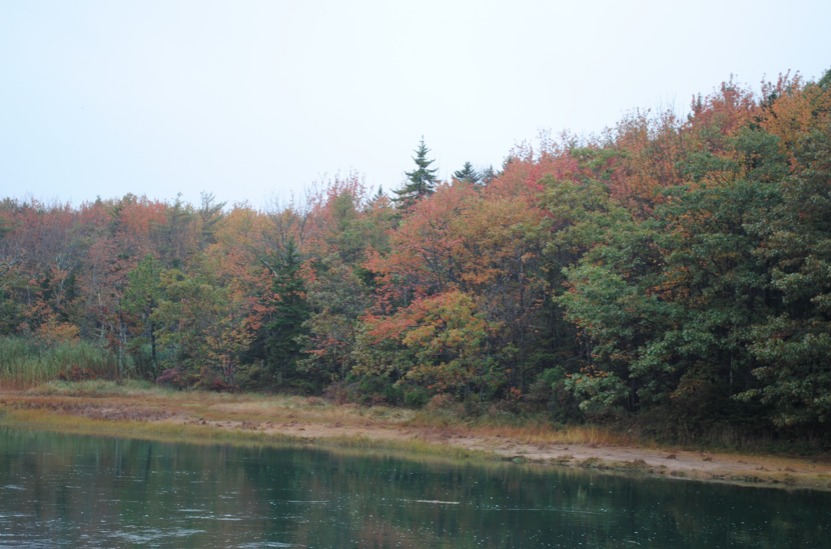 Although it just turned Fall, New England leaves are starting to turn 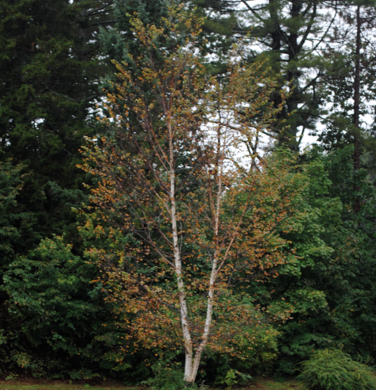 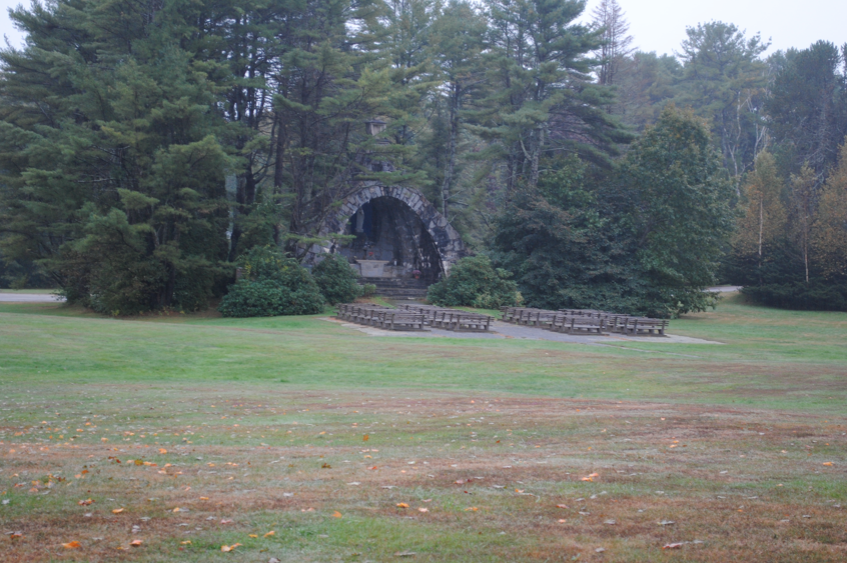 We stayed at a Franciscan Monastery, which was the site of the reception. They must get outside funding, because our 3 bedroom room (we brought the kids) was $149/night. And the breakfast, which was awesome, cost a $3 suggested donation per person. Nice! 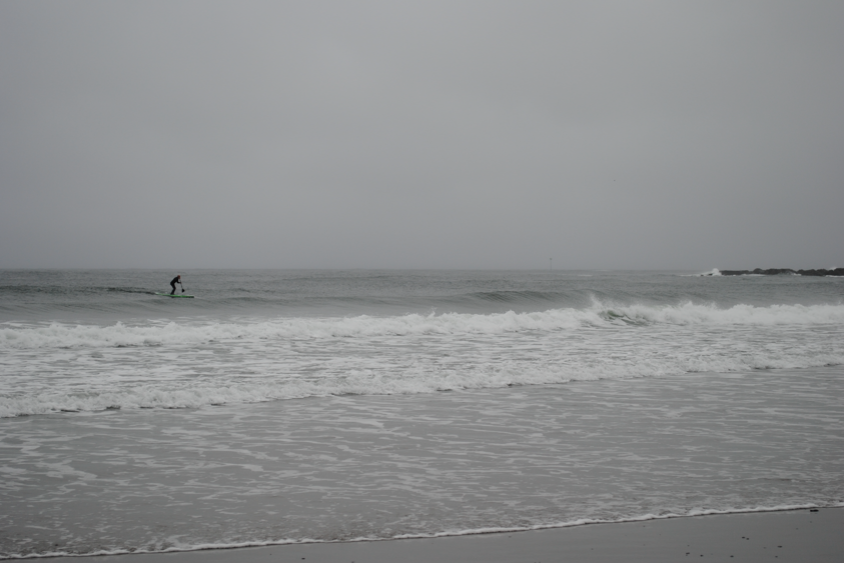 Both the bride and groom are big surfers, so we checked out the beach. Surfers (and paddleboarders) were out! (It was NOT warm) 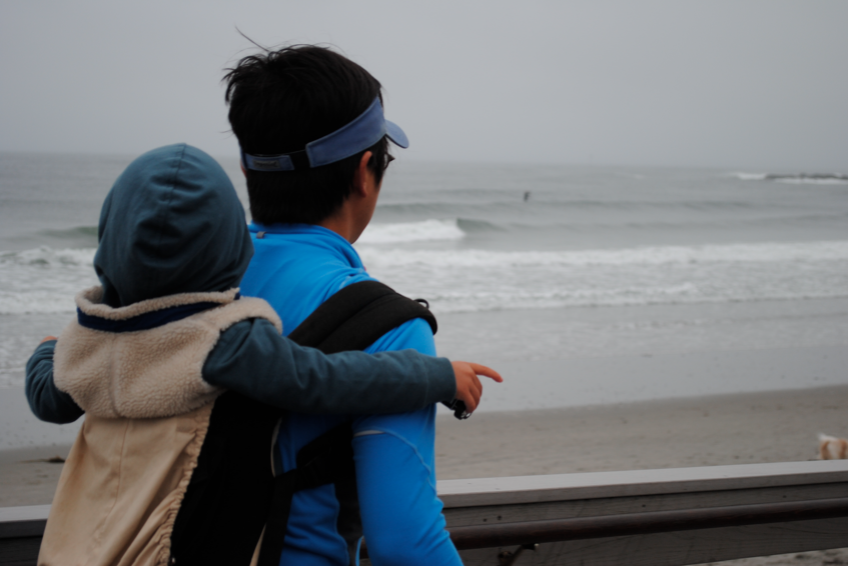 Ken and Cruz, watching the surfers 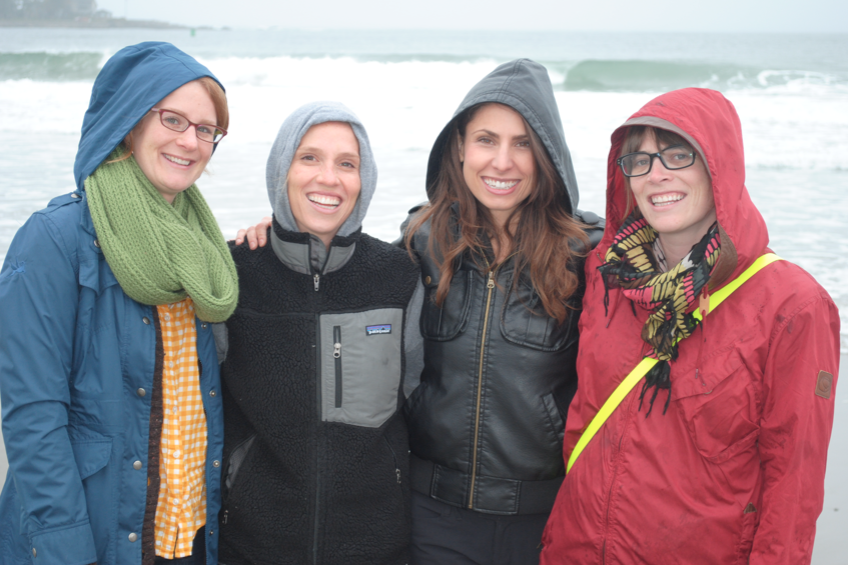 The Pomona girls. (In case you were wondering, Maine beaches in September are colder than California beaches… always). 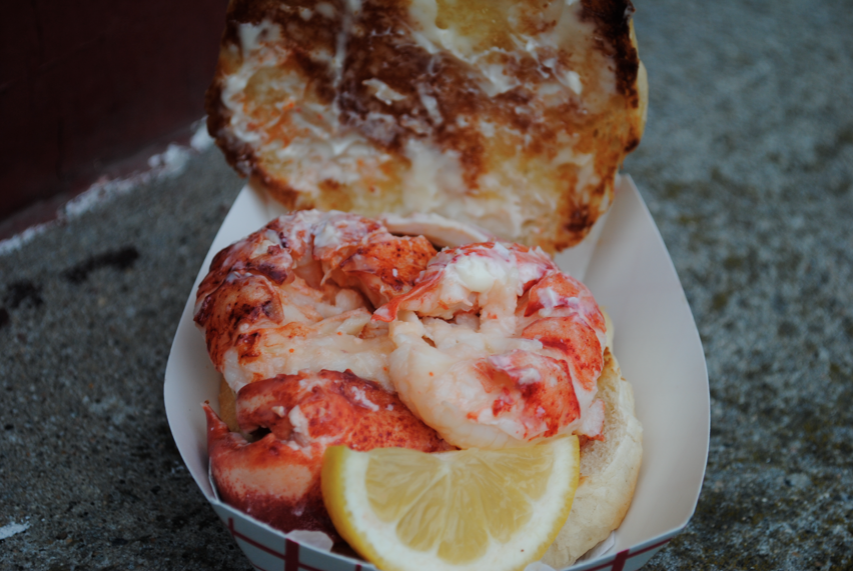 When in Maine, eat lobster. Ken had a lobster roll at The Clam Shack in Kennebunk (pictured above), and I had clam strips (hungry = I ate them before I could take a picture). Both were delish. 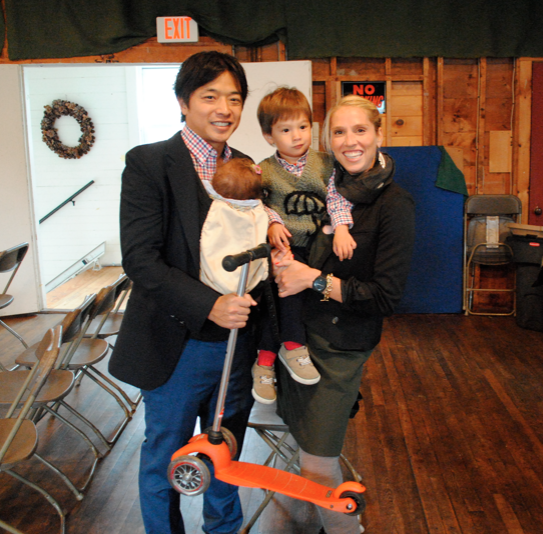 At the wedding. The ceremony started with a “kids parade” down the aisle. Cruz decided to scoot (right after the two kids on stilts). Pretty awesome scene… until Cruz wouldn’t keep quiet during the ceremony, and Ken had to take him outside. 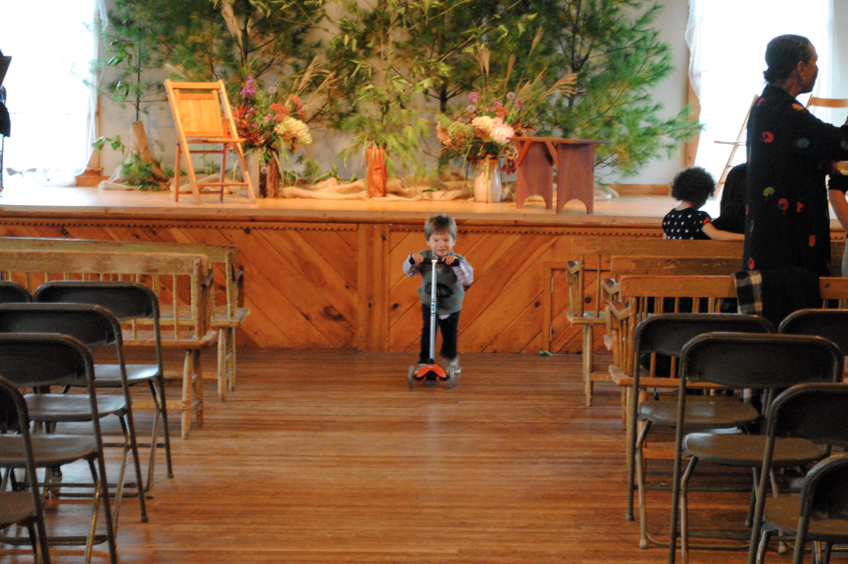 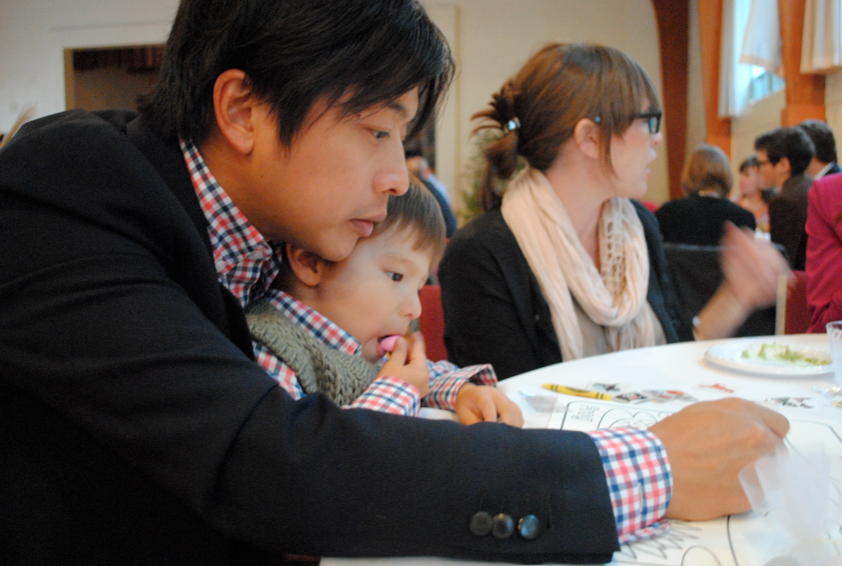 Crayons at the table. Yes, those are matching J Crew shirts. 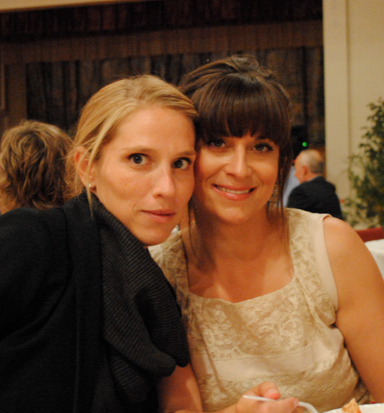 Me and the beautiful bride. Congrats Gigs and Peter!

It was truly a great weekend. So fun to be reunited with my college gals to celebrate the union of two lovely people. Gigs and Peter are a great pair, and it was an honor to share their special day with them.