Over Spring Break, we became pickleball obsessed. So much that we played every single day and even bought our own equipment — which is big news for our family that never partakes in racket sports together…. 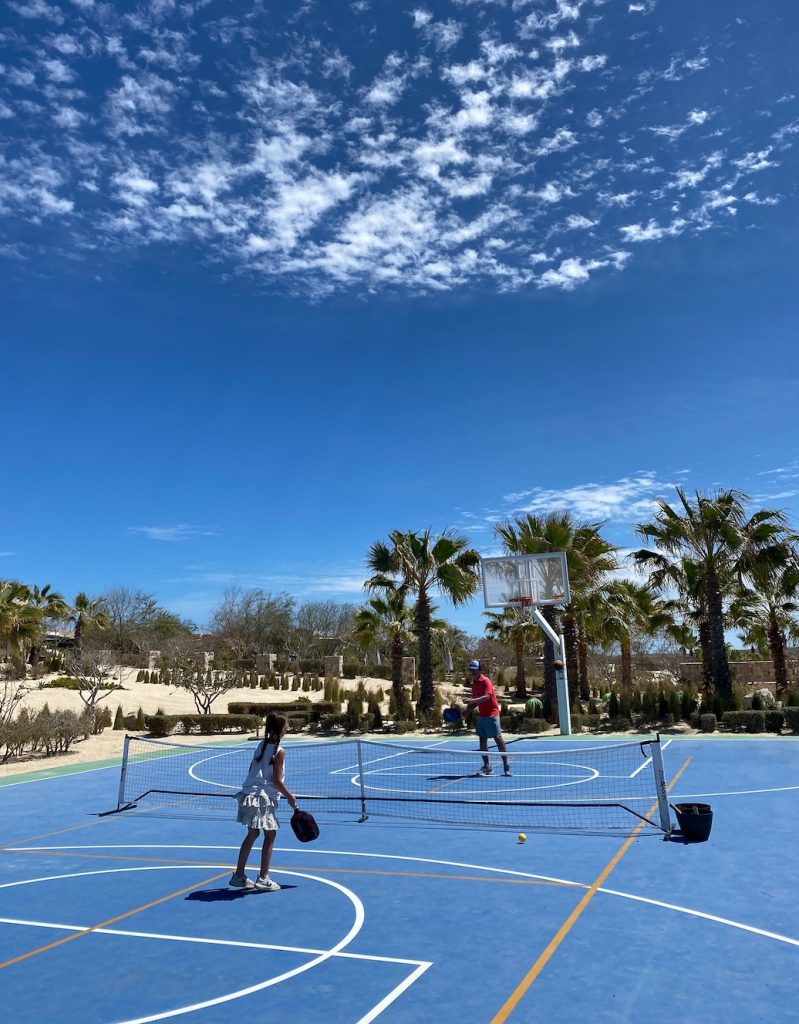 We were first introduced to the sport at our resort in Mexico where they had a court. Pickleball is basically a small court tennis but played with a wiffleball type of ball. 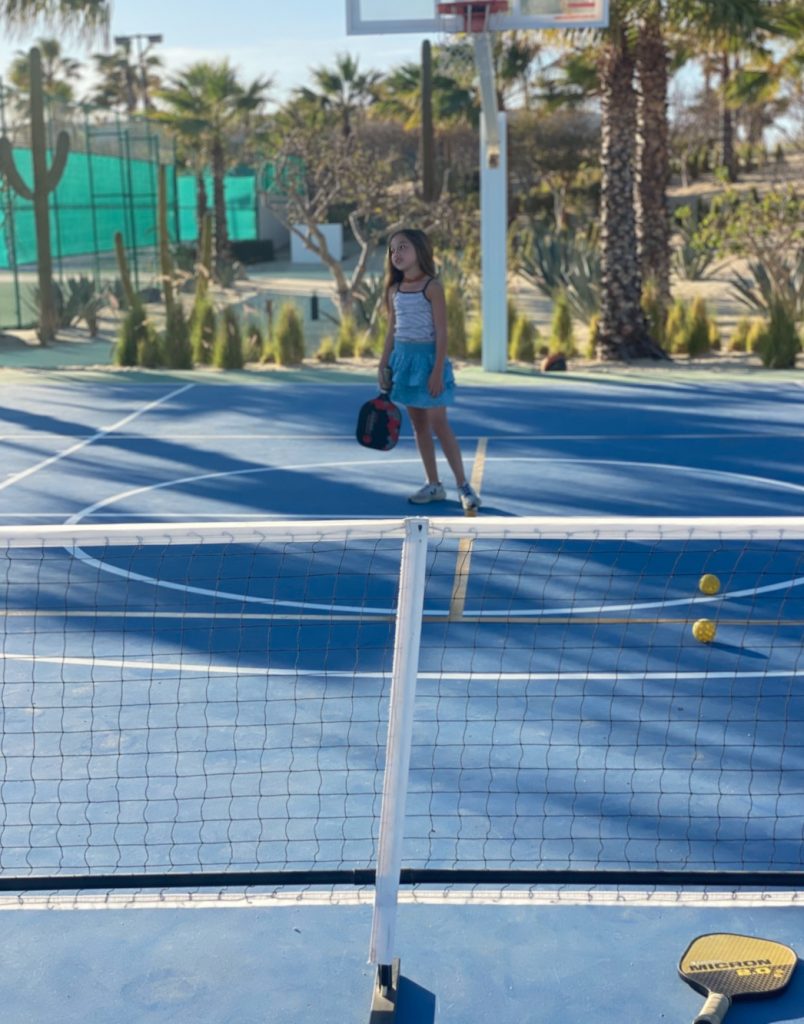 It is *SO* fun and randomly easier to play for the kids…. 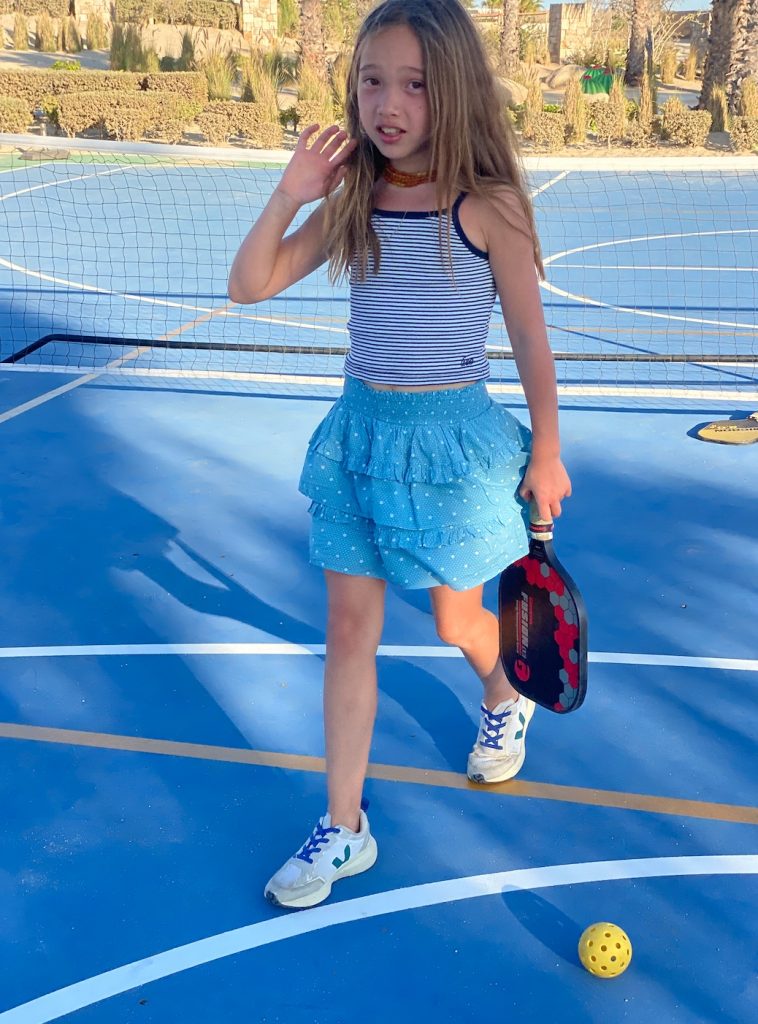 This photo is mainly to show you all her awesome tennis look. 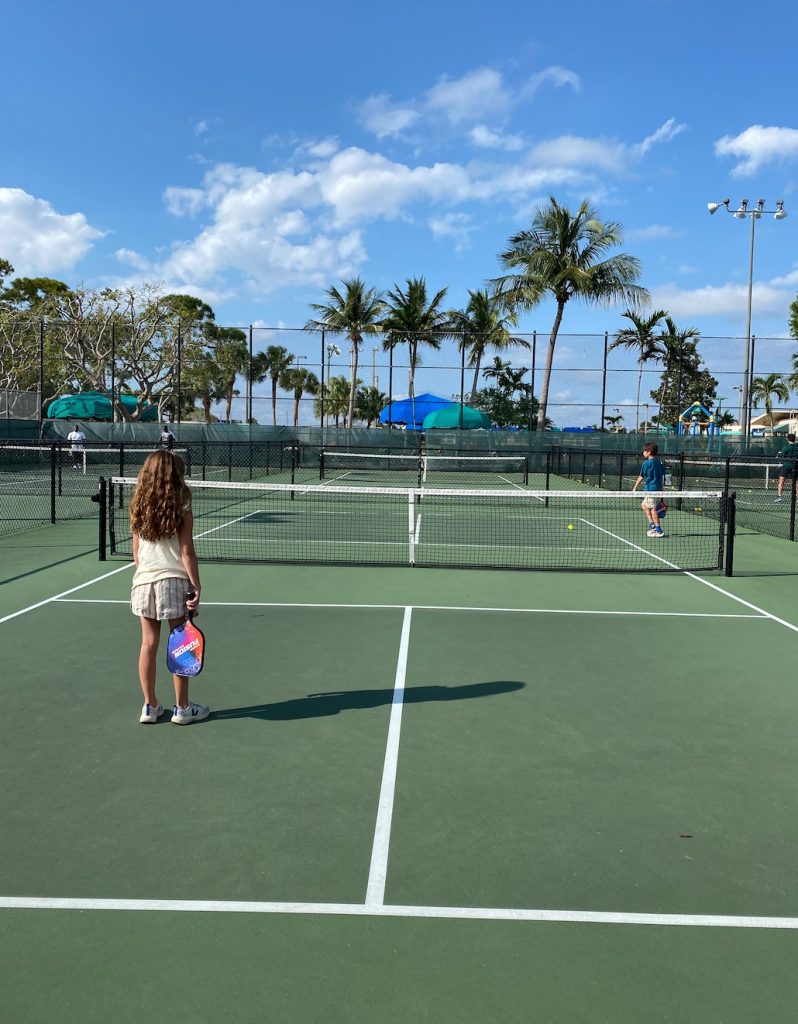 When we landed in Florida, the first thing we looked at was where we could find pickleball courts — and sure enough, in the land of old people (pickleball is a huge hit right now for the baby boomers), there are courts EVERYWHERE. 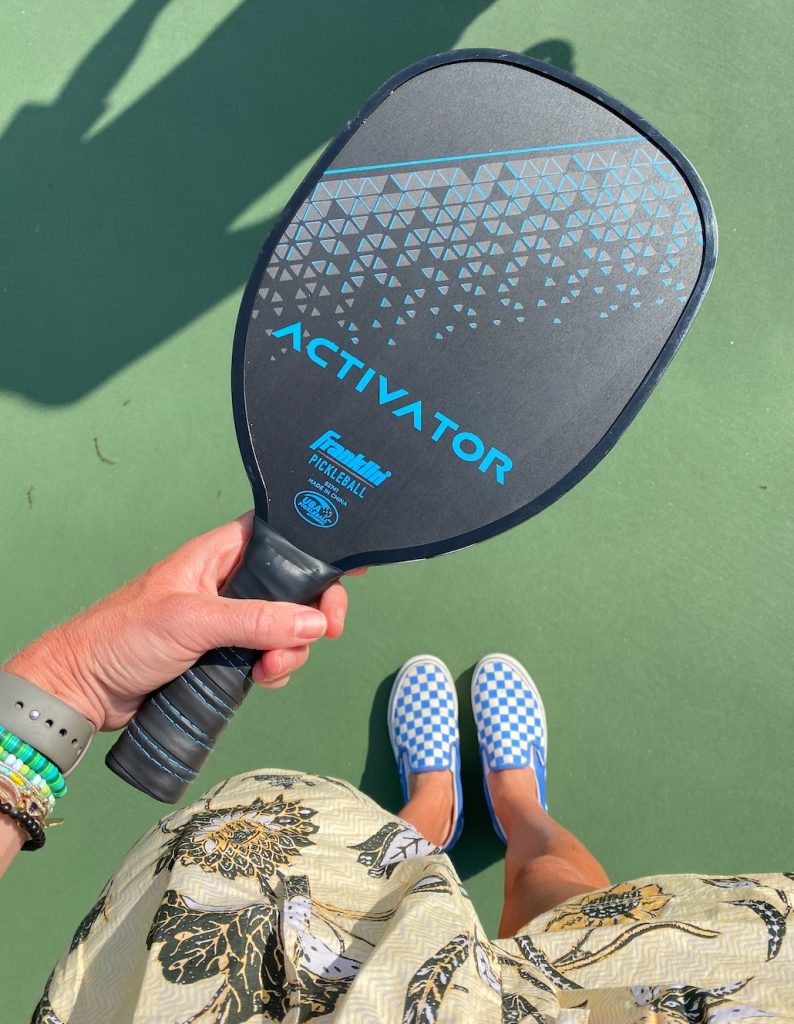 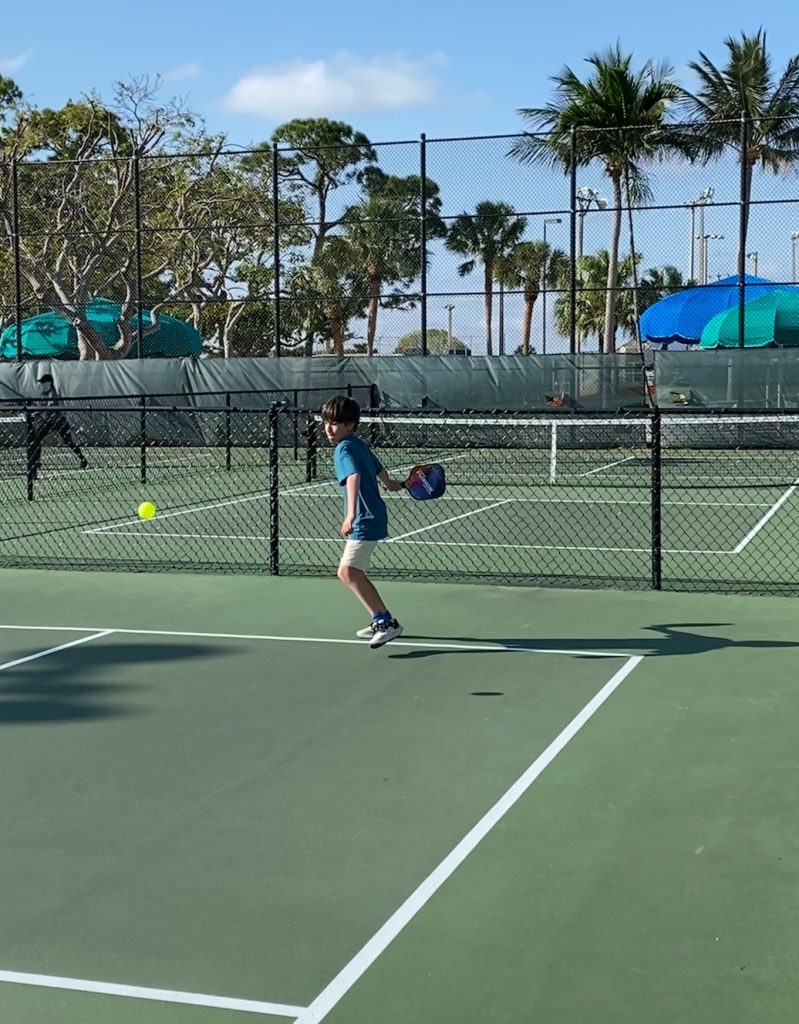 The best set of public pickleball courts were a 10 minute drive and were incredible — six of them. Always full of people (one day we swear there were three professional tennis players playing). Such a diverse group of people, too! 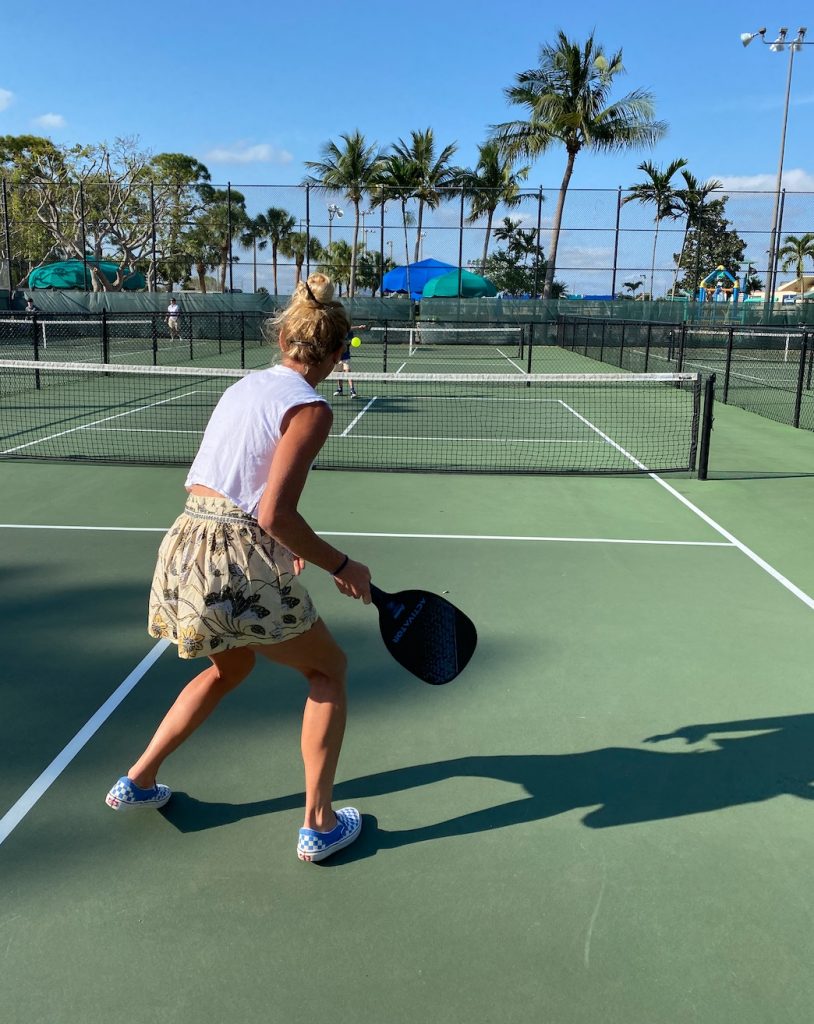 My awesome pickleball look … and swing, too. As a veteran tennis player (I grew up and competed in tennis in high school), I would think I was better than I actually am, but SIGH, back to the basics. 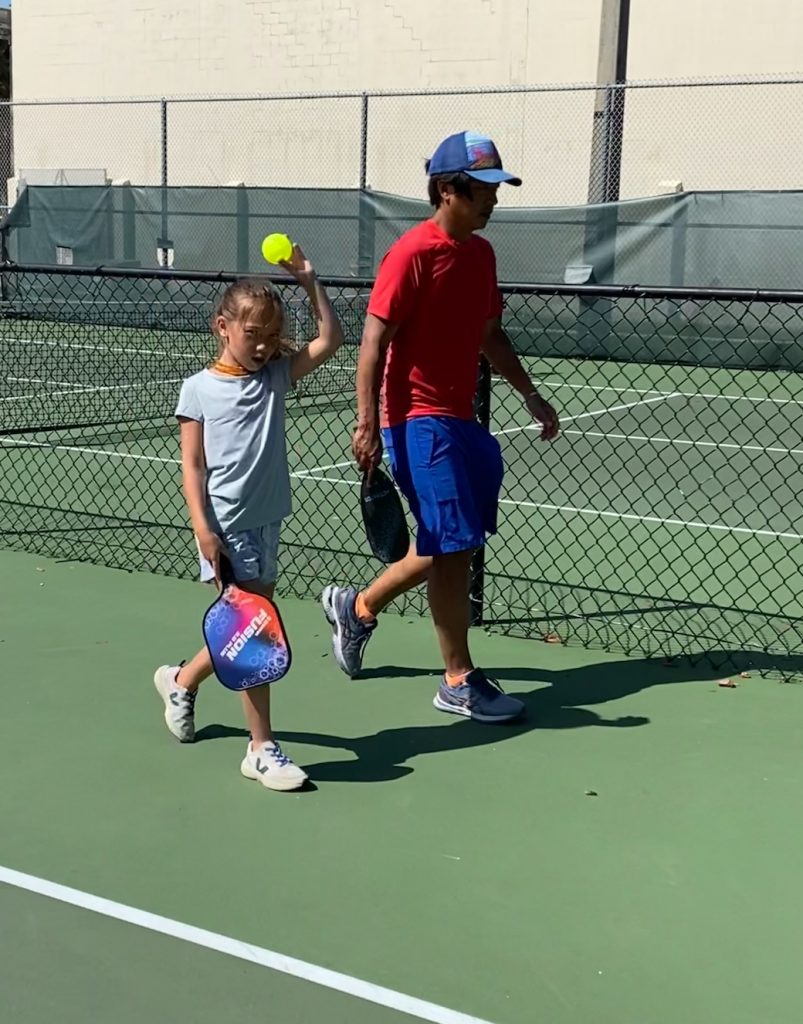 The kids much preferred to play with Ken than with me… 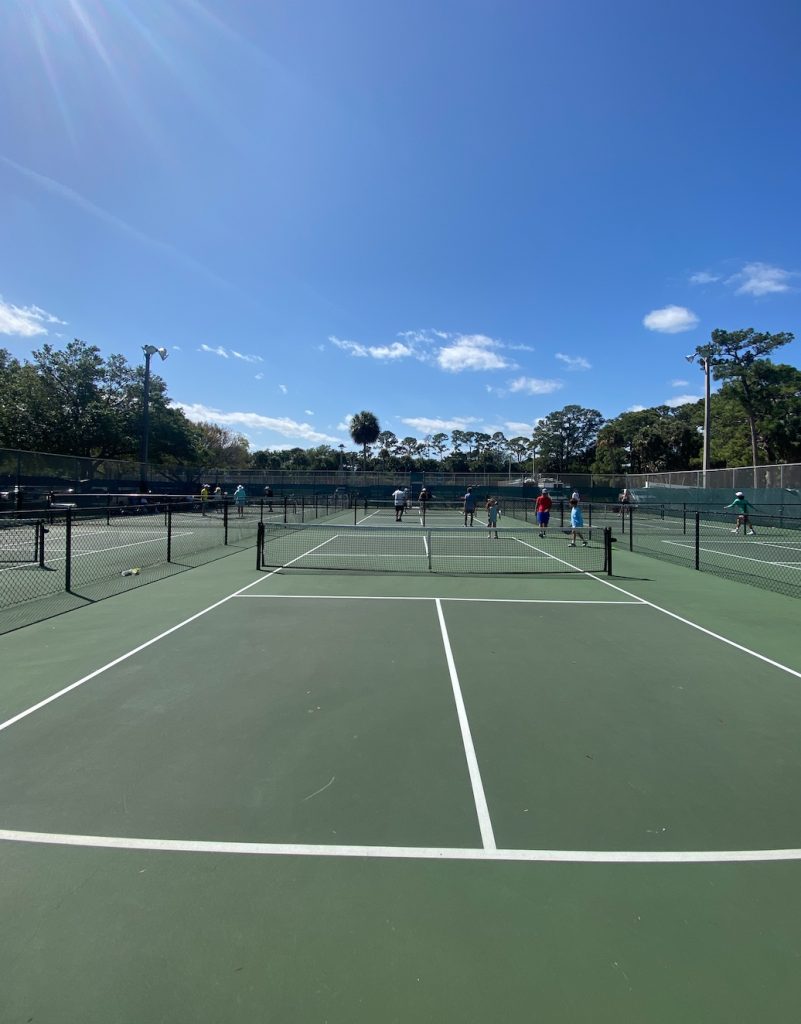 I CANNOT wait to play in NYC! And if you haven’t played yet, OMG, YOU MUST!!!!!! It is SOOOOOOOOOOOOO fun! And if anyone wants to play with me in the city, holla at me. Here is to new hobbies and fun!