So, thanks to everyone who read last week’s recap of Fashion Star, the new fashion-based reality show on NBC. Based on the great feedback and traffic (umm.. thanks Macy’s Facebook page!), the Fashion Star recap is going to become a weekly feature.  Reality Steve, (actually, make that Lost Angeles) here we come!

I was really excited for Week 2.  The first week of a new reality show is like an awkward 7th grade slow dance.  The boy (the show) is trying to be cool and make a good impression, but occasionally gets way too excited and does something out of control (i.e., the opening with the rock music and the models strutting out in Elle MacPherson Intimates).  The girl (me.. and um, my husband) is trying to feign disinterest, and downplay any attraction. She pretends like she “isn’t into it” and “doesn’t have time” to commit.  But in the end, she knows she is in it for the long haul, and needs to rearrange the priorities on her DVR.  Peter Gabriel, anyone?

Without further ado, here are the Josie Girl’s Top 10 Takeaways from Week 2 of… Fashion Star!

1.  Favorite 1: After not being in it to win it to in it last week when she put a tie-based accessory over other people’s clothes, Kara put out some rocking looks this week.

Her boxy dresses were chic, modern, wearable, and flattering. And, like the Josie Girl, she’s a teacher!  Kara took a huge step up. FAR AND AWAY my favorite looks this week.  Available at Saks! 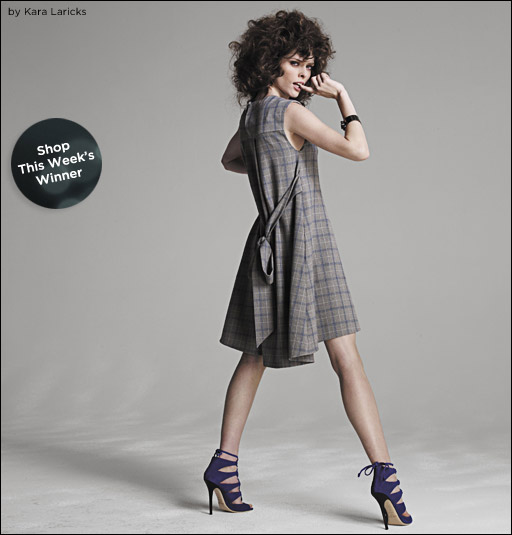 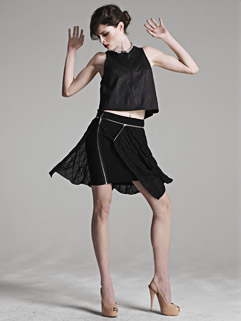 2.  Terron… Schaefer: For the second week, the Saks buyer brought it. His presence brings a dignified air to the show, and I LOVE his demeanor, sophistication.. and wardrobe!  I don’t think the show would be the same without him. Is there a rule that every fashion/dancing/food based reality show has to have an older, dignified judge with a cool voice?  I feel like that’s written down somewhere.  And I wish Ken would grow his facial hair.  Not going to happen.

3.  Jessica Simpson: She is continuing to grow on me, and seems very approachable and real. I saw some other people criticize her last week, and say she shouldn’t be a judge. People… she has a BILLION dollar clothing business, bigger than any other celebrity! Anyone else who has their own billion dollar business has the right to say she shouldn’t be a judge.. Everyone else?…. Zip it!

And did you see her on this month’s Elle cover? As a 7-month pregnant lady, I hide my whale body in jackets and billowy sweaters, so the fact that she can rock an uber naked body on a magazine cover is amazing — hats off to her! 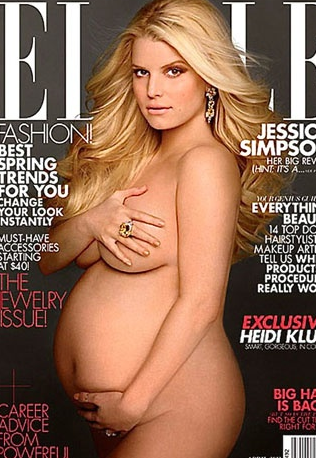 Brave, at-peace, and beautiful. Jessica Simpson rocking out in her birthday suit on the cover of Elle.

4.  Nicole Richie’s headbands/Elle Macpherson’s sequin shirt:  Suggestion to producers: instead of limiting the available looks to the designs created by the contestants, can we PLEASE include the wardrobes of the judges?  If so, I would take Nicole Richie’s headbands and Elle Macpherson’s sequin shirt from last night in a second.  They both looked great.. Can we just make the show about them?

5.  Oscar vs. Orly: I hate conflicts, personally.  But I love watching reality shows produce conflicts between contestants (that’s the whole fun of it, right?). So I am glad the show took some time to document the dislike between Oscar and Orly (a.k.a., Emily and Courtney, and Tamra and Gretchen – until this year)

“Oscar is obnoxious.  He is always screaming, and in my opinion, he is living in Oscar land… That’s just annoying to me.”- Orly

“Orly is just like a really, really annoying human being. She just makes my life miserable.”-Oscar

“I just want to take his top hat, and **** h**.” – Orly (This is one of those cases when you can’t figure out what the bleeped out expletive was.  I am not sure anything really makes sense here.)

Reality TV.. This is why we love it.

6.  Reality TV Aside:  Survivor? American Idol? I can never talk about Survivor or American Idol with any of my friends anymore, because everyone is so over them. I honestly think I might be the only person in the US who still watches both shows….As boring and repetitive as they rare, I still love them. (Who is your Idol favorite this year? Let me know!) 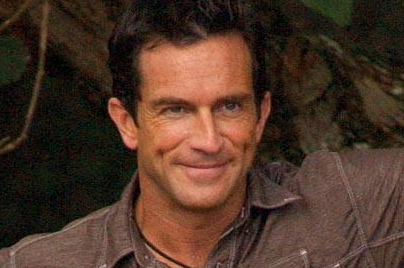 Not going to lie, Jeff Probst is one hottie.

7.  Commercials: In order to live tweet the show, I had to watch Fashion Star live (@JosieGirlBlog for those of you on Twitter).  I can’t remember the last time I had to watch a show live (my DVR is probably one of my top 5 prized possessions).  I completely forgot how annoying commercials are! Yes.. cry me a river… #21stCenturyProblems.

8.  Ross Bennett: Ross, who frequently goes out of his way to point out that he is straight (and married), has been a bit of an enigma.  He has frequently been complimented on his personal style and his tailoring skills, but his clothes always fall short of receiving a bid from the buyers. I guess the bow tie is cute (and different), but the sunglasses on top of his head 24-7 thing kind of kills me.  It’s one thing if you’re outside, and there may be a possibility that you would need sunglasses.  But c’mon Ross.  It’s dark inside.  Can’t you take those things off of your head?  Please?  And yes, I know you are straight (and married).

9.  Favorite 2: Nzimiro’s men’s looks got bought for the second week in a row. Congrats! It was good to see more of his personal story too. He gave up an engineering career to be a designer.  And it was kind of funny to see his parents, who could not have looked less psyched about his career decision.

Fortunately for him (and them), he has been one of the few consistent positive surprises on the show.  His men’s shirts were well-tailored and slim fit, and the diagonal pocket gave them a little bit of distinctiveness. 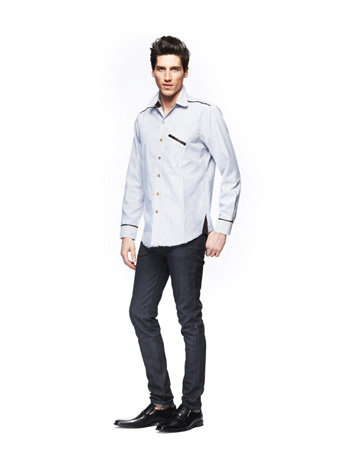 10.  Final Result: Usually, reality TV producers keep lightning rod characters on a show longer than warranted due to ratings and viewer attraction (Bentley! Wes!), so I assumed Oscar would be on the show for a while.

Unfortunately, his looks were passed on two weeks in a row, and the buyers made their decision to get rid of him.  Sadly, the Oscar vs. Orly conflict has seen its end (hopefully a new one will come up).  Some people jokingly say about cute people that “I want to put him in my pocket.”  Oscar is so small, I literally think I could put him in my pocket.  And I have small pockets.

Readers.. what did you think of Week 2?  Did any of you buy anything? Comments please!!!