Over the weekend, I watched the documentary film “Paper and Glue,” and I loved every minute of it. Recommended to me by a documentary producer friend in LA, I knew it had to be good. Upon reading more about the film, I realized it was about the artist JR, who I have been following and admiring over the past year. 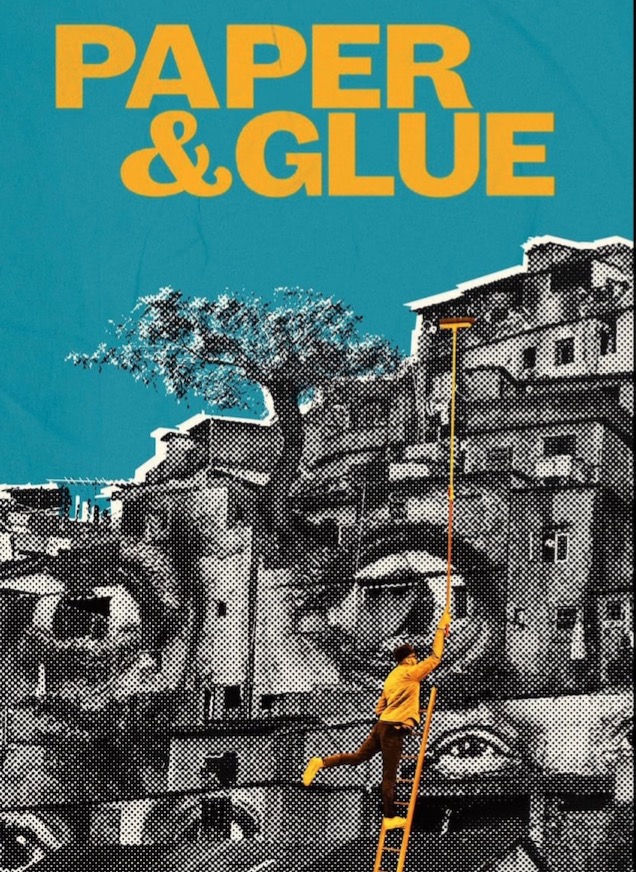 Paper and Glue — you can watch it on Youtube.

JR is a french artist and photographer who pastes black and white photos in large scale in different places. All of the projects give a voice to those he has photographed and allows the world to see them. Immigrants, women, the projects, inmates. 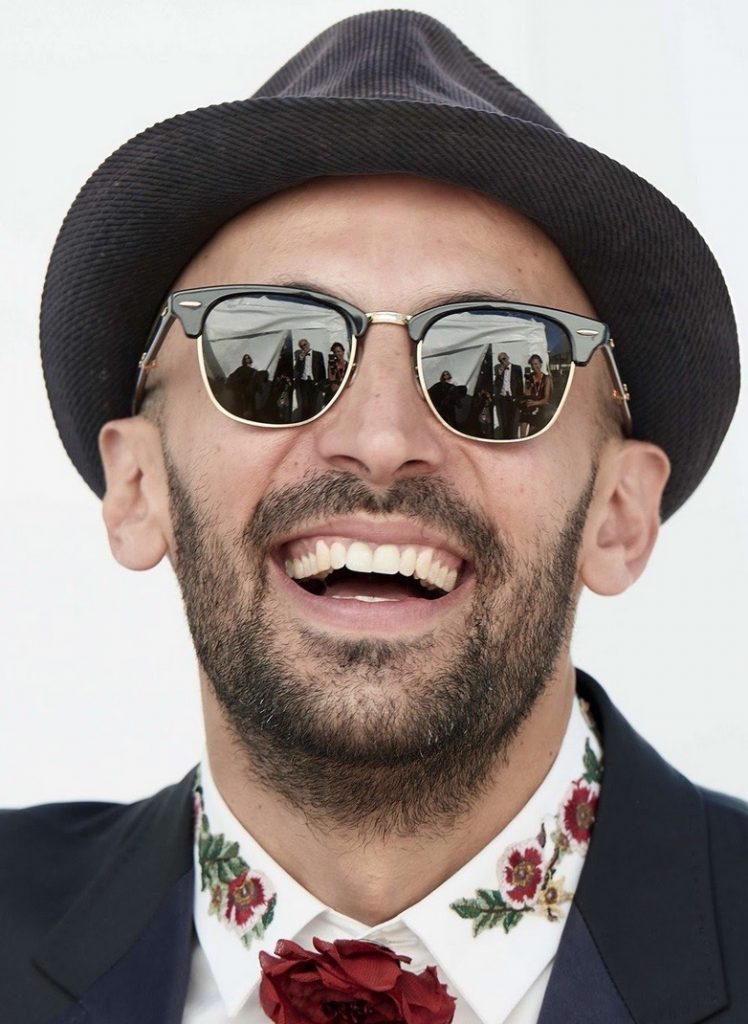 JR — French with immigrant parents. Started out as a graffiti artist, and then a street artist, and now has done projects all over the world. And how cute is he???

This film follows JR around to several projects where he uses large scale photographs in unusual placements that give a global voice to everyday people through a combination of public art and photography. 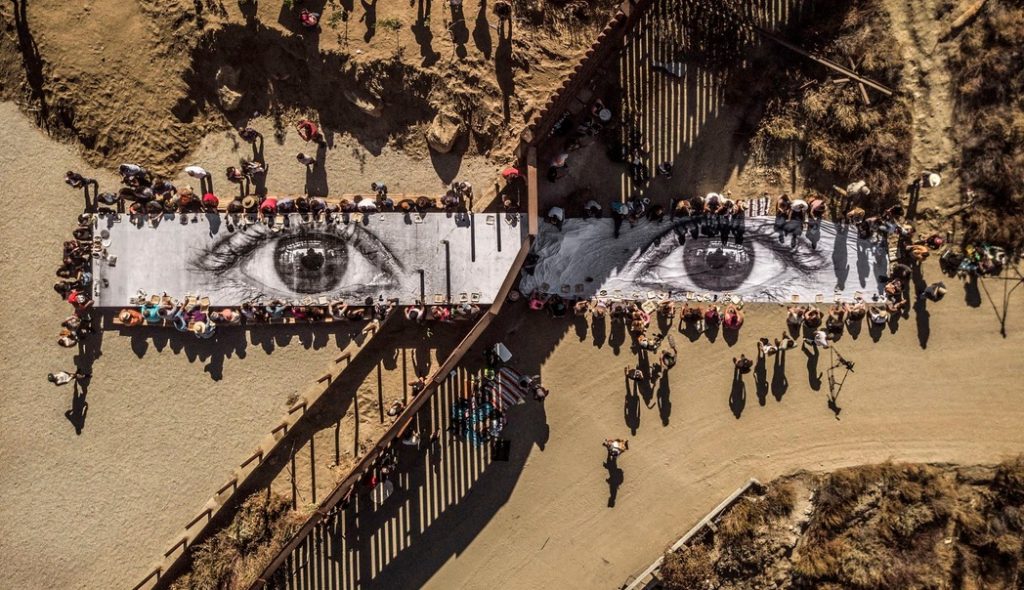 The Mexico – US border, done in 2017. Very impactful and heartwarming. To see more about the creation, you have to watch the film. It is SO good. 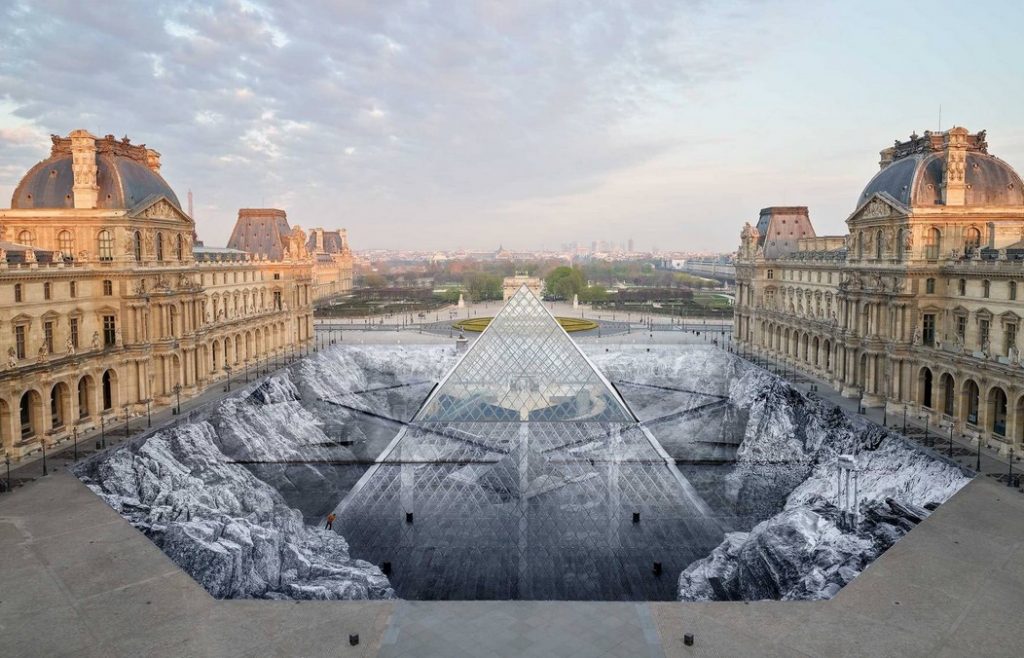 A 3D optical illusion that JR did in 2019 on the ground of the Louvre. 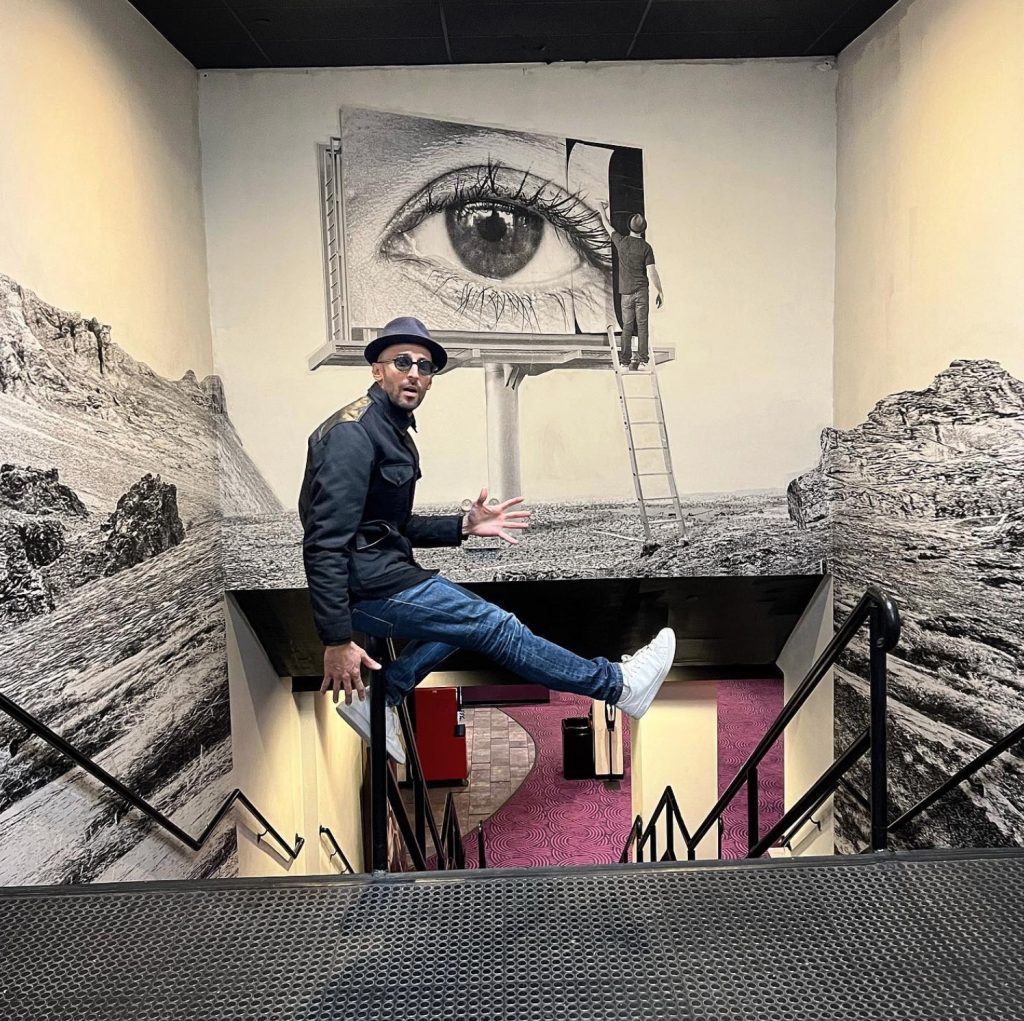 In NYC. I want to meet him! He is a genius man with an incredible heart. 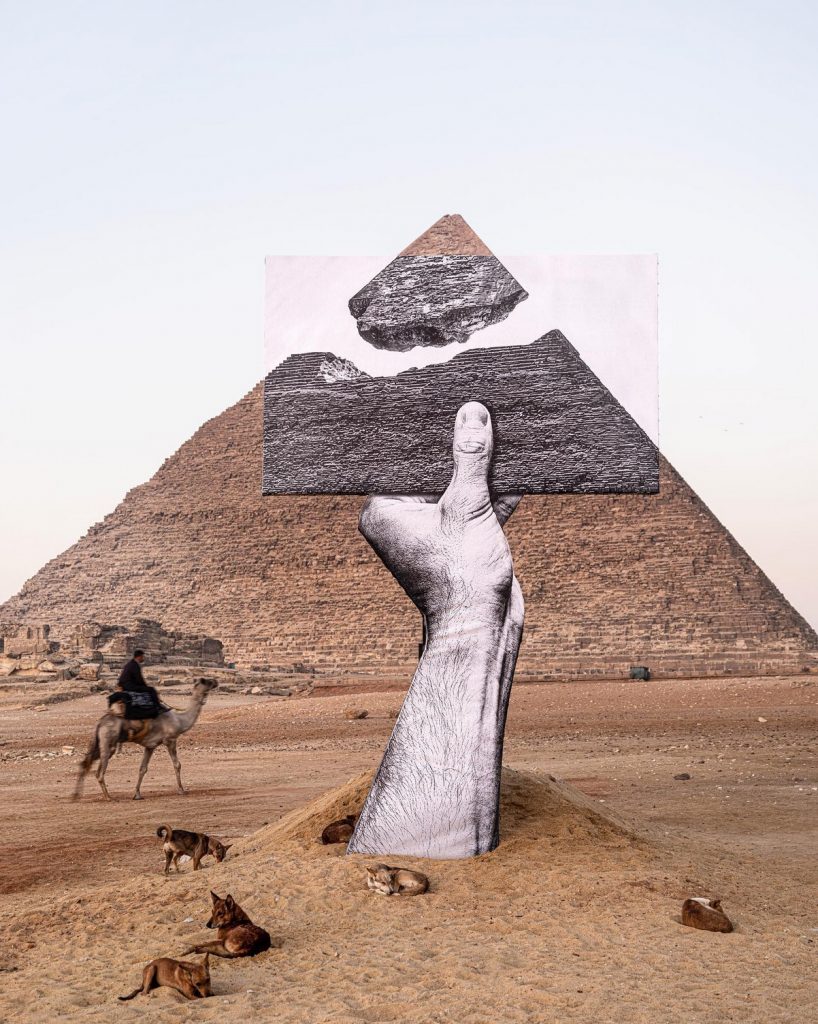 I highly recommend watching this movie — ever so uplifting and powerful.